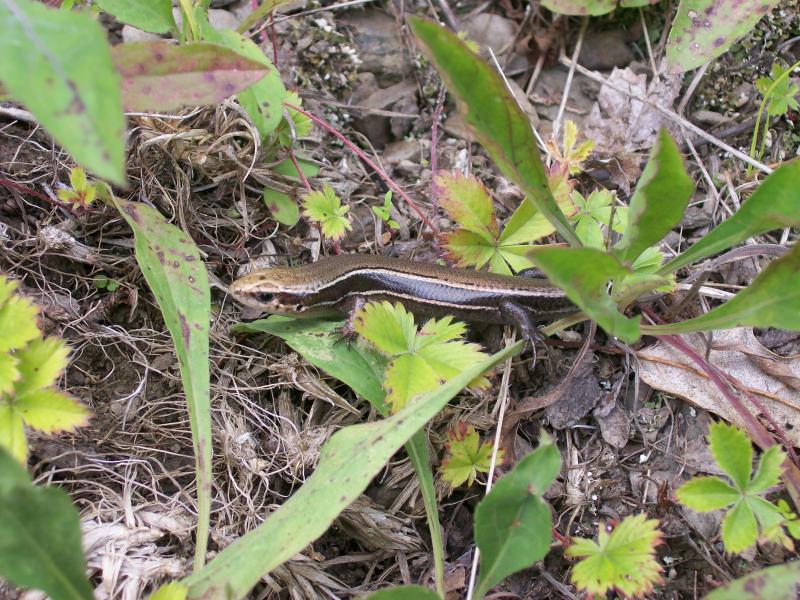 State Protection
Game with no open season
Defined as a Game species (other than birds) by New York State law, but there are no open seasons set and the species may not be hunted or taken at any time in New York.
Federal Protection
Not Listed

In order to avoid predation, coal skinks are able to drop off a piece of their tail to escape or distract predators.

Certainly fewer than 20 locations have been documented. Populations are probably localized as some of the known habitats are unusual wetlands or ridgetops. However, presence in cutover woods at one site combined with its secretive nature suggests more occurrences may exist. No concerted inventory efforts for the species are known.

The short-term trends for this species in New York are unknown, but it appears the populations are stable or possibly declining. Coal skinks are known from only ten locations in the state, as well as two historical locations.

Long-term trends are unknown, but are likely stable or possibly declining.

There are several conservation strategies that would serve to conserve and improve habitats for coal skinks. One of the most important conservation strategies for these skinks is to conserve known sites and ensure sites remain somewhat open. Controlling woody vegetation, including invasives, and introducing frequent disturbances to the habitat may be necessary (Titus et al. 2010). Titus et al. (2010) found that shrub cover was significantly less at sites with coal skinks than at sites where skinks formerly occurred but no longer seem to occur. Habitat management activities should be spaced out every several years and done at times that are not likely to endanger the skinks. Other management practices that will improve habitats for skinks are to leave stumps, logs, and other coarse woody debris following timber harvests or other management activities, and ensure that the forest floor structure is maintained in as natural a state as possible (Mitchell et al. 2006). Avoid fragmentation of large blocks of forests with roads, field crops, developments, and other barriers between them. Management activities should strive to protect habitat features within occupied forests, such as vernal pools, springs, seepages, and rock outcrops (Mitchell et al. 2006). Prevent or reduce ATV usage in areas with coal skink populations to reduce mortality.

Search for new populations of skinks and determine their distribution throughout New York. Estimate coal skink populations at sites with the most stable populations.

Coal skinks can be found in habitats near water, most frequently moist forested areas near swamps and other wetlands (Gibbs et al. 2007). Sometimes the skinks are found on dry rocky hillsides and shale barrens with water nearby. Habitats must include plenty of cover objects, such as boards, logs, leaf litter, and loose flat rocks. Sometimes they take refuge in water. One nest was under a piece of shale (Mount 1975).

Recent records from 5 of 57 counties (9%) plus older records from several others. All records are from the central western part of the state (lake plains and southern tier). Populations appear to be quite localized.

These skinks have smooth, shiny scales and a brown or greenish back (Gibbs et al. 2007). They have two wide dark brown or black stripes running along the side of the body bordered by bright yellowish stripes. Males can get a reddish coloration along the jaws and sides of the head during breeding season. Juvenile skinks have a blue or dark violet tail.

These skinks are mostly diurnal. In order to avoid predation, coal skinks are able to drop off a piece of their tail to escape or distract predators.

Coal skinks breed from April - May in New York when they seem to be most observable, but they remain active throughout the summer and fall.

The time of year you would expect to find Coal Skink present, active, and reproducing in New York. 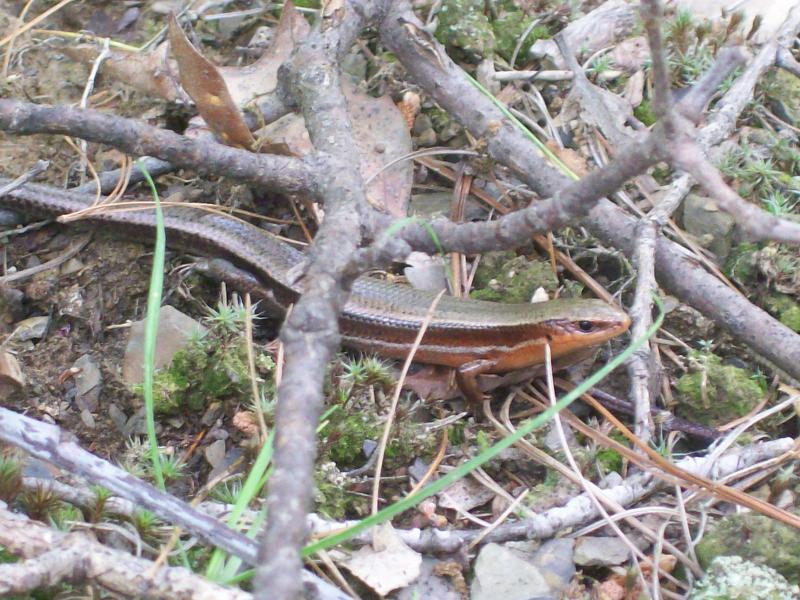 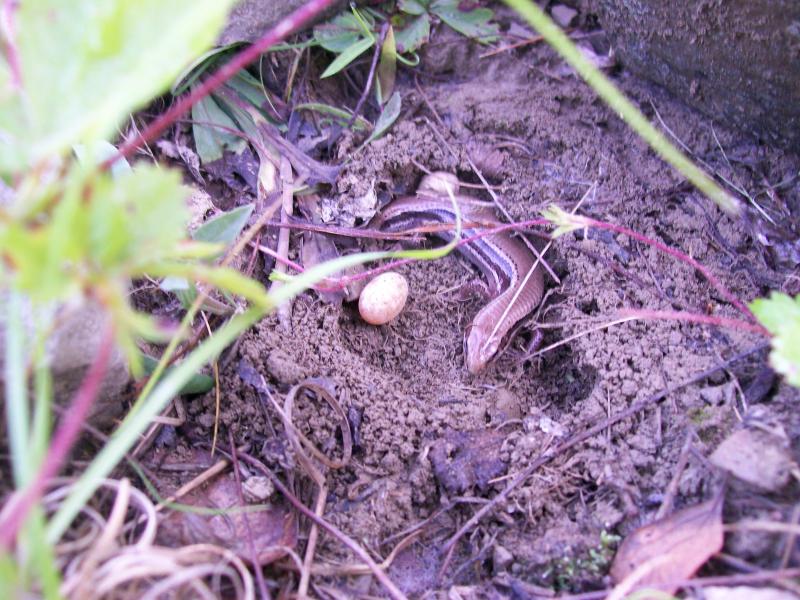 Information for this guide was last updated on: November 30, 2018