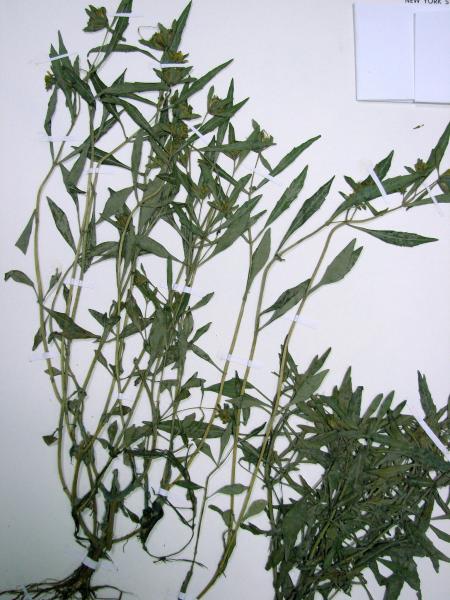 State Conservation Status Rank
SNA
Not Applicable - A state conservation status rank is not applicable because the species is not a suitable target for conservation activities (e.g., species is a hybrid, a domesticated species, not native to New York, an accidental or infrequent visitor outside of its normal range, a transient or migrant just passing through the state, or a species with only unconfirmed or doubtful reports).
Global Conservation Status Rank
G4T2T4
Imperiled or Vulnerable globally, or Apparently secure - Conservation status of the subspecies/variety is uncertain, and could range from high to moderate risk of extinction due to rarity or other factors, or could be uncommon but not rare globally. More information is needed to assign either T2, T3 or T4. (The species as a whole is apparently secure globally.)

Estuary beggar-ticks is part of a confusing array of Bidens species that grow in the estuaries of the Hudson River. Surveying for this species is difficult because bloom time is short and its tidal habitat is available only for a few hours a day during low tide. Consequently we have very little information on the distribution of the species in New York.

Each existing population has only been surveyed once and follow-up survey work needs to be done to understand how these plants are doing in the short term.

This species is threatened by phragmites that has taken over some of the marsh habitat where it grows. More survey work needs to be done to find out if present populations still remain or if phragmites has eliminated their habitat completely. Recreational boating may have some effect on populations as docks and landings are constructed near its habitat.

Phragmites needs to be controlled in and around current populations.

Research into habitat preference could discover why this species is not more common in the large expanses of tidal marshes along the Hudson River.

In New York this plant is found only in freshwater tidal marshes and mud flats on the lower Hudson River upstream as far as Dutchess County. Historically it was collected as far north as Albany County.

This plant occurs from Quebec and Ontario through the Maritime provinces and coastal New England States, reaching its southern limit in New York.

Delmarva Beggar-ticks is an annual, opposite-leaved herb of tidal shores and mudflats. It has coarsely-toothed leaves which narrow at the base into slender petioles. Its flower heads are entirely discoid (lacking petal-like ray flowers), about 5 to 15mm wide, and erect. The disk corolla is 4-lobed, and the fruit are achenes. These achenes have awns with antrorse (upward-pointing) barbs along the margins (visible under magnification).

Mature flowering heads are required to positively identify this species.

Bidens laevis and Bidens cernua have a mature disk that is wider than 1.5 cm, 5-lobed disc flower corollas, and fruiting heads that are often nodding. Bidens hyperborea, B. laevis and B. cernua all have sessile leaves and achenes with retrorse (downward pointing) barbs. Bidens cernua has a stem that is soft and usually hispid (B. bidentoides has glabrous stems).

Bidens hyperborea flowers from mid-August through September, and fruits from mid-September into October.

The time of year you would expect to find Estuary Beggar-ticks flowering and fruiting in New York. 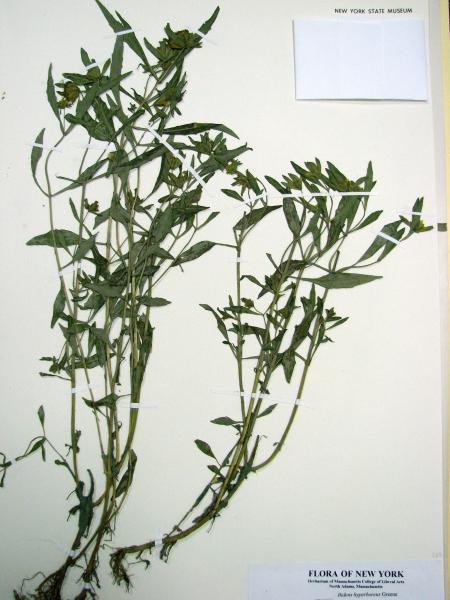 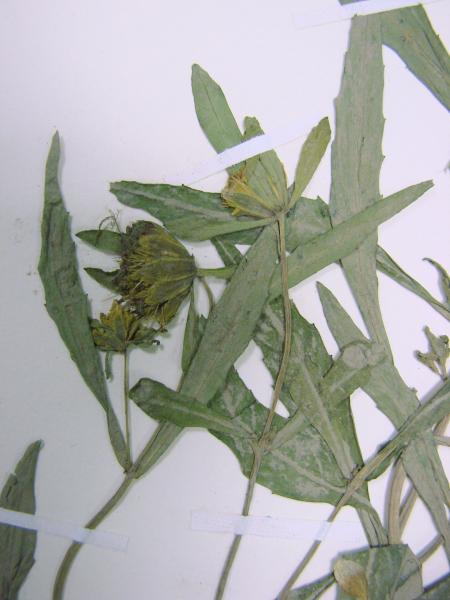 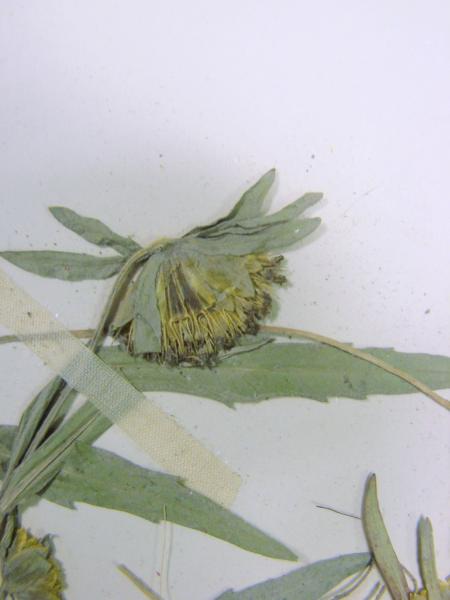 All of our Bidens hyperborea are variety hyperborea.