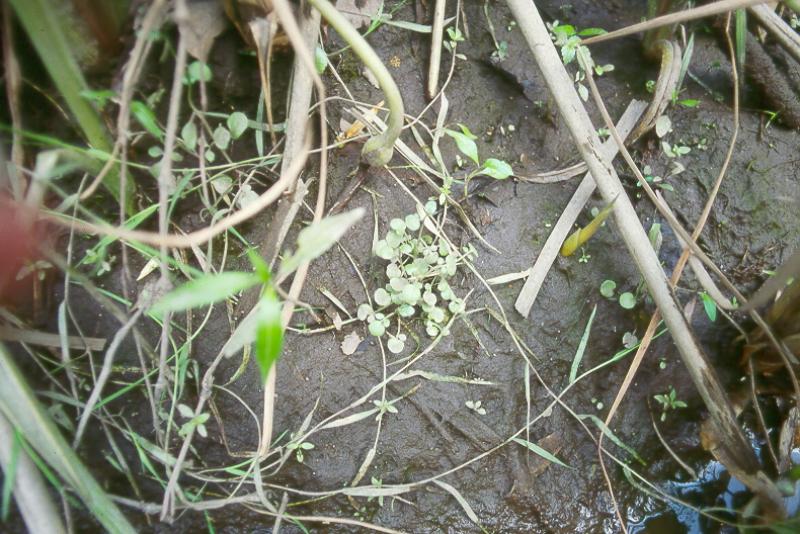 State Conservation Status Rank
SNA
Not Applicable - A state conservation status rank is not applicable because the species is not a suitable target for conservation activities (e.g., species is a hybrid, a domesticated species, not native to New York, an accidental or infrequent visitor outside of its normal range, a transient or migrant just passing through the state, or a species with only unconfirmed or doubtful reports).
Global Conservation Status Rank
G3?
Vulnerable globally (most likely) - Conservation status is uncertain, but most likely at moderate risk of extinction due to rarity or other factors; typically 80 or fewer populations or locations in the world, few individuals, restricted range, few remaining acres (or miles of stream), and/or recent and widespread declines. More information is needed to assign a firm conservation status.

This plant is named for one of its discoverers, Bayard Long, a famous Pennsylvania botanist from the early 1900s. This is one of the few rare plants in New York where we have discovered more new populations than known historical populations. This may be due to the increased exploration in the last 20 years of the difficult terrain of freshwater tidal mud flats.

This plant of tidal areas was once thought to be restricted to Long Island but in recent years has apparently been expanding its range northward up the Hudson River. Of the eleven known populations, nine are located along the Hudson River. The habitats on Long Island have been exploited, but most of today's known populations are found in protected landscapes. This inconspicuous plant is easily overlooked, so more populations are likely. Typical populations range from a few individuals to a few hundred plants.

More populations have recently been found along the Hudson River. Whether these have been here all along and only recently reported or if this plant has spread up the Hudson River is unclear. Since this is such an inconspicuous plant of tidal mud, there is a good probability they were simply overlooked for many years.

Similar to the short-term trend information, we can surmise that the long-term trend has at least been stable. There is a possibility this plant has spread northward and increased its numbers within New York, but documenting this positive trend will be difficult.

Habitat has been exploited on most of Long Island but the Hudson River occurrences seem to be secure.

More research is needed to determine the best time to search for this plant. It seems that before late May and after mid-July it is very difficult to see this plant.

A small plant limited to the estuaries of Long Island and the Hudson River.

This is a small delicate mustard relative whose leaves and weak stems are often covered with mud from the tides. There are usually less than ten undivided leaves arranged alternately along the stem. They are rounded to kidney shaped. The small flower and fruit stalk arises from the top of the plant. The tiny flowers do not have petals and produce very narrow, oblong, thin, papery fruits about 5-10 mm long.

The leaves of this mustard relative are simple and reniform to suborbicular with a cordate base. Rarely there is a pair of rounded leaflets near the leaf base. The flowers are apetalous, 0.7-1.2 mm long, and subsessile. The siliques are lanceolate (5-10 mm long) and on thick pedicels (0.5-1.5 mm long).

To properly identify this plant, one should have a mature plant with fruits and leaves.

C. pensylvanica is the other Cardamine species most similar and closely related to C. longii. Pennsylvania bittercress has larger fruits (1.7 to 2.7 cm ) than those of C. pensylvanica (0.5 to 1 cm). In addition C. pensylvanica stems have stiff hairs near its base (C. longii has a smooth stem), and obviously pinnate or pinnatifid leaves.

This plant fruits from June through September, with some stalks occasionally persisting into October. Flowers are very small and often difficult to see, especially since they are often mud covered. Surveys should be conducted during the fruiting period.

The time of year you would expect to find Long's Bittercress vegetative, flowering, and fruiting in New York. 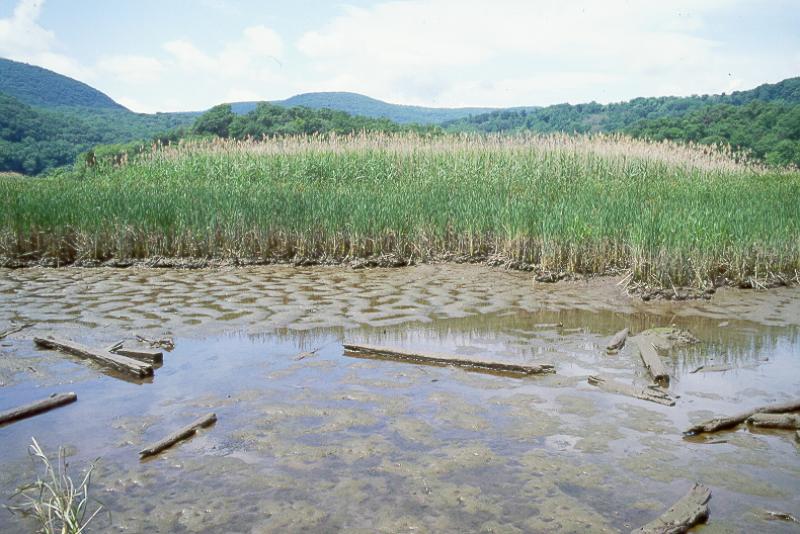 The taxonomic status of this plant requires investigation. L.M. Eastman suggests that this may be just a growth form of Cardamine pensylvanica whose morphological expression is greatly influenced by tidal action (Crow 1982).