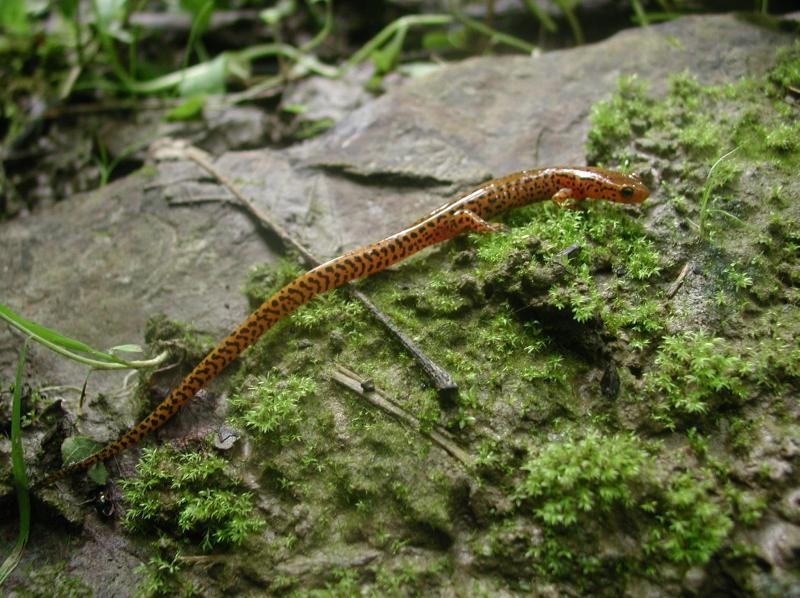 Lungs are absent in the longtail salamander, as well as in all salamanders of the family Plethodontidae. Respiration is accomplished through the skin and the lining of the mouth (Conant and Collins 1998).

Approximately ten historical locations were noted by Bishop (1941), but only one location has recently been confirmed. Approximately 12 locations were reported in 1998 and 1999 for the New York State Amphibian and Reptile Atlas. Since 1999, one additional location was reported in 2002. New York is at the northern limit of the range and the state range may be more restricted or localized than is suggested by Conant and Collins (1998). The species may also have fairly specific habitat requirements but future survey efforts are likely to confirm additional populations.

Although the short-term trends are not well understood, the statewide population is not likely to be increasing. Wherever stream water quality has been significantly reduced, populations can be expected to decline. Additional data is needed to determine if the population is stable or declining.

This species was historically located north to Albany, with approximately ten historical locations noted by Bishop (1941) but none of these have recently been confirmed. It is now possibly restricted to the southern tier and southeastern counties west of the Hudson River.

There is a need to develop a management plan for this species and other selected stream salamander species in New York.

Research needs include determining the distribution, population status, and habitat suitability throughout the state.

Transformed individuals and adults are found in moist or wet terrestrial situations, usually along the borders of streams, swamps, seeps, marshes, etc.

This species formerly occurred north to Albany, but is now possibly restricted to the southern tier and southeastern counties west of the Hudson River. Within this range, it appears to be fairly localized.

The length of adults ranges from 10-15.9 cm (4-6.25 inches), with the record being 19.7 cm (7.75 inches). The ground color varies from yellow to orange or even red, and vertical black markings are present on the tail. These markings are usually conspicuous, although they may vary from the herringbone or "dumbbell" theme that is often described. The black markings on the tail are larger and more conspicuous on some individuals from scattered portions of the range. The young have a relatively short tail (Conant and Collins 1998).

Longtail salamander adults are usually terrestrial and nocturnal (Pfingsten and Downs 1989). Based on observations in New York as well as observations in New Jersey and Indiana (Petranka 1998), adults are likely to be active from late April to October. Adults and juveniles disperse to winter underground retreats in October in New Jersey (Petranka 1998), and are likely to do the same in New York.

The time of year you would expect to find Longtail Salamander present and reproducing in New York. 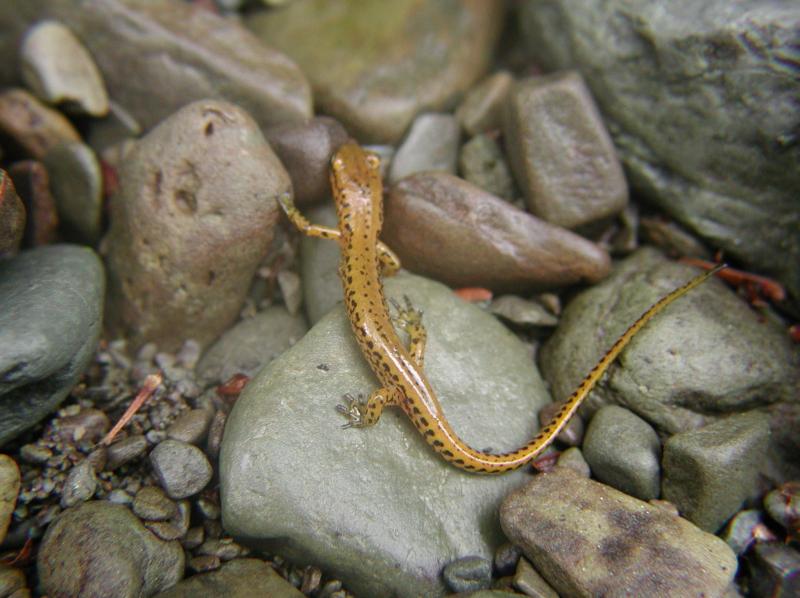 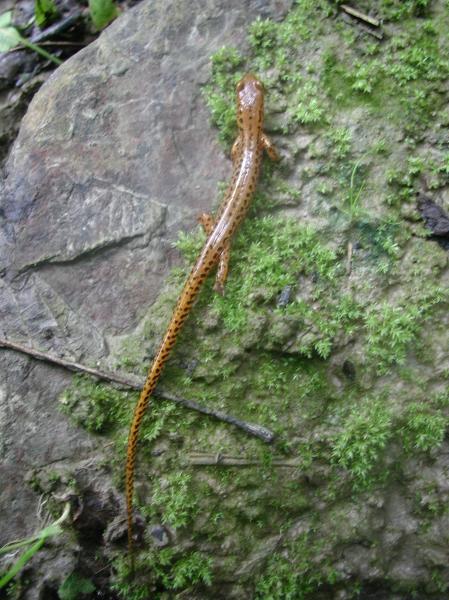 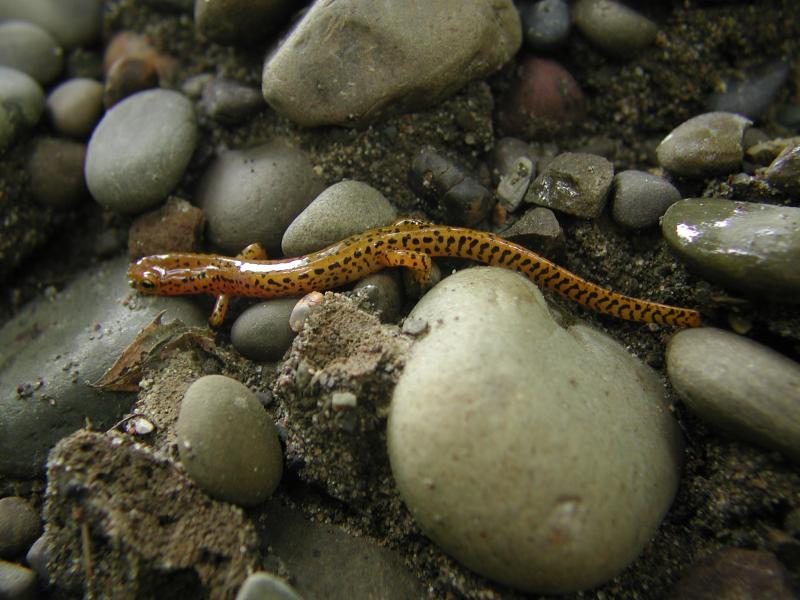 Valentine, B. D. 1962. Intergrading populations and distribution of the salamander EURYCEA LONGICAUDA in the Gulf states. J. Ohio Herpetol. Soc. 3(3):42-51.

Information for this guide was last updated on: July 12, 2005