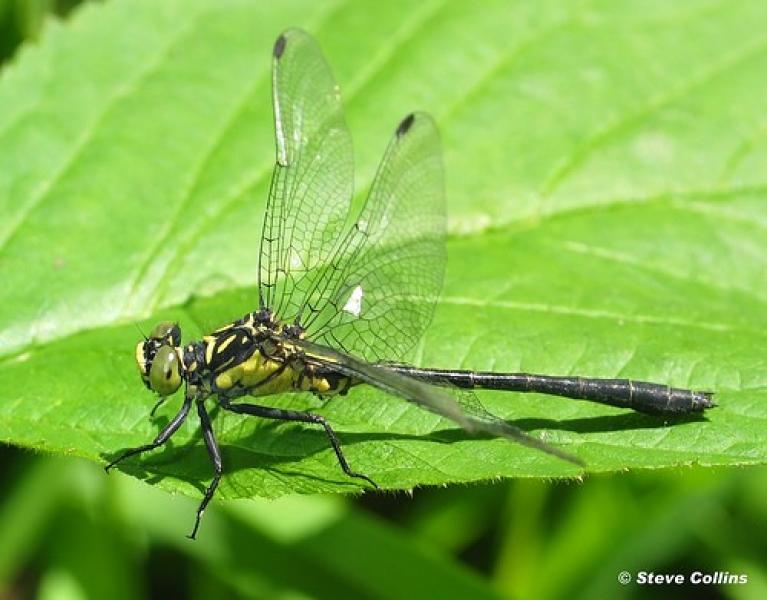 There are only three Lanthus species worldwide and they are some of the oldest known living insects, about175 million years old. Two of these are Appalachian residents and both of them are found in New York. The third, L. fujiacus lives in Japan. Very wide disjunctions across oceans such as this are believed by biogeographers to signify an ancient connection, speaking to the great age of these groundwater-fed forest obligate insects (Corser et al., 2014).

Lanthus is a very old (175 million years) genus with just two members in North America. It is a secretive inhabitant of forests adjacent to pristine, spring-fed brooks, seepages and small rivers. Larvae are intolerant of excessive sedimentation and therefore make excellent indicators of high quality waters. Its distribution appears to have recently shifted northeastward and shrank considerably so that within New York there are currently only about five known extant locations (White et al., 2010).

Declines in county-level distributions since 2000 throughout the entire Northeast, including New York (White et al., 2015) have been documented. The species was known historically from eight counties, but during intensive surveys statewide in 2005-2009, it was only found in four counties, most farther to the northeast in the state (White et al., 2010). As a result the southern Pygmy Clubtail's status was upgraded to imperiled (S1) in the state in 2012.

Declines in county-level distributions since 1970 throughout the entire Northeast, including New York (White et al., 2015) have been documented. In New York, this species was not found during a recent statewide Atlas in any of the same areas where it was formerly known from, and seems to have disappeared entirely from the western part of the state and nearly so from southeastern New York as well (White et al., 2010).

This species is restricted to pristine spring-fed seepages and streams and the larvae are intolerant of excessive sedimentation (Carle, 1980). Specific threats could include human-caused changes to natural hydrology of groundwater and/or excessive siltation of streams (i.e., dams, water withdrawls, hydrofracking, urbanization, improper logging techniques); climate change events such as extreme drought and/or increased flooding could alter the temperature and reliability of subsurface flows. Factors affecting the amount and compsoition of riparian forests such as developement and urbanization could also impact populations (SaintOurs 2002).

This species is very difficult to survey for and is easily confused with its congener, L. parvalus. Thus, true trend estimates are difficult to ascertain. Since this is a groundwater and forest obligate, site specific as well as landscape-level management issues related to maintaining high levels of forested cover should benefit populations.

There is very little known about all aspects of this species' life history and population dynamics, especially the secretive adults.

Larvae (in at least 3 different size classes) can sometimes be numerous in spring-fed rills, but the secretive adults are rarely observed. The preferred habitat is small spring brooks and seepage areas, but it can also occasionally occur in small coldwater rivers with very high water quality (i.e., groundwater fed) and therefore can be considered an indicator of waters capable of sustaining native brook trout strains. Territorial adult males perch 3-4 meters above the seep and live in surrounding forests (Carle, 1980; SaintOurs 2002).

Historically this species occurred in a few scattered counties along the southern portion of the state. Today, the range in New York seems to have shifted northeastward; none of the spothern and western counties occupied formerly were found to be occupied in 2005-2009. Instead the species' distribution now encompasses just a few northeasterly counties (Madison, Ulster, Rensselarer, Essex).

This is an Appalachian endemic, ranging from extreme north Georgia to central Maine.

True to their name, these are very small clubtails (< 4 cm) and overall they look dark and their appendages and cerci are also entirely black.

The eyes are dull green and the face is cream colored with black edges. The legs and abdomen are black, extensively marked with yellow.

The tiny size, single narrow stripe on the thorax and groundwater dependency can distinguish this species from other small clubtails.

The larval period is long (at least 3 years) and emergence generally occurs on streambanks or on fallen streamside vegetation 30-60 cm above the water. The maiden flight occurs within a few hours to nearby low trees or shrubs and within a week males begin to establish territories near suitable oviposition sites (Carle, 1980).

As with most other dragonflies, both larvae and adults are generalist predators. Generalist predator larvae such as Pygmy Clubtails seem to readily shift their prey base if massive perturbations (e.g., pesticides) kill off their main prey (Wallace et al., 1987).

Winged adults breed from late May to early July. Exuviae can sometimes be found (at low densities) on streambanks in June.

The time of year you would expect to find Southern Pygmy Clubtail reproducing and larvae present and active in New York.

Wallace, J.B, T.F. Cuffney, C.C. Lay, and D. Vogel. 1987. The influence of an ecosystem-level manipulation on prey consumption by a lotic dragonfly. Canadian Journal of Zoology 65:35-40.