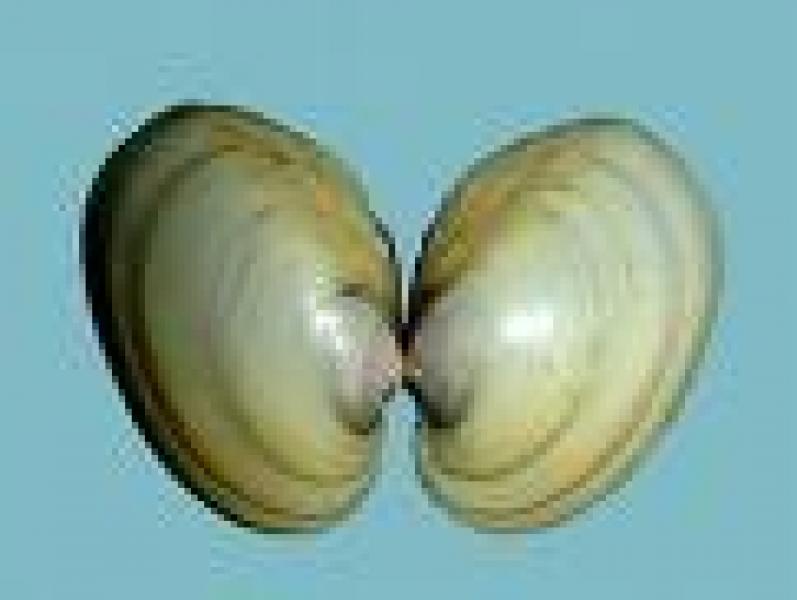 The particular fish species which serves as the host for the parasitic glochidia (larvae) is unknown (Stryaer and Jirka 1997).

This species has declined over most of its range, nevertheless it is still relatively common and reproducing in the Susquehanna River basin, lower Schoharie Creek, and in tributaries of the St. Lawrence River. Most of the Hudson River records are historical (Strayer and Jirka 1997), and the great majority of the records in the state are of marginal population viability.

Between 1955 to 1997 L. cariosa expanded its range primarily in the lower reaches of the Susquehana River basin (Strayer and Fetterman 1997). The last mussel report from the Hudson River was a shell found in 1985 (New York Natural Heritage 2020). In some areas the apparent range expansion may be misleading because some stream reaches were not surveyed prior to more recent survey efforts and many reports were not based on statewide or regional survey (Mahar and Landry 2013). Yellow Lampmussel has declined in most of the river basins in the state (Strayer and Fetterman 1997). Only a handful of the known populations in New York are viable.

The single most important cause of the decline of freshwater mussels during the last century is the destruction of their habitat by siltation, dredging, channelization, impoundments, and pollution. A healthy fish assemblage is critical to viable mussel populations, and dams have resulted in heavy losses of mussels, mainly due to elimination of host fish species. Erosion due to deforestation, poor agricultural practices and the destruction of riparian zones, causes an increase in siltation and shifting substrates that can smother mussels. Domestic sewage, effluents from paper mills, tanneries, chemical industries and steel mills, acid mine runoff, heavy metals, and pesticides have all been implicated in the destruction of native mussel fauna (Strayer et al. 2004).

When feasible, the removal of impoundments in order to restore rivers to their natural flow would be beneficial since these structures negatively effect required host fish species as well as the mussels themselves.

There is still much to learn about this species, especially determination of the host fish species. Details about habitat requirements (current speed, water depth, substrate grain size, substrate stability, water temperature, and water quality factors) also need further study. However, Strayer et al. (1994) found that the distribution of Unionids was not related to these typical physical habitat qualities, but instead was related to long term stability of the substrate (i.e., flow refuges) and other large-scale habitat variables such as riparian zone vegetation (i.e., grassy vs. forested). Both large and smaller scale forces promoting the patchy occurrence of Unionid mussel beds is an active area of research (Strayer et al. 2004).

This is a species of small to large rivers, especially on sandy substrates in riffles (Strayer and Jirka 1997).

In New York, Yellow Lampmussel occurs in 25 waterbodies. There are many records from the Susquehanna and Hudson River basins. Although the species is not known from the Champlain basin, it is widespread in the St. Lawrence River watershed. The highest densities are from areas of the Chenango, Raquette, and Susquehanna rivers. Mussels have not been found in the Hudson River for decades. Many of the historical records from central New York are questionable because of confusion with the Pocketbook (L. ovata) (Strayer and Jirka 1997).

This species has a wide geographic range in Atlantic drainages, from Nova Scotia to Georgia, as well as in the St. Lawrence River system westward to Ontario. On the Atlantic Slope, it occurs east of the Appalachian Mountains from the Sydney River, Nova Scotia, to the Ogeechee River, Georgia (South Carolina, North Carolina, Virginia, West Virginia, Maryland, Delaware, Pennsylvania, New Jersey, New York, Connecticut (extirpated), Massachusetts, Maine, New Brunswick). Recently, the species' range has contracted in most of the southern states and populations are in decline and disappearing nearly everywhere. In Canada, it is currently known from only two localities: Cape Breton Island, Nova Scotia, and Fredericton, New Brunswick.

The shell is subovate, with an evenly rounded margin, of variable size and thickness. The beak sculpture is weakly double-looped, but often it will be obliterated. The periostracum is usually glossy, with a distinctive clear yellow color, often without rays. If rays are present, they are well defined and restricted to the posterior slope and ridge. The pseudocardinal and lateral hinge teeth are both well developed, but variable in shape and strength. The pseudocardinals are strong and triangular, but sometimes delicate and lamellar, especially in young animals or in specimens from northern New York. The nacre is white and the sexes are dimorphic with males more elongate than females (Strayer and Jirka 1997).

This species can be identified by its clear yellow periostracum on which color rays are absent or are confined to the posterior of the shell (Strayer and Jirka 1997).

Adults of this species are sessile with only limited movement in the substrate. Passive downstream movement may occur when they are displaced from the substrate during floods. More major dispersal occurs while glochidia (larvae) are encysted on their as yet, unknown host(s). Being ectothermic, activity levels of mussels are presumably greatly reduced during colder months of the year.

Adult mussels are filter feeders. Algae, detritus and bacteria are all important food sources. Mussels in turn are eaten by muskrats, raccoons, fish, and birds. The glochidial (larval) host fish species has not yet been determined (Strayer and Jirka 1997).

Little is known about the activity periods of Unionid mussels but they are presumed to be greatly reduced during cold times of the year. Freshwater mussels are most often easiest to locate during late summer when water levels are lowest. This species is a long-term breeder but the limits of its breeding season are unknown (Clarke 1981).

The time of year you would expect to find Yellow Lampmussel present, active, and larvae present and active in New York.

Johnson, R.I. 1970a. The systematics and zoogeography of the Unionidae (Mollusca: Bivalvia) of the southern Atlantic slope region. Bulletin of the Museum of Comparative Zoology, Harvard University 140(6): 263-449.

Ortmann, A.E. 1919. Monograph of the naiades of Pennsylvania. Part III. Systematic account of the genera and species. Memoirs of the Carnegie Museum 8(1):1-385.

Information for this guide was last updated on: May 7, 2014