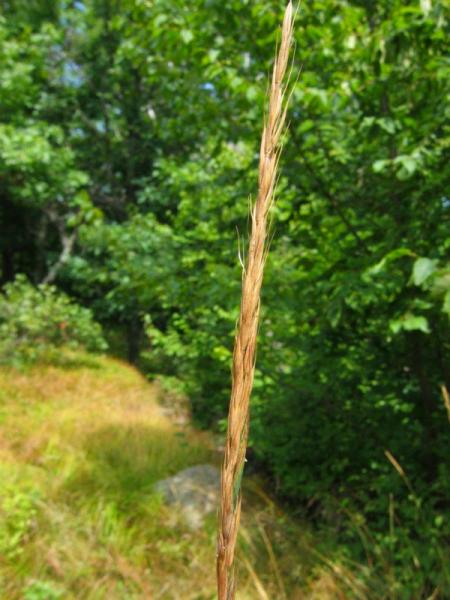 State Conservation Status Rank
SNA
Not Applicable - A state conservation status rank is not applicable because the species is not a suitable target for conservation activities (e.g., species is a hybrid, a domesticated species, not native to New York, an accidental or infrequent visitor outside of its normal range, a transient or migrant just passing through the state, or a species with only unconfirmed or doubtful reports).
Global Conservation Status Rank
G5T5
Secure globally - Both the species as a whole and the subspecies/variety are common in the world; widespread and abundant (but may be rare in some parts of its range).

Blue Wild Rye is native to only one New York county (Sullivan). New York marks the eastern edge of its range, which in the west extends from Alaska to Texas. Its common name refers the leaves and spikelets, which may sometimes be purplish or bluish.

There is only one known, native population of this species in New York.

This one native population of this species in the state was first discovered in 2006, and found to be persisting in 2007.

The long-term trends of this species recently discovered in New York are unknown.

There are no known immediate threats to the single population of this species in New York.

Inventory and research should focus on whether this newly-documented species is as rare in the state as it appears to be, and if so, why.

The site where Elymus glaucus ssp. glaucus occurs in New York is a pitch pine oak heath rocky summit natural community. The plants occur near the top of an east-facing ridge, between 1700 and 1800 feet in elevation. There are areas of oak and pine forest as well as ledges and rocky outcrops dominated by grasses and sedges (New York Natural Heritage Program 2009).

The only known native population of this grass in New York is located in Sullivan County.

Elymus glaucus spp. glaucus ranges from Alaska to Saskatchewan in the northwest south through the mountains of the western United States, extending to Baja California and New Mexico. It is also found sporadically further east, from the northern Great Plains to southern Ontario, Michigan, and New York.

Blue Wild Rye is a perennial grass which grows in clumps 30 to 140 cm tall, occasionally spreading by underground stems (rhizomes). The leaf blades are 10 to 17 mm wide and usually without hairs. The erect stems are topped by a spike (inflorescence), 5 to 12 cm long and 5 to 15 mm wide. As in all grasses, the small, inconspicuous flowers occur in scaly structures called spikelets. Elymus glaucus ssp. glaucus usually has 2 spikelets per node and internodes 4 to 8 mm long. Each spikelet has 2 to 4 florets, each with awns projecting 10 to 25 mm from one of the scales (the lemma) (FNA 2008).

Elymus glaucus is unique among the Elymus species of eastern North America for having glumes (the bracts at the base of each spikelet) with hyaline (thin and translucent), overlapping margins. In New York, it is most similar to E. riparius, E. villosus, and E. virginicus. In addition to having hyaline-edged glumes, it differs from these species by having fewer (6 to 7) stem leaves than do E. riparius (9 to10), or E. virginicus ( 7 to 10), and having longer (7.5 to 10.5 mm long) paleas than does E. villosus (5.5 to 6.7 mm long). Elymus glaucus ssp. glaucus is the only subspecies of E. glaucus which occurs in New York (FNA 2007, Voss 1972).

The best time to see this plant is when it is fruiting, from mid-July through October.

The time of year you would expect to find Blue Wild Rye fruiting in New York. 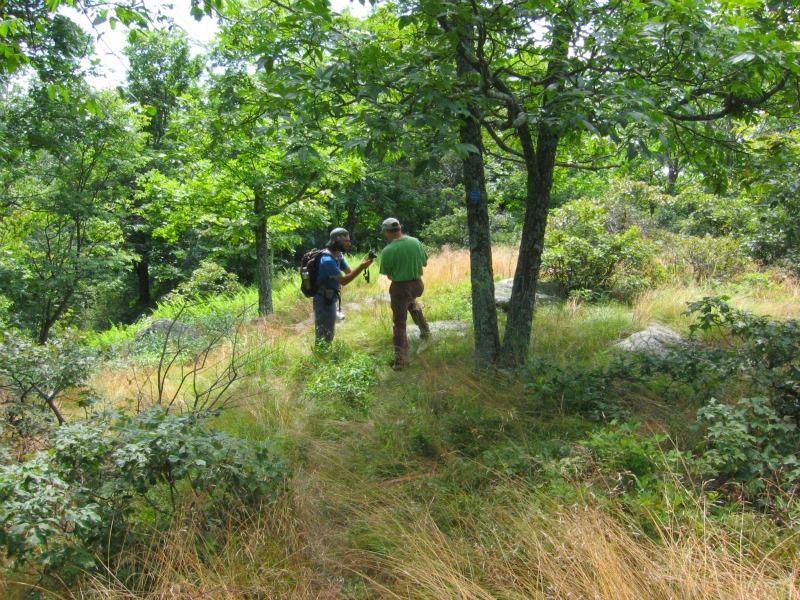