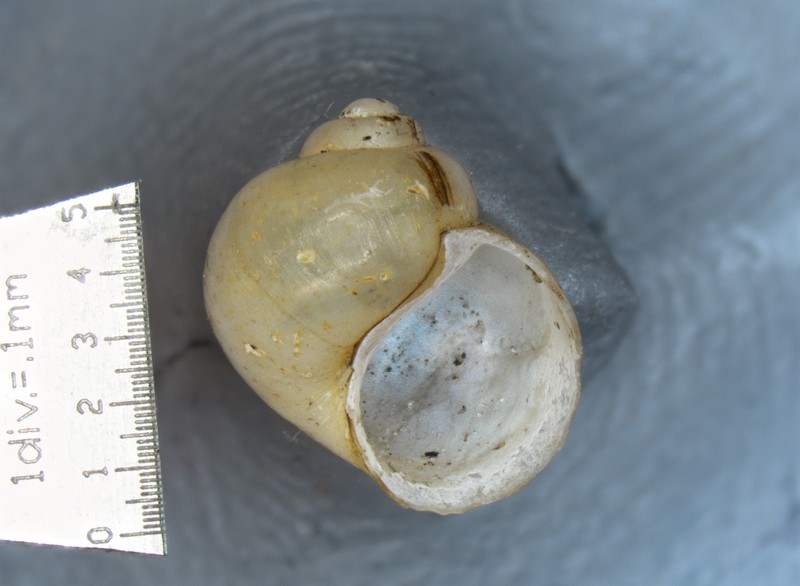 The Buffalo Pebblesnail was able to extend its range westward through the Erie Canal to establish populations in waterbodies it was not native to.

The short-term trends for this species are unknown but the population appears to be declining. The last known records of Buffalo Pebblesnails in the Hudson River are from 1936 (Coote 2015). However, lack of records could be due to a lack of survey work or incomplete surveys, or possibly due to a misidentification of specimens.

The long-term trends for this species are unknown, although it appears to be declining. This was once considered a common and widely distributed species in New York (Baker 1916) and has not been found in more recent surveys from previously known locations.

Threats to this species are difficult to determine due to a lack of information on its current habitats, status, and trends. However, freshwater gastropods are generally impacted negatively by habitat fragmentation, alteration, or destruction from dams, impoundments, riparian development or degradation, groundwater withdrawal, and other similar impacts to their freshwater environment (NYS DEC 2014)

Conservation strategies and management practices are difficult to determine without more current information on status and habitat requirements of the Buffalo Pebblesnail. However, these snails would probably benefit from general management practices that apply to freshwater gastropods. These include prevention of habitat degradation from pollution, dams or impoundments, or development. Any activity that causes drastic water fluctuations can also lead to snail population declines (NYS DEC 2014).

Additional research and ongoing monitoring are needed for this species (Coote 2015). Survey work to determine the actual current range and habitats of this snail would give us a better idea of habitat requirements, population trends, threats, and conservation strategies (NYS DEC 2014).

The Buffalo Pebblesnail has been known to occur in several different habitat types, ranging from stagnant lakes to fast flowing rivers. It has been found in freshwater streams and rivers, including on mud and aquatic plants in freshwater tidal Hudson River (Strayer 1987, Jokinen 1992). This snail has also been found on the sandy bottom of shallow lake waters including open and partially open bays (Baker 1916). Eggs are laid on the leaves and stems of aquatic plants (Thompson 1984).

This species was not originally in the Lake Ontario system, but was able to move west through the Erie Canal (Jokinen 1992). Historically Gilia altilis was found in the Hudson River in Albany, Dutchess, and Ulster counties. Museum records also show this species has been found in the Erie Canal in Herkimer and Onondaga Counties, the Champlain Canal in Rensselaer County, as well as Niagara, Monroe, and Wayne Counties (Jokinen 1992). There is evidence of Buffalo Pebblesnails from Lake Ontario, Oneida Lake, and the Salmon River as well.

Many species of the Lithoglyphidae and Hydrobiidae families are visually similar, and many require dissection to ID to the species level. Therefore, the Buffalo Pebblesnail can be difficult to identify. The top of the body, tentacle, and the mantle are mostly black, while the sides of foot and snout are light gray and the underside of the tentacles is white (Thompson 1984). The shell is a light yellow-green, conico-globose with a convex body whorl, and is relatively large (6-8 mm) (Jokinen 1992). The protoconch has fine spiral threads. This species also has a radula that differs from similar species; the central and lateral teeth are modified to feed on coarser food particles, and the cusps on the teeth align to form a single blade that is large and serrate (Thompson 1984). Buffalo Pebblesnails have a similar radula structure to F. nuttalliana. However, the inner marginal tooth of Buffalo Pebblesnails has approximately 30 cusps and the outer marginal tooth has approximately 6 to 9 stout cusps while F. nuttalliana has about 16 acuminate cusps on the inner marginal tooth and 12 or 13 cusps on the outer marginal tooth. The reproductive systems of both males and females also from other similar species.

The time of year you would expect to find Buffalo Pebblesnail present in New York. 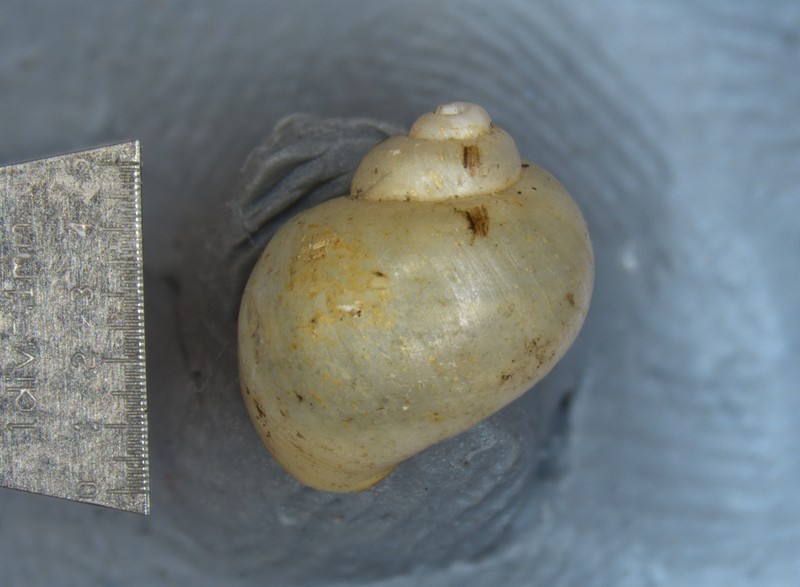 Information for this guide was last updated on: July 13, 2021