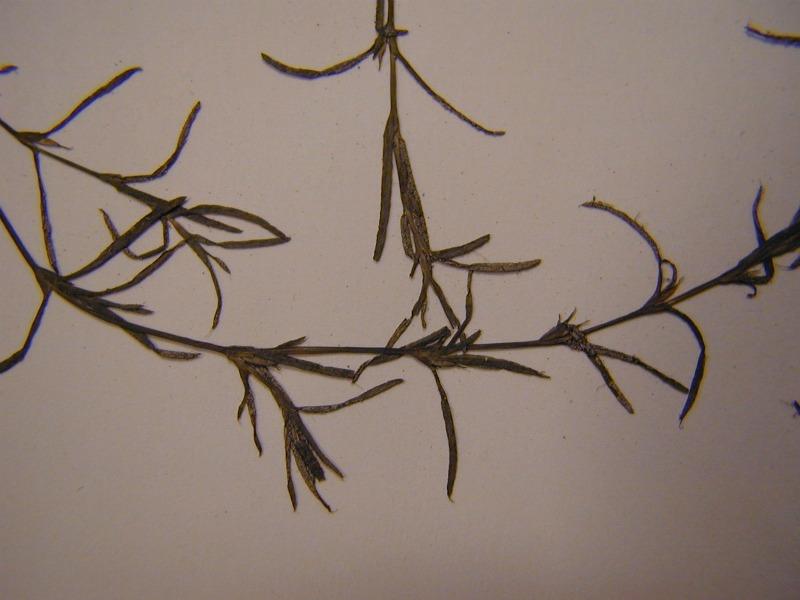 Hudson River water-nymph is an endemic taxon in New York. In other words the only place in the whole world where it occurs is New York along the Hudson River. It is one of about three endemic taxa that occur in New York (Weldy and Werier 2005). The subspecific name muenscheri is named after Walter Muenscher (Clausen 1939) a botanist from New York who among other projects studied the aquatic plants along the Hudson River. According to Robert Clausen (1939), who named this taxon, Muenscher has contributed more than any other botanist to the knowledge of aquatic vegetation in New York.

This taxon is a globally rare New York State endemic. It is only known from the southern part of the Hudson River. Historically this species was quite abundant in the Hudson River from Piermont just south of the Tappan Zee Bridge north to the junction with the Mohawk River near Waterford. Over this range there are at least 20 distinct populations which have not been seen in over 70 years. There are 2 populations that are still known to be extant.

Short term trends for this taxon are unclear due to a lack of data. Some of the habitat where this species occurs has clearly been degraded by the invasive species Trapa natans. This might indicate that this species is declining in recent years but more evidence is needed.

The non-native invasive aquatic plant Trapa natans threatens one of the two known extant populations. This species is very common in the Hudson River estuaries and may be threatening additional populations.

The non-native invasive species, Trapa natans should be controlled in the estuaries and mud flats along the Hudson River.

Historical populations need to be surveyed to determine if these populations are still extant.

This taxon occurs in shallow water or pools of tidal mud flats of the Hudson River on mucky or gravel and rock soils (New York Natural Heritage Program 2007). Shallow water of rivers (Haynes 2000). Tidal waters (Crow and Hellquist 2000). Abundant along tidal mud flats along the Hudson River (Gleason and Cronquist 1991). Fresh tidal margins of rivers (Fernald 1970). Abundant in shallow water near the low tide line between Piermont and Troy (Muenscher 1937).

This taxon is endemic to the lower regions of the Hudson River. It occurs, at least historically, from Piermont (just south of the Tappan Zee Bridge) north to the junction with the Mohawk River (just north of the Troy Dam) (Muenscher 1936, New York Natural Heritage Program 2007).

This taxon is only known from New York State along the lower Hudson River (Haynes 2000).

This species is a submerged, annual, herbaceous aquatic plant. There are scattered leaves along the 30-90 cm long stems. The leaves are small and narrow with numerous minute teeth along the edges. The minute inconspicuous flowers occur in the axils of the leaves. One minute (up to 3.8 mm long) cylindrical seed is produced per flower. The seeds are minutely pitted (Haynes 2000).

Distinguishing characteristics: plant darker green than other taxa under Najas guadalupensis; leaves about 1 cm long and 1 mm wide; style and stigmas 0.7-1.5 mm long; the seed with 50-60 rows of areolae, the raphe prominent, 3.3-3.8 mm. Best life stage for ID: in fruit. Characteristics needed to ID: leaves with fruit and habitat description.

Mature fruits are almost essential for accurate identification and should be included with voucher specimens.

This taxon produces mature fruits from the end of August through September. Since mature fruits are essential for identification, the best time to survey for this species is in September.

The time of year you would expect to find Hudson River Water Nymph fruiting in New York. 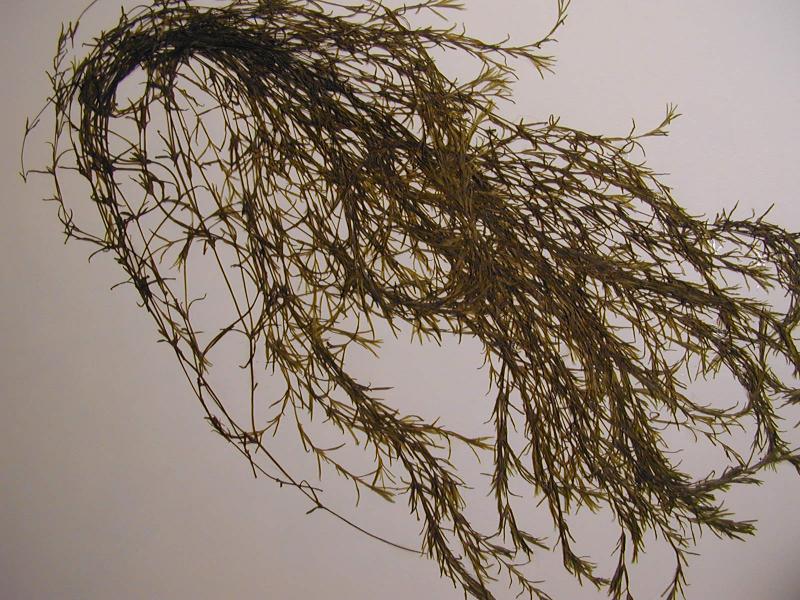 Clausen (1937) first described this taxon at the species level as Najas muenscheri. It was later considered only worthy of infraspecific rank and placed under N. guadalupensis, first at the varietal rank (var. muenscheri) (Haynes 1979) and later at the subspecific rank (ssp. muenscheri) (Haynes and Hellquist 1996). Based on field work and examination of thousands of specimens of N. guadalupensis sensu lato, Haynes (1979) concluded that N. muenscheri was only slightly different and simply represented populations at the northern limit of N. guadalupensis sensu stricto. He thus made the transfer to varietal status. Haynes and Hellquist's (1996) reason for transferring this taxon from variety to subspecies was that they only recognized one infraspecific rank, that of subspecies. Gleason and Cronquist (1991) treat this taxon at the specific level while other recent authors (Kartesz 1994, Mitchell and Tucker 1997, Crow and Hellquist 2000, Haynes 2000) following Haynes (1979), treat it at the infraspecific level. There are three other subspecies of N. guadalupensis. Najas guadalupensis ssp. guadalupensis is quite widespread and occurs from Maine west to Washington and south to South America. Najas guadalupensis ssp. olivacea occurs primarily around the great lakes from New York west to Minnesota and Manitoba. It also occurs in eastern Massachusetts. Najas guadalupensis ssp. floridana is restricted to Florida, Georgia, and Alabama (Crow and Hellquist 2000, Haynes 2000).

Information for this guide was last updated on: January 22, 2008