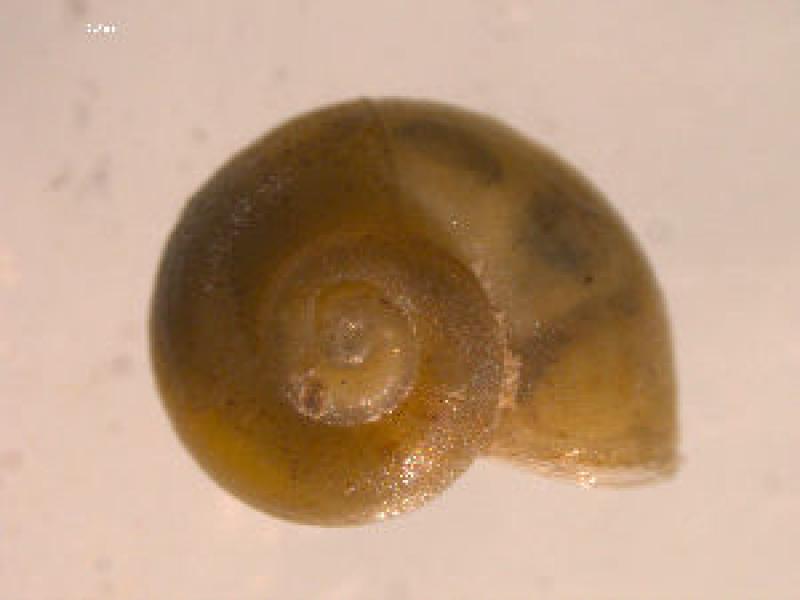 Snails in this family possess a unique gill that protrudes outside the mantle facilitating the tolerance of low dissolved oxygen concentrations.

It seems clear that the southern range margin of this boreal snail is retreating northward through New York, and that it has apparently gone missing from many of the smaller lakes where it was historically found around the state (Jokinen 1992). However, because it can live in the bottom sediments of larger lakes such as Oneida and Ontario, it will be difficult to assess its overall status. At this time, it does not appear to be one of the most imperiled freshwater Gastropods in New York and the S1 rank could be altered pending further survey work.

Recently (2012), a large population was discovered in Oneida Lake, and a smaller one in Cayuga Lake was re-confirmed as extant. The Oneida Lake population has apparently been known at least since the mid 1800s.

The species seems to have had a much wider historical (1800s-1900s) distribution, ranging nearly statewide (Jokinen 1992).

This species has a wide distribution, presumed large population, lack of substantial immediate threats, and because it is not in decline or is unlikely to be declining fast enough to qualify for listing in a more threatened category. However, a recent assessment of freshwater Gastropods in North America revealed that 74% of the species are imperiled or already extinct and they have the highest modern extinction rate yet recorded--almost 10,000 times background rates (Johnson et al., 2013). The top threats to the group as a whole are; highly restricted ranges (narrow endemics), habitat destruction (hydrological alteration), and water pollution.

Presumably this species would benefit from efforts to clean up Onondaga Lake where only dead shells were found in the late 1960s (Harman and Berg 1971).

As for all freshwater snails, this species would benefit immensely from a statewide inventory in order to determine basic distributional information.

This is a coldwater species that can live at considerable depths in high calcium large lakes in association with submerged aquatic vegetation and mud. For example, it has been dredged up in good numbers from the benthos of Lake Ontario (Hiltunen 1969). Although primarily a large lake species, it can sometimes turn up in other habiats such as rivers, creeks, and eutrophic waters.

Apparently confined to the St. Lawrence/Champlain watershed in northern New York as well as the larger lakes in central New York and the depths of Lake Ontario.

This is a northern species found from the Arctic Circle southward to Connecticut and Minnesota. It seems seems to have been extirpated from states further to the south (e.g., Indiana, Pennsylvania).

The shell is yellowish-brown, sub-globose to conic, about 5 mm wide, exhibiting four rounded whorls; the spire is moderately elevated.

The shell is dextral, small, turreted, and moderately thin, with deeply impressed sutures. The spire is weakly elevated. There are approximately 2.5 inflated whorls, circular in cross section, gradually increasing in size. The surface appears dull due to fine growth lines. The color is a very light and translucent. The aperture is circular and entire; outer lip is straight; operculum multi-spiral, circular, fragile and translucent.

The small size, but with a high spire, is distinctive.

The snails attach their egg capsules to aquatic plants.

As is common among small freshwater snails, we presume this species scrapes biofilms from submerged surfaces. In turn, it forms an important part of the diet for Whitefish and Perch.

This species has an annual life cycle.

The time of year you would expect to find Mossy Valvata present and larvae present and active in New York.

Information for this guide was last updated on: March 29, 2016