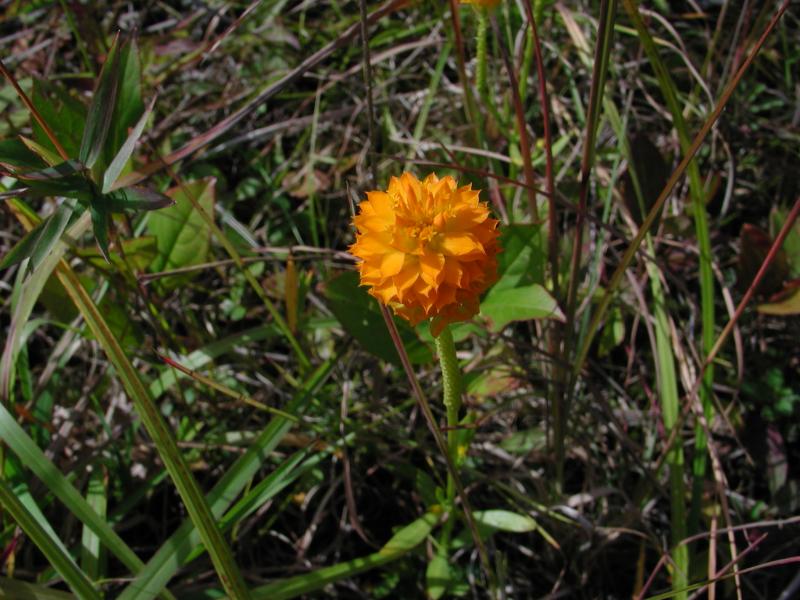 The species name of this orange-flowered wildflower means yellow because when it is dried as a specimen the flowers turn yellow. Linnaeus saw the yellow flowers when he named it from dried specimens.

There are three existing populations but two of them are small. The largest population has over 1000 plants. There are four historical populations known from the early 1900s which need to be resurveyed. Two other populations were extirpated when their habitat was destroyed.

Plant numbers fluctuate from year to year depending upon disturbance. Recently, numbers have been reduced because of encroachment by woody plants into its habitat.

This plant has always been very rare in New York but it was once known from 9 different locations and now only survives at 3 of them.

Loss of a favorable disturbance regime from natural processes is the biggest threat to this species.

Research is needed to determine the best intervals and seasonality of disturbance to maintain and augment population numbers.

Once ranging across Long Island and Staten Island this small herb has been extirpated from its historical range except in a small area of Suffolk County. There is another old unconfirmed report from Dutchess County but it is probably in error.

This is a plant of the Coastal Plains of the southeastern US from eastern Louisiana through Florida and north to southern New Jersey and Long Island.

Orange milkwort is a low biennial or perennial wildflower 1-4 dm tall with stems that are often clustered together and simple or branched. The basal leaves are oblong to obovate, 2-5 cm long, with rounded tips. The stem leaves get progressively narrower and smaller. The stems terminate in a long, leafless peduncle topped by a round, dense cluster of tiny orange flowers that turn to yellow when they dry (Gleason and Cronquist 1991).

Distinguishing characteristics: rosette of obovate to oblong round-tipped leaves; racemes peduncled, bright orange-yellow (rarely paler yellow), becoming paler in drying; pedicels winged. Most easily identified by the bright orange to orange-yellow flowers as this is the only Polygala in New York to exhibit such a color. Best life stage for ID: in flower. Characteristics needed to ID: flowering head.

The basal leaves may be hard to distinguish from other wildflowers so it is best to identify this plant when it is in flower.

This is the only Polygala with a round, dense cluster of small orange flowers.

The plant flowers from July to early September.

The time of year you would expect to find Orange Milkwort flowering and fruiting in New York. 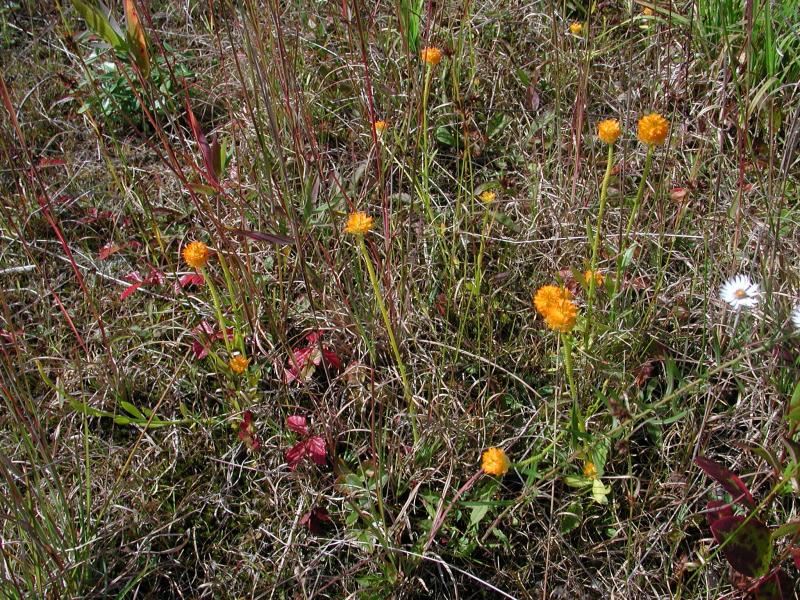