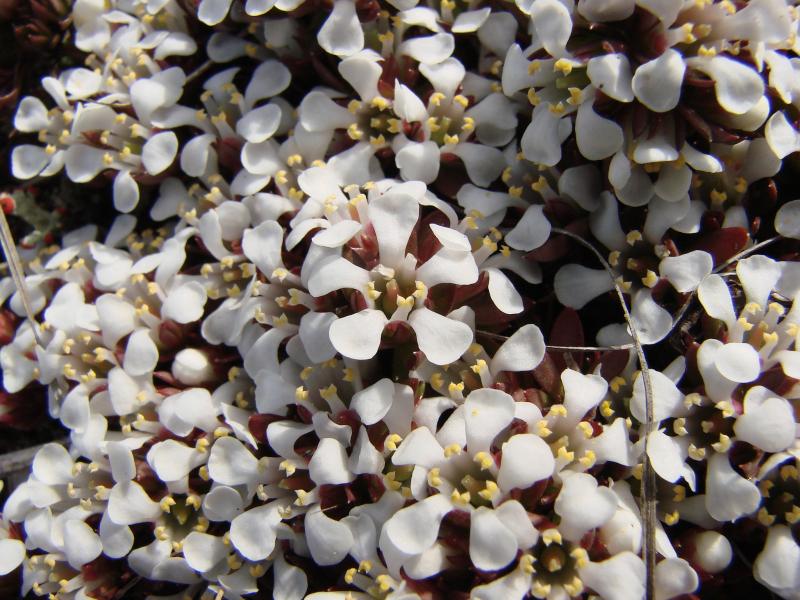 The top of the anthers open like the lid of the box to release the pollen and this character gives the plant its genus name composed of the Greek pyxis, little box, and anthera, Latin for anther (Fernald 1950).

There are two existing populations but one of them is very small. There are no other known historical populations.

The short-term trend is mixed because each of these populations fluctuates according to its different disturbance regime. One population has been reduced over time because of woody succession and the other has been increased because of favorable disturbance.

There have only ever been two populations known in New York. The long-term trend is uncertain due to the potential loss of one population to habitat succession.

Plants can be lost to succession and they may also be collected. One population was bulldozed and it was thought that it had been destroyed but it actually recovered and thrived because of the disturbance.

One population needs more disturbance to remove shrubs that are encroaching upon and shading out the plants.

Research is needed to determine the best disturbance regime to maximize plant numbers.

This small herb is only known from two localities in South Central Long Island.

It grows on the Coastal Plain from Long Island south to southern New Jersey and from southeast Virginia south to northern South Carolina.

Flowering pixiemoss forms low, up to 1 meter wide, round mats of tiny leaves. The clustered leaves are stiff, oblanceolate, 3-8 mm long with a sharp tip and are light green to reddish turning completely red late in the season. They are usually white-hairy towards the base. The mats produce masses of tiny, 5-petaled, white flowers that are 5-8 mm wide. The flowers are so numerous that, from a distance, the mounds resemble small patches of snow on the ground. The flat stamens stick out from between the bases of the petals and are topped by 2 yellow anther sacs. The small reddish brown capsules break open to release many seeds (Gleason and Cronquist 1991).

The plants can be identified vegetatively but should be confirmed in flower or fruit.

There is no other plant that forms mats like this with masses of white flowers. From a distance mounds of hair-cap moss may resemble the mounds of pixiemoss but the leaves are much more narrow and there are no flowers.

The best time to identify this plant is in early to mid April when its mass of flowers is easily visible.

The time of year you would expect to find Pyxies vegetative, flowering, and fruiting in New York. 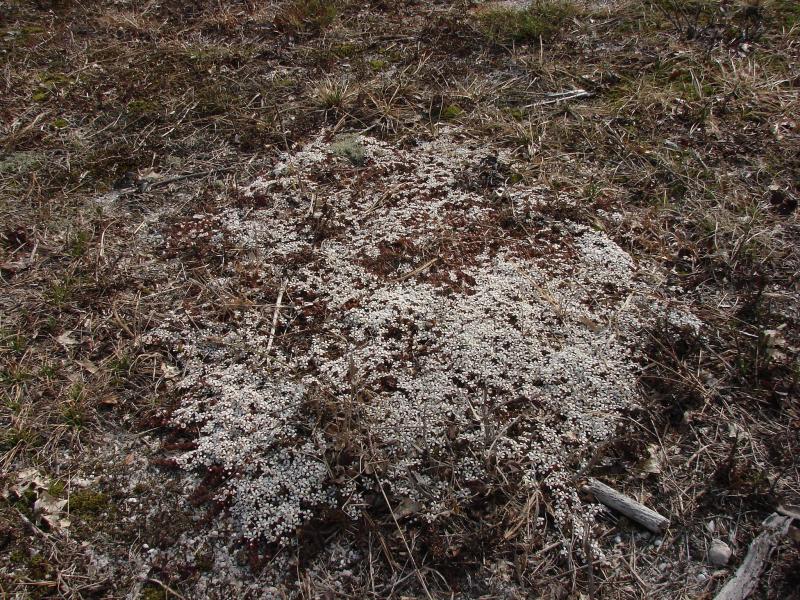 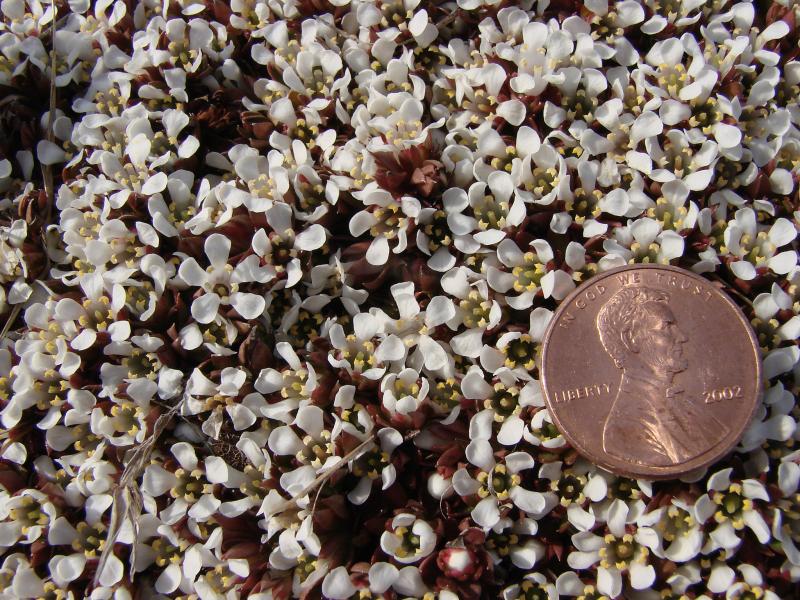 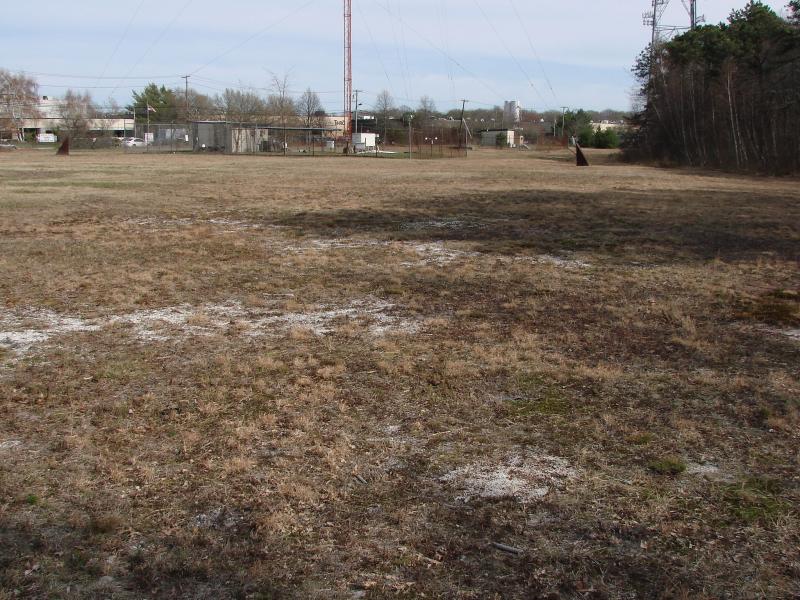