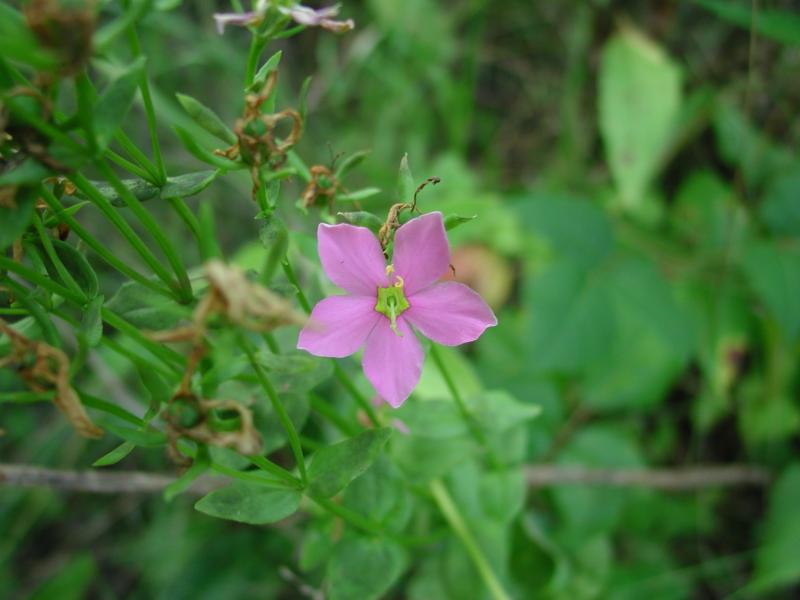 The stem is strongly 4-angled in this species. It was given the name of angularis by Linnaeus to describe this character (Fernald 1950). It is the tallest of any of our Sabatia species.

There are four existing populations but most of them are small with less than 200 plants. They exist in small natural areas surrounded by development and they are not actively managed. There are two historical populations from the turn of the 19th century that need to be rechecked and nine populations that no longer exist because the areas where they occurred have been developed.

The short-term trend is negative. Two populations have been resurveyed and their numbers have been reduced in the last 20 years.

The long-term trend is negative as most of the known locations of this plant have been destroyed. Only four populations with low numbers of plants remain.

Habitat destruction from residential and commercial development around these populations is a significant threat. Improper management of their meadow habitat by mowing at the wrong time of the year, as well as dumping of trash, are also threats.

Prevent direct human disturbance to the plants while maintaining their open meadow habitat.

Propagation studies should be done to find out if existing populations can be augmented.

In New York, this species is found in wet human-disturbed openings in successional shrublands and grasslands. All of the populations are along highways (New York Natural Heritage Program 2012). In a wide range of habitats, sometimes weedy (Gleason and Cronquist 1991). Open woods, clearings, prairies and fields (Fernald 1950).

This wildflower is currently known from Staten Island and considered extirpated from Manhattan, Queens and Westchester counties. There is a historical record from Suffolk County.

This is a wildflower of the south-central and eastern United States extending north to southern Illinois and east to eastern Pennsylvania, New Jersey and Long Island. It is absent from Eastern Georgia and the peninsula of Florida.

Sea-pink is a biennial wildflower that grows 3-8 dm tall. The stems usually have many opposite branches in the upper half and they have sharp, winged angles. The leaves are ovate or lance-ovate, 1-4 cm long and 1.5-3 times as long as wide. They are broadest near the heart-shaped base. The flower pedicels are 5-30 mm long and well developed beyond the uppermost leaves or branches. The conspicuous wings of the pedicels continue to the base of the sepals. The flowers are very light to dark pink with a greenish-yellow center outlined in dark pink. The petal lobes are 1-2 cm long and widest at the top (Gleason and Cronquist 1991).

This species is best identified when the plant is in flower.

There is no other Sabatia species in New York that look like this. All the other species have different leaves and alternate, not opposite branching.

The time of year you would expect to find Rose Pink flowering and fruiting in New York. 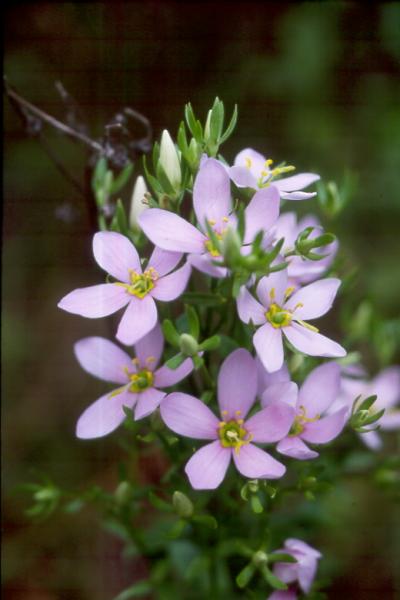 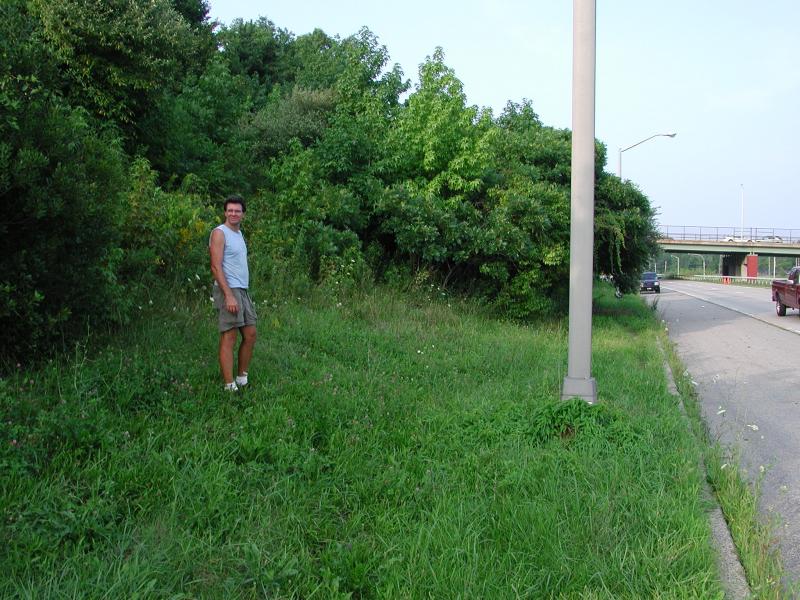