Even though Linum medium var. texanum is a variety of the species, the variety medium has double the chromosome number (n=36 verses n=18) and could be treated better as a separate species (Harris 1968). Variety texanum was described based on a specimen from Texas even though it is at the edge of its range there (Fernald 1935).

There are nine existing populations but only four of them are ranked good to excellent. Most populations have fewer than 100 plants and are threatened by succession or lack of proper management. There are 10 historical populations, but most of these occur in highly developed areas so the probability of relocating them is low.

The short-term trends seem stable to slightly declining as most existing populations have not had dramatic changes in the last 20 years. There are a couple of populations that have been checked again and their numbers were down from previous years.

Populations are threatened by direct development of their habitat and by succession of open grassland and meadow habitats.

Find out if this plant can recover from succession by seed banking. Discover what is limiting the spread of this species since it occurs in artificial and common habitats.

Most New York records for this species are from Long Island, though in recent years it has been discovered in scattered locations in the Hudson and St. Lawrence Valleys, as well as in Western New York.

Southern Yellow Flax is known from all the states east of the Mississippi, excepting New Hampshire, and reaches its western limit in Texas, Oklahoma, Kansas, Iowa, and Wisconsin. In Canada it is known only from Ontario.

Southern Yellow Flax is a perennial, glabrous herb 2-7 dm tall. It has alternate (except sometimes for the lowermost 1 or 2 nodes), entire, and lance-shaped leaves up to 2.5 cm long, the upper ones pointed at the tips. The flowers are borne on stiffly-ascending branches. They have light yellow petals 4-8mm wide that are fused at the base. The inner sepals have glandular bases. The fruit are small (2 mm) dry, rounded capsules, commonly purple above (Rhoads and Klein 2002, Gleason and Cronquist 1991).

This species is best identified when fruiting.

Linum sulcatum, L. virginianum, L. striatum, and L. intercursum are the other yellow-flowered flax species found in New York. Linum sulcatum is an annual species, and its leaves have dark, stipular glands at the leaf bases (Voss 1985). L. virginianum and L. striatum differ from L. medium by having opposite leaves at several of the lower nodes, more spreading infloresences, and inner sepals which are not glandular.

Linum intercursum is similar in habit, stature and foliage to L. medium, but the fruit is ovoid with the carpels pointed at the top, and usually yellow, while L. medium is rounded with flat-topped carpels, and usually purple (Rhoads and Block 2000, Voss 1985, Gleason and Cronquist 1991).

Linum medium var. texanum flowers from mid-July to mid-August, and the fruits can persist to late November.

The time of year you would expect to find Texas Wild Flax flowering and fruiting in New York. 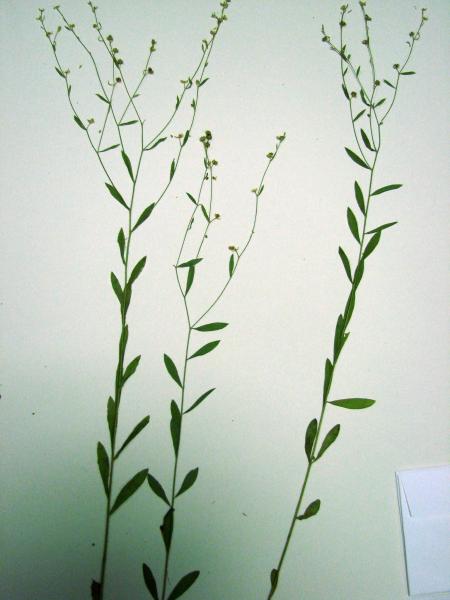 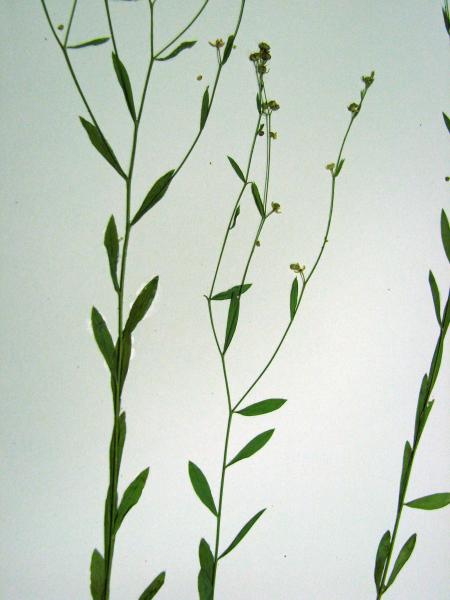 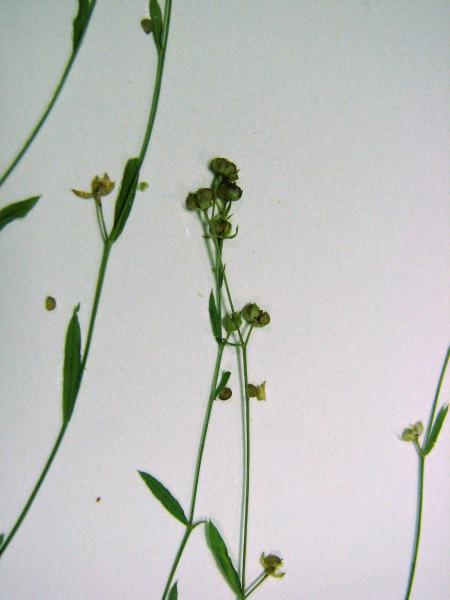 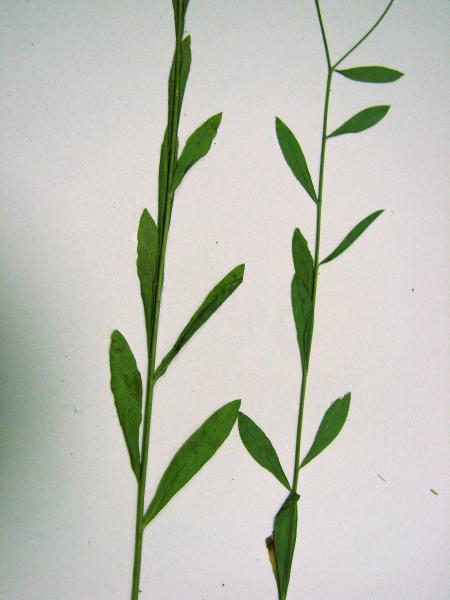 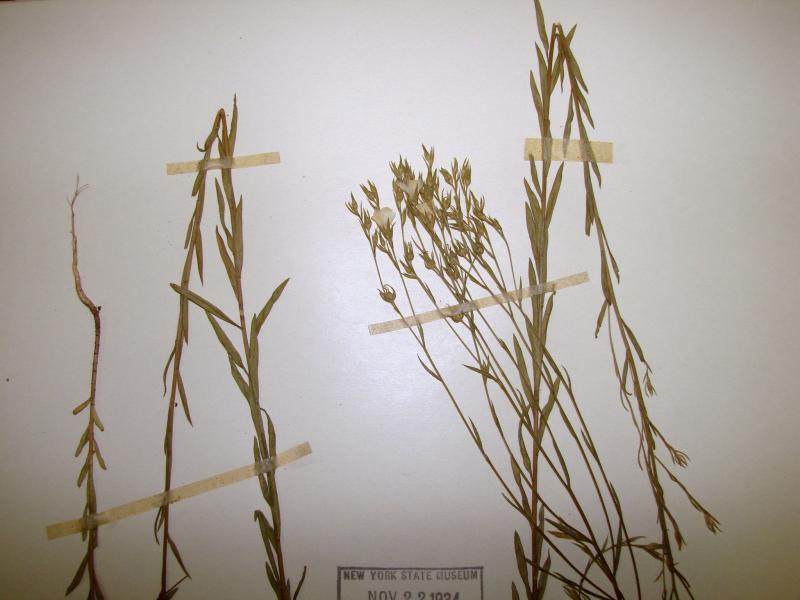