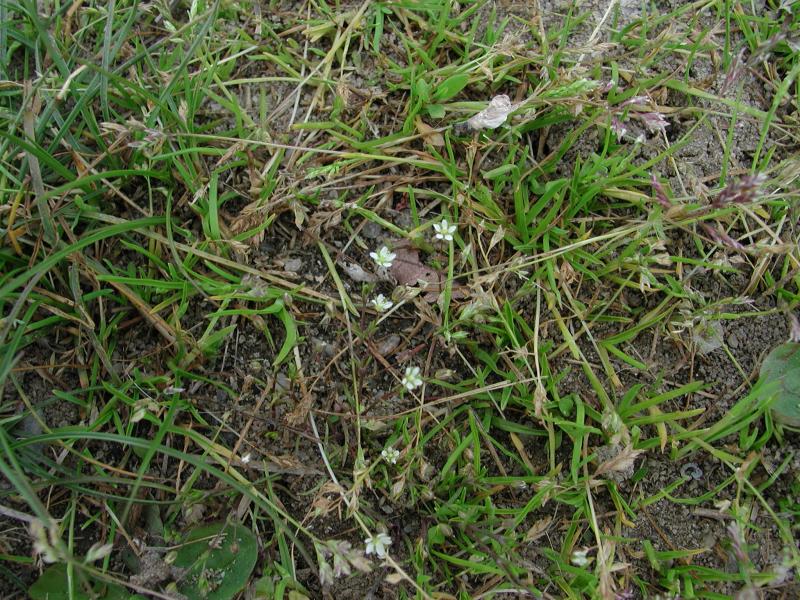 The species name that means lying down or almost prostrate. If you want to see this tiny plant you may have to lie down too!

There is one existing population of about 200 plants. It occurs in an unprotected area that is not actively managed. There are six historical populations from the late 1800s to the mid-1940s that need to be resurveyed.

The existing population has been resurveyed once and its short-term trend appears stable.

The number of populations seems to have declined over the last century but more survey work is needed to confirm this. This plant is difficult to survey for because of its small size and resemblance to other more common plants.

Direct trampling by humans is the biggest threat although its habitat needs to be maintained by disturbance.

Maintain a disturbance regime that perpetuates suitable habitat. This plant needs some disturbance to prevent succession of larger grasses or other woody species.

Research is needed to better understand the specific habitat conditions preferred by this species. It occurs in a seemingly common habitat which makes it difficult to survey.

In New York, the plants occur on a dredge spoil shore of an ocean bay. They are on a strip of dry, but over washed and occasionally bare land beside a boat basin-breakwater. They are also along a grassy trail in a more sandy area between stands of Phragmites. A historical record is from a shady grassy roadside (New York Natural Heritage Program 2012). Wet places were dry, sandy soil (Gleason and Cronquist 1991). Moist or dryish sandy fields, paths and open spots in woods (Fernald 1950).

This small wildflower is currently known from Suffolk County on Long Island. There are old unconfirmed reports from Nassau County, Staten Island, and Manhattan.

This is a wildflower of the South-Central and Eastern United States extending north to southern Illinois, and east to eastern Pennsylvania, New Jersey, Long Island and southern New England. It extends south through northern Florida.

Small-flowered pearlwort is a tiny annual plant with many slender branches that grow in all directions to form small mats from 3-10 cm tall. The leaves are opposite and linear and without stipules. The flowers are along and at the tops of the branches on hairless pedicels about 10-15 mm long. There are five sepals alternating with five white petals and there are of about the same length. There are five or ten stamens and five separate styles. The capsule is 2-3 mm long and ellipsoid and longer than the sepals that become erect and appressed to it. The tiny seeds are flattened, essentially smooth, and with a groove between the two upper angles (Gleason and Cronquist 1991).

The best time to identify the species is when it is in flower or fruit.

There are two similar species in the genus Sagina. Sagina procumbens is widespread in the state but is a perennial and usually has basal rosettes or sterile shoots. It has four sepals (rarely five) which remain spreading in fruit. Sagina japonica is an uncommon weedy species from Japan and China that has slightly succulent leaves and flower pedicels that are glandular-hairy at least in the upper half. The fruit is shorter and more rounded and the seeds are plump, dark brown, beset with little projections, and without a dorsal groove. Minuartia caroliniana also looks similar but it occurs on sand dunes and has three styles, not five, and its leaves are bunched together at the bottom (Gleason and Cronquist 1991).

The time of year you would expect to find Trailing Pearlwort flowering in New York. 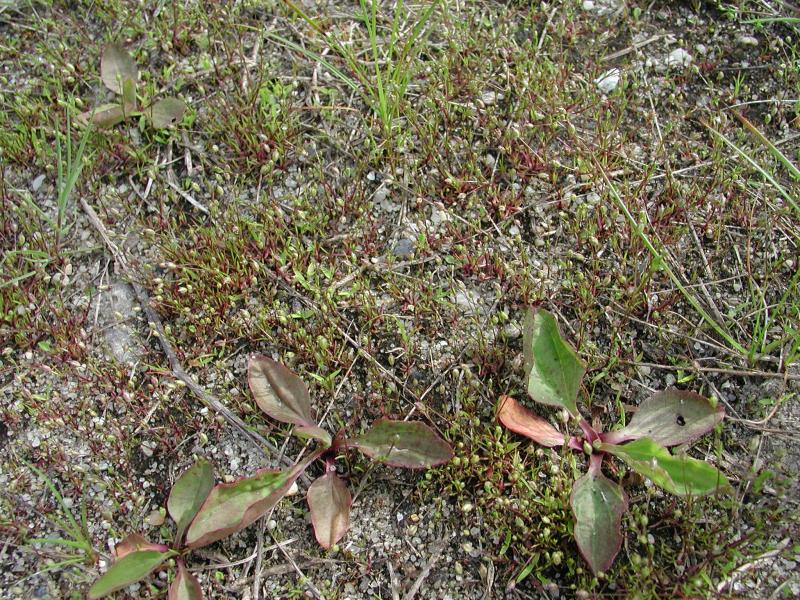 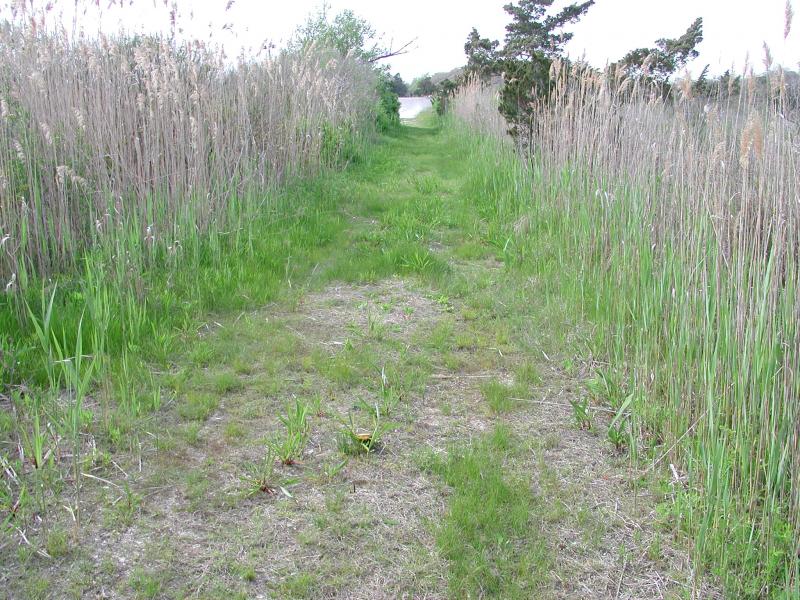