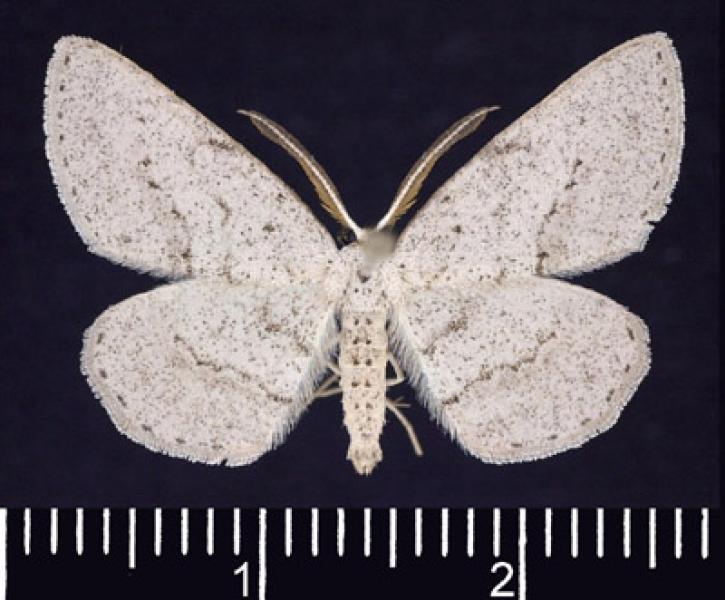 The status of the blueberry gray is poorly known in New York. This species was historically widespread on Long Island and may still occur in unknown locations there.

The current status is poorly known for New York. This species should turn up more widely than recent specimens known to the New York Natural Heritage Program indicate, both on ridges in the southeastern counties and on Long Island.

The short-term trends for this species are unknown.

The long-term trends indicate that the population has undergone a moderate to substantial decline (25% to 75% decline).

Loss of habitat to development or fire suppression is a threat. Potentially, wildfires or poorly planned prescribed burns could be a threat since it is unlikely that any life stage of this moth would survive in a fire. Spongy moth (Lymantria dispar) spraying should not impact this species if Bt (Bacillus thuringiensis - a bacterial biological control used on spongy moth caterpillars) is used, due to the phenology (timing of life cycles) of this species.

This is a species of heathlands, including bogs and pine barrens. A key habitat feature is extensive areas of Lowbush Blueberry (Vaccinium angustifolium and Vaccinium pallidum).

This species was collected in Ulster County in 1988, but historically it was widespread on Long Island (Rindge 1965) and there is no obvious reason why this species would not still occur there.

This species occurs mainly along the coast, from Nova Scotia to Florida, but also inland in northeastern Pennsylvania, adjacent New York, and in the Virginia mountains (Rindge 1965). The range is not continuous.

This is a fairly small, plain gray, Geometrid moth with feathered antennae in males.

This is a fairly small, plain gray, Geometrid moth with feathered antennae in males. It is easily identified by anybody familiar with the group. There are no similar species in New York. Northern specimens tend to be smaller and with subdued markings, compared to the specimen illustrated by Covell (1984).

The adults are nocturnal.

The foodplant has not been documented in New York, but lowbush blueberry (Vaccinium angustifolium and Vaccinium pallidum) are most often reported. Other heaths are probably used as well and Sand Cherry (Prunus pumila) and Pin Cherry (Prunus pensylvanica) are used in New England, which suggests the larvae may be somewhat polyphagous (feeding on many different kinds of food).

The phenology is somewhat uncertain, but adults are likely to be present about late May to June and August with two broods. The pupae overwinter in the leaf litter or humus.

The time of year you would expect to find Blueberry Gray reproducing, larvae present and active, and pupae or prepupae present in New York.

McGuffin, W.C. 1977. Guide to the Geometridae of Canada. (Lepidoptera), II. Subfamily Ennominae. 2. Memoirs of the Entomological Soc. of Canada - No. 101. Ottawa.