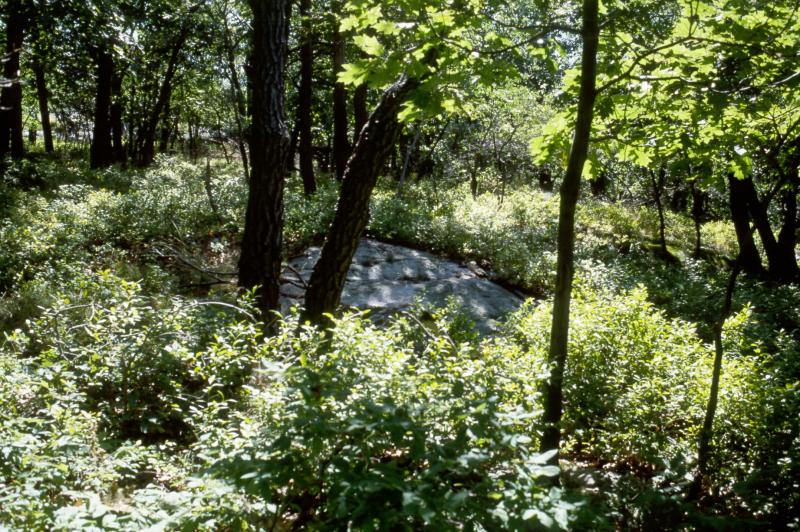 There are several hundred occurrences statewide. Some documented occurrences have good viability and many are protected on public land or private conservation land. This community has a somewhat limited distribution in the state and includes several very large, high quality examples. The current trend of this community is probably stable for occurrences on public land, or declining slightly elsewhere due to moderate threats related to development pressure.

The number and acreage of chestnut oak forests in New York has probably declined slightly in recent decades as a result of fire suppression, logging, fragmentation, and other development. Larger occurrences may continue to undergo fragmentation. Fire suppression may promote mesification of some occurrences with the result of succession to another community. However, historical reforestation of much of southeastern New York may have resulted in an increase in this community in recent history. Thus, although decline is expected in the long term, this community may be relatively stable in the short term.

The number and acreage of chestnut oak forests in New York have probably declined substantially from historical numbers likely correlated to fire suppression, fragmentation, and other development. Continuing unnatural simplification or conversion of the forest's composition, structure, and age class distribution may also threaten the community's integrity in the long term.

Threats to forests in general include changes in land use (e.g., clearing for development), forest fragmentation (e.g., roads), and invasive species (e.g., insects, diseases, and plants). Other threats may include over-browsing by deer, fire suppression, and air pollution (e.g., ozone and acidic deposition). When occurring in expansive forests, the largest threat to the integrity of chestnut oak forests are activities that fragment the forest into smaller pieces. These activities, such as road building and other development, restrict the movement of species and seeds throughout the entire forest, an effect that often results in loss of those species that require larger blocks of habitat (e.g., black bear, bobcat, birds). Additionally, fragmented forests provide decreased benefits to neighboring societies from services these societies often substantially depend on (e.g., clean water, mitigation of floods and droughts, pollination in agricultural fields, and pest control) (Daily et al. 1997).Over time, the dry, rocky slopes most appropriate for this community can become invaded by plants that slowly enrich the site if fire or other disturbances are suppressed. Such enrichment, or "mesification" is also a threat to this community. Chestnut oak forests are threatened by development (e.g., residential, agricultural, communication antennas), either directly within the community or in the surrounding landscape. Other threats include habitat alteration (e.g., roads, mining, deer over-browsing, trash dumping), and recreational overuse (e.g., ATVs, hiking trails, campgrounds, horseback riding, mountain biking). Loss of the natural range of variability and pattern of canopy closure from unnatural canopy removal and the accompanying ground disturbance may be a threat to the integrity of the community. A few chestnut oak forests are threatened by invasive species, such as multiflora rose (Rosa multiflora). Suppression of the natural fire regime may also be a threat to this community.Chestnut oak forests may be threatened by the non-native spongy moth (Lymantria dispar), which is one of the most devastating forest pests in North America . The spongy moth is known to feed on the foliage of hundreds of species of plants in North America but its most common hosts are oaks and aspen. Spongy moth populations are typically eruptive in North America; in any forest stand densities may fluctuate from near 1 egg mass per ha to over 1,000 per ha. When densities reach very high levels, trees may become completely defoliated. Several successive years of defoliation, along with contributions by other biotic and abiotic stress factors, may ultimately result in tree mortality (McManus et al. 1980, Liebold 2003).

Management should focus on activities that help maintain regeneration of the species associated with this community. Deer have been shown to have negative effects on forest understories (Miller et al. 1992, Augustine and French 1998, Knight 2003) and management efforts should strive to ensure that regenerating trees and shrubs are not so heavily browsed that they cannot replace overstory trees. Additionally, dry rocky communities such as this one are showing a trend in being slowly replaced by more shade-tolerant, richer-soil species such as sugar maple and more often non-native species such as Norway maple and tree of heaven. This trend towards "mesification" is likely a result of the elimination of fire as a natural process in this forest system. Periodic forest fires used to expose bedrock, remove excess organic material, and open up gaps in the forest canopy. With fire suppression, dry, relatively open and rocky forest communities such as the chestnut oak forest are slowly being replaced. Management for these communities should consider this phenomenon.

Regularly assess the presence and degree of impact that spongy moth has on this forest community. Determine the optimal fire regime for this community.

This community is currently known from the lower Hudson Valley where it is most common in the Hudson Highlands and Shawangunk Mountains. Chestnut oak forests are also known from the Catskill Mountains, the Rensselaer Plateau, and it reaches its northern limit in the Lake George Valley.

The range of this community is estimated to span northeast to southern Maine, west to Ohio and Kentucky, south to Alabama and Georgia and southeast to North Carolina and Maryland.

Known examples of this community have been found at elevations between 100 feet and 4,000 feet. 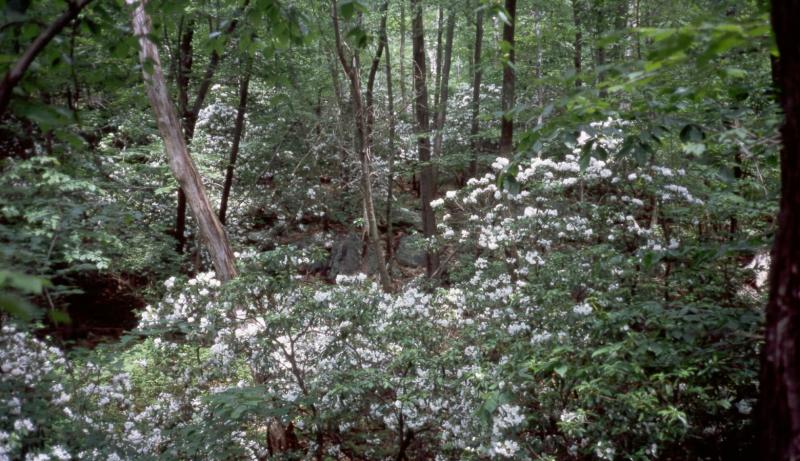 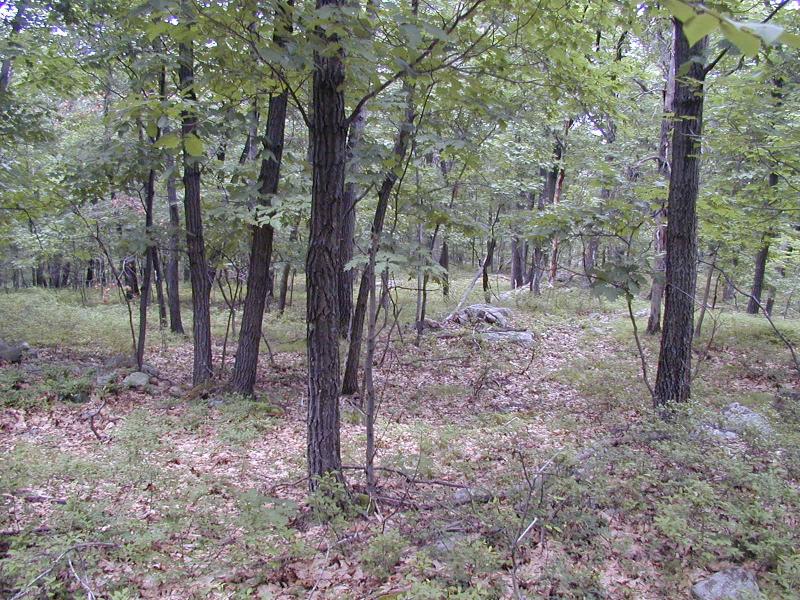 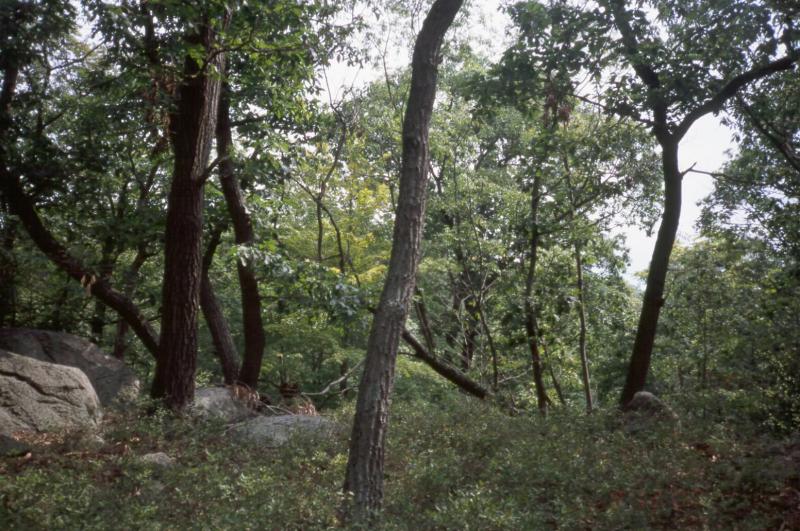 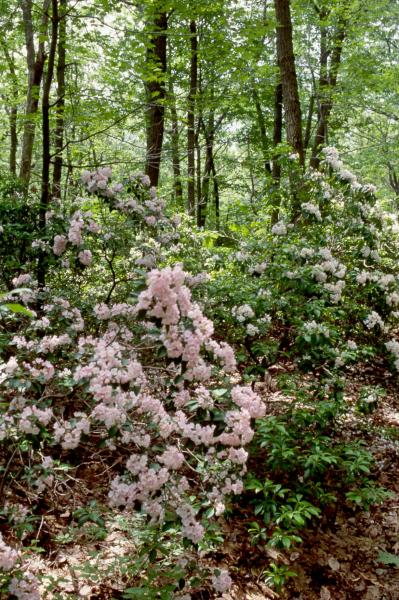 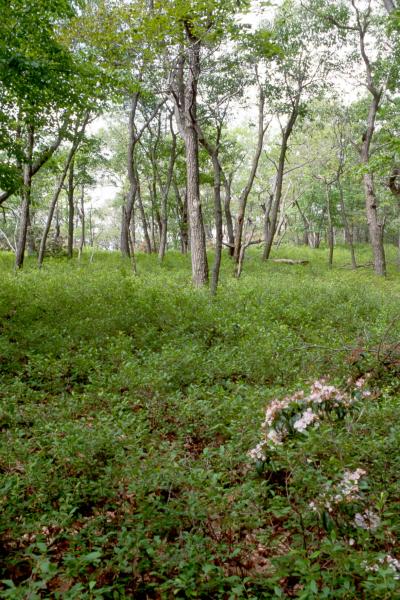 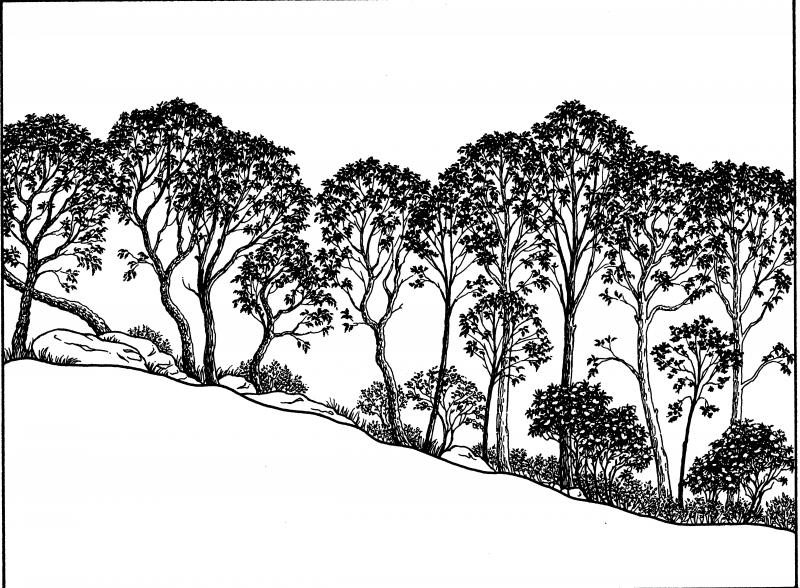 This figure helps visualize the structure and "look" or "feel" of a typical Chestnut Oak Forest. Each bar represents the amount of "coverage" for all the species growing at that height. Because layers overlap (shrubs may grow under trees, for example), the shaded regions can add up to more than 100%.