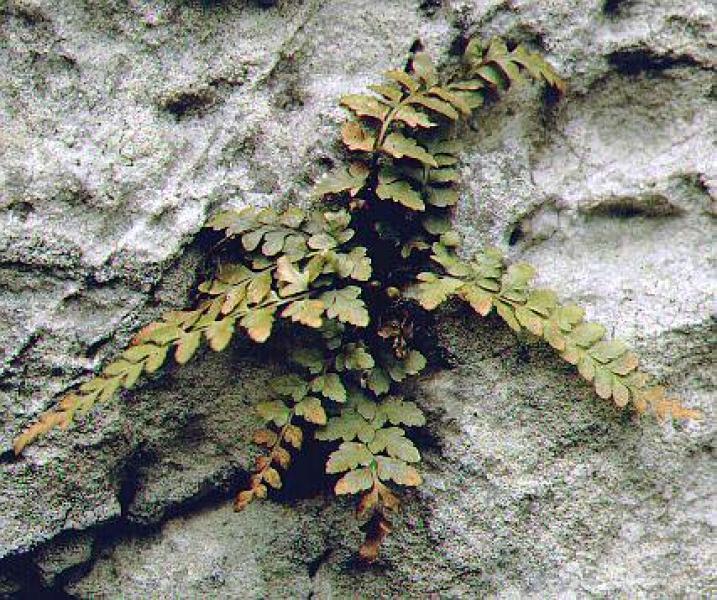 State Conservation Status Rank
SH
Historical (Possibly extirpated) in New York - Missing from New York; known only from historical records (more than 30 years ago), but still some possibility of rediscovery upon further searching.
Global Conservation Status Rank
G4
Apparently Secure globally - Uncommon in the world but not rare; usually widespread, but may be rare in some parts of its range; possibly some cause for long-term concern due to declines or other factors.

There have only been two historical locations of this plant in New York. One is from "a hill near Newburgh" in 1864 and the other is from the "Shawangunk Mountains" where it was observed in 1882 and 1895. More exploration of the Shawangunk cliff communities may result in its rediscovery. The plant is named for its discoverer Professor Frank H. Bradley, 1838-1879, naturalist and geologist from Indiana. The genus name Asplenium comes from a name (Asplenon) used by Dioscorides for a fern supposed to cure diseases of the spleen.

Even though there is plenty of available habitat and numerous surveys have been conducted to find this fern, no populations are known today. There are two historical reports, one from Newburgh which is feared extirpated and one from the Shawangunk Mountains where potential habitat abounds. While this plant was last reported in New York in 1895, we still believe there is a high probability that it will be rediscovered. The most likely location for rediscovery is somewhere within the Shawangunk Mountains.

This plant was last reported in New York in the late 1800s. As such, a short-term trends assessment is not possible.

This plant has only been reported twice in New York. The first report was in the mid-1800s and the second report in the late 1800s. With only a few reports to start with and no reports in over one hundred years, a long-term trends assessment is not possible.

With no known populations, a threats assessment is difficult. Considering this plant's similarities to Asplenium montanum though, they probably share similar threats. The greatest threat to Asplenium montanum is destruction of its habitat, albeit from rock climbing or mining activities. As an unusual and rare plant, this particular fern is also threatened by collection. This collection could come from fern enthusiasts or unscrupulous botanists.

To assist with locating any population within New York, a habitat analysis from known sites closest to New York should be conducted. With this information, better focused surveys could take place in New York.

As a very rare plant in New York, this fern is only known historically from a few collections within the Shawangunk Mountains. These historical populations are at the northern range limit for this species. The closest known populations are in southern Ohio and southern Pennsylvania.

Bradley's spleenwort (Asplenium bradleyi) has a very spotty distribution over much of its range which includes the Appalachians and Ozark regions. The fern occurs from New Jersey and southern Pennsylvania, west to Illinois, and south to Oklahoma, Louisiana, and Georgia. Historically known from the Shawangunk Mountains of New York.

This is a small, tightly packed fern that grows upright from the cracks in cliff faces and rocks. The leaves are 4-20 cm long and divided once into 6-14 pairs of triangular leaflets that have toothed edges. The lowest pair are the largest and the leaflets very gradually diminish in size toward the tip of the leaf. The lower half of the leaf stalk is black and shiny and the upper half is green.

The new stipes of this fern are blackish to lustrous for about half their length. The dark color present in the lower half of the rachis, with the rachis summit appearing green. The frond, with nearly parallel sides, is herbaceous or membranaceous but also evergreen. These fronds are oblong-lanceolate, 4-20 cm long, and pinnate. There are 6-14 or more short stalked pinnae on each side of the rachis, the lowest pinnae being the longest.

To properly identify this plant, one needs mature fronds including leaves, rachis, and stipe. If only a picture is taken, some sort of scale reference should be provided within the picture to allow for verification.

While remnants of this plant are visible year-round, the fronds brown considerably after frost. The result is diminished or even missing plants until new fronds appear in spring. Some plants will remain green year-round though. Surveys for this plant should occur between May and October.

The time of year you would expect to find Bradley's Spleenwort vegetative and fruiting in New York. 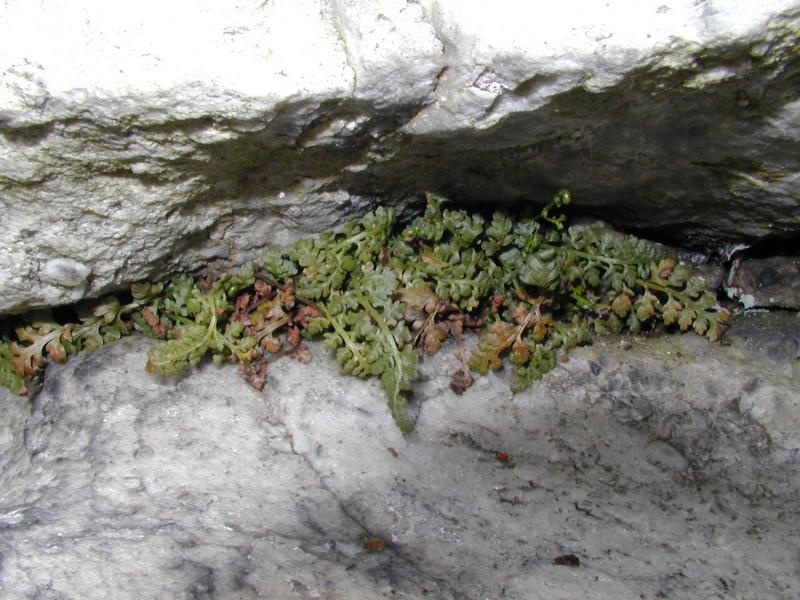 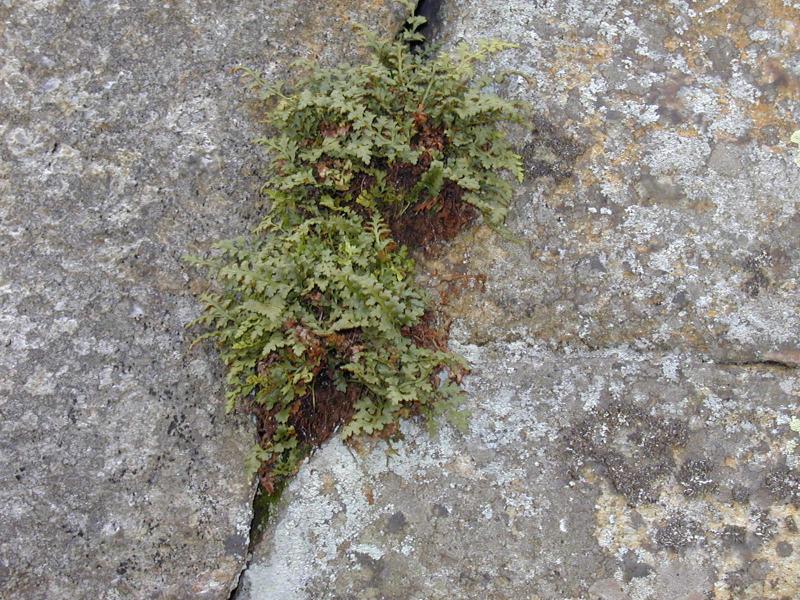 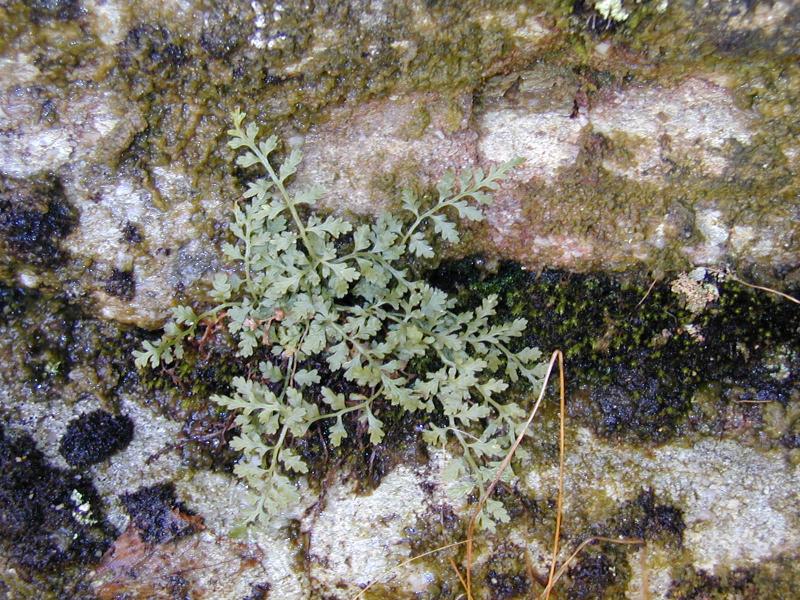