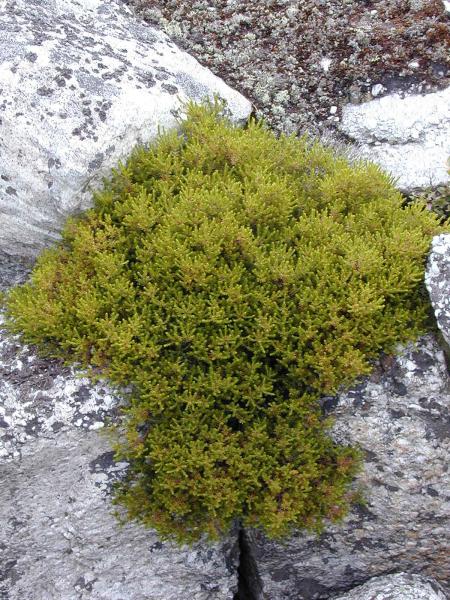 The New York plants on Ulster County's Shawangunk Ridge represent the only non-coastal site in the world where this plant grows naturally. The discovery of this population in 1881 created an exciting stir within the botanical community. Some traveled hundreds of miles to see this non-coastal population. Even today, this Corema population attracts many interested botanists and naturalists every year.

There are only two known populations that are present on the same ridgeline in the Shawangunks. This may later be merged into a single meta-population with two sub-populations. These plants have been closely monitored since 1881. There is an historical report from Long Island, but numerous searches for it have proved unsuccessful. Besides possible reductions due to deer browse and trampling, the known populations are well-protected. The New York plants on Ulster County's Shawangunk Ridge represent the only non-coastal site in the world where this plant grows naturally.

The plant population is fairly isolated and seems relatively stable at the present time. Some observations indicate that deer browse may be having a detrimental impact on these plants, with foot trampling adding to the problem. There is very little habitat for this plant to spread in the immediate area, so recruitment may be difficult. Elsewhere within the Shawangunks, potential habitat abounds.

There was only ever one verified location for this plant in New York and this has been somewhat stable since its discovery in the mid 1800s. Some decline has been experienced since the mid 1900s, and this has been attributed to significant deer browse.

The population is not highly threatened and fairly remote but browsing by deer continues to affect accessible plants. Hiking traffic is increasing because of mountain bike accessibility to the trailhead. Absence of fire may allow blueberries to spread into its habitat.

There has been a long discussion to mark the trail through the portions of the populations that are more subject to trampling. This marking may involve placing small stones on both sides of the path to clearly mark the trail boundaries. This seems like a reasonable step. At a minimum, continue to monitor deer browse and hiker traffic.

There are no current research needs.

Corema is a low, dense, evergreen shrub usually less than half a meter tall that spreads out in the shallow soil between open rock formations. It is highly branched with tiny, narrow evergreen leaves, green above and white below, covering the branches. The separate male and female flower heads form in a rosette of leaves at the tips of the branches. There are no petals but the other flower parts give a purplish cast to the plant in early spring.

A dioecous (separate male and female plants) and very unique low growing and long-lived evergreen shrub with narrow and rigid foliage. The leaves are 3-6 mm long and thin. The fruit is a small drupe that resembles that of bearberry. This fruit is dry and juiceless when ripe. The flowers are in terminal heads with no calyx present. The purple stamens are conspicuous when in bloom.

This evergreen shrub can be identified anytime. For verification, please take a photo of the plant including a close-up of leaves and stems.

Corema is in the same family as Empetrum and may be confused with it. We have two Empetrum species within New York and both are considered rare. All Empetrum species will have axillary flowers (usually solitary or only a very few) with 6-9 stigmas and 3 petaloid sepals, while the flowers of Corema are in small terminal heads with 2-5 (usually 3) stigmas and no calyx.

The plants are vegetative and evergreen nearly year round. The flowers are present late April to early May. Surveys may be conducted anytime, year round.

The time of year you would expect to find Broom Crowberry vegetative, flowering, and fruiting in New York. 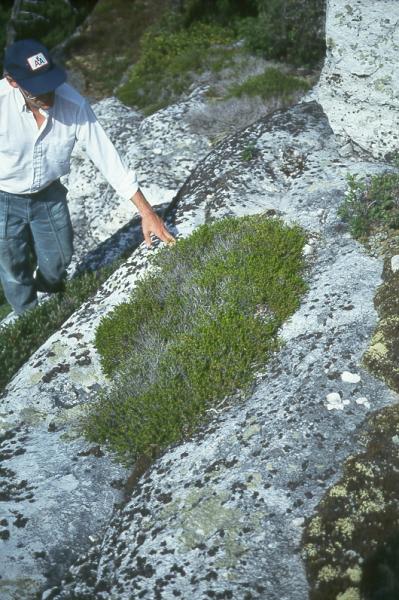 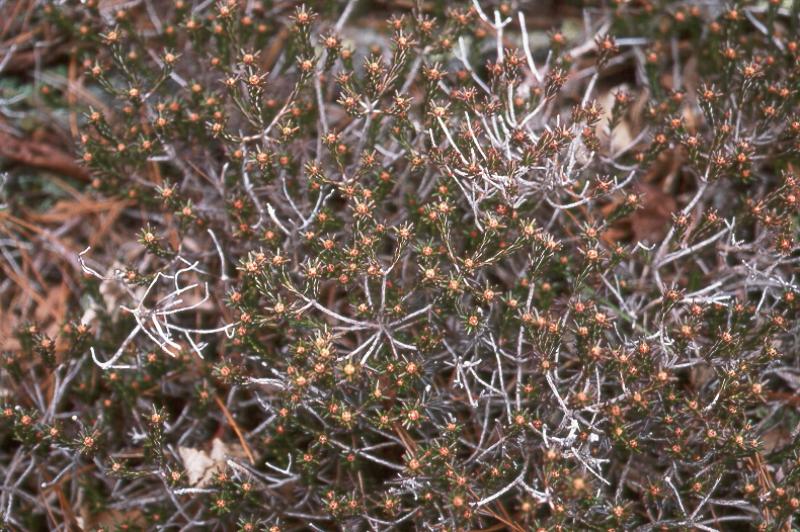 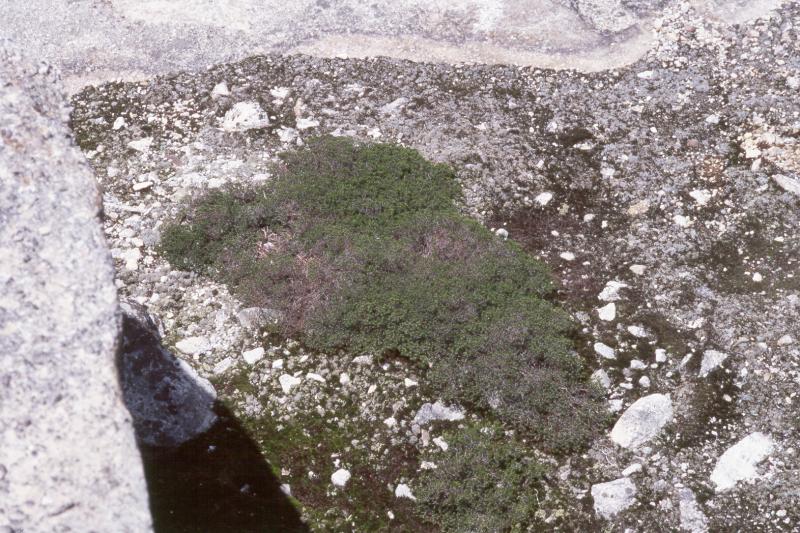