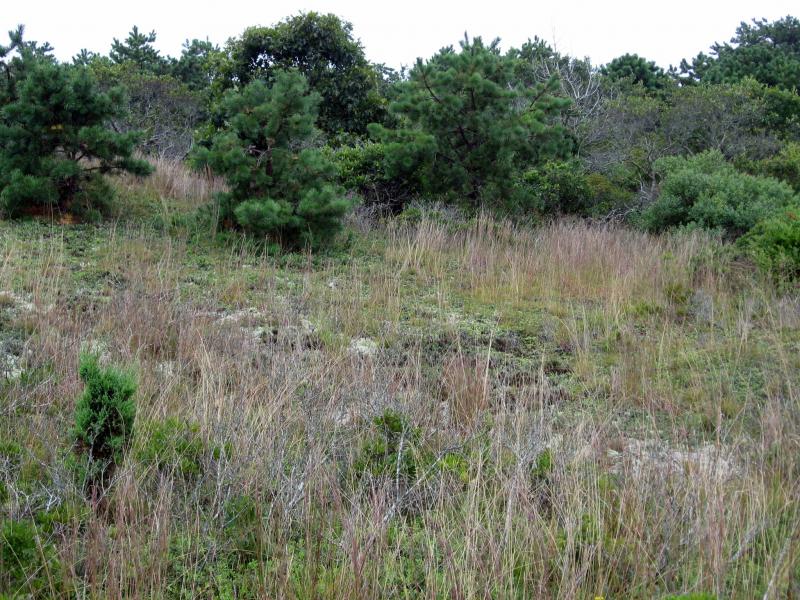 Dune heathlands and other coastal heathlands in New York are maintained by salt spray, wind, and frost that lingers in shallow hollows. Historical clearing, grazing, and fire probably didn't affect the extent of the dune heath communities, but they did increase the acreage of heathlands in some locations, including small pockets across eastern Long Island and the expansive heathlands of Nantucket.

There are very few documented occurrences of this community; some have good viability and are on public or private conservation land. The community is restricted to the Coastal Lowlands ecozone of eastern Long Island in Suffolk County and is only documented from the South Fork. The trend for the community is suspected to be stable to declining; primary threats are from recreational overuse by all-terrain vehicles.

The number, extent, and viability of maritime heathlands is suspected to be stable to decreasing, primarily due to recreational overuse and development pressures and possibly due to fire suppression and woody species invasion.

The number, extent, and viability of maritime heathland in New York are suspected to have declined substantially over the long-term. These declines are likely correlated with coastal development and associated changes in landscape connectivity and natural processes. Declines may also be due to fire suppression; particularly in inland portions of the heathland, fire may have historically kept woody species at bay.

Maritime heathland is primarily threatened by recreational overuse of four-wheel drive vehicles and all-terrain vehicles. Development pressures and use of herbicides are additional threats.

Restore and replicate the natural fire regime, as appropriate. Monitor for extensive all-terrain vehicle use and trampling damage. Fencing and signage may be necessary to restrict vehicle access. Monitor the abundance of invasive species in this community and, as needed, control their encroachment.

Surveys and documentation of additional occurrences are needed, as are data on rare and characteristic animals. Plot data collection from known sites is also needed.

Documentation of the natural fire regime of this community is needed. An investigation into the taxonomic distinction between interdunal areas dominated by heath shrubs (currently classified as a stabilized maritime dune variant) and maritime heathland is needed, as the two can be essentially identical in species composition, structure, and function. The two types need further documentation, analysis and clarification.

This community is restricted to the Coastal Lowlands ecozone of eastern Long Island in Suffolk County on the South Fork. The historical range may have extended west into the south-central part of Long Island.

This community is known from the Northern Atlantic coast of Massachusetts and New York (NatureServe 2009).

A dwarf shrubland community that occurs on rolling outwash plains and moraine of the glaciated portion of the Atlantic coastal plain, near the ocean and within the influence of onshore winds and salt spray. Typical examples of this community are dominated by low heath or heath-like shrubs that collectively have greater than 50% cover. A few examples may be sparsely vegetated by the same heath shrubs. This community intergrades with maritime grassland, and the two communities may occur together in a mosaic.

Known examples of this community have been found at elevations between 4 feet and 20 feet.

Summer presents great opportunities to pick ripening fruits from the abundant blueberries and huckleberries that can be found in this natural community. 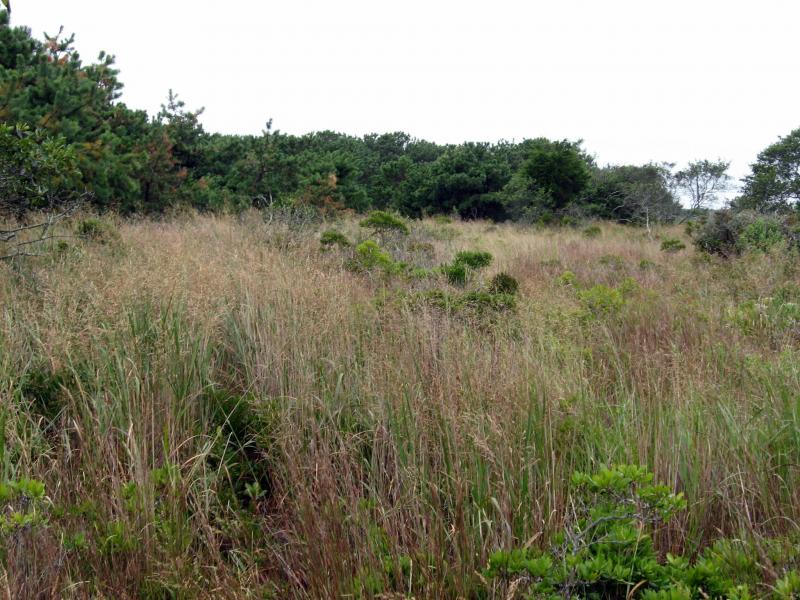 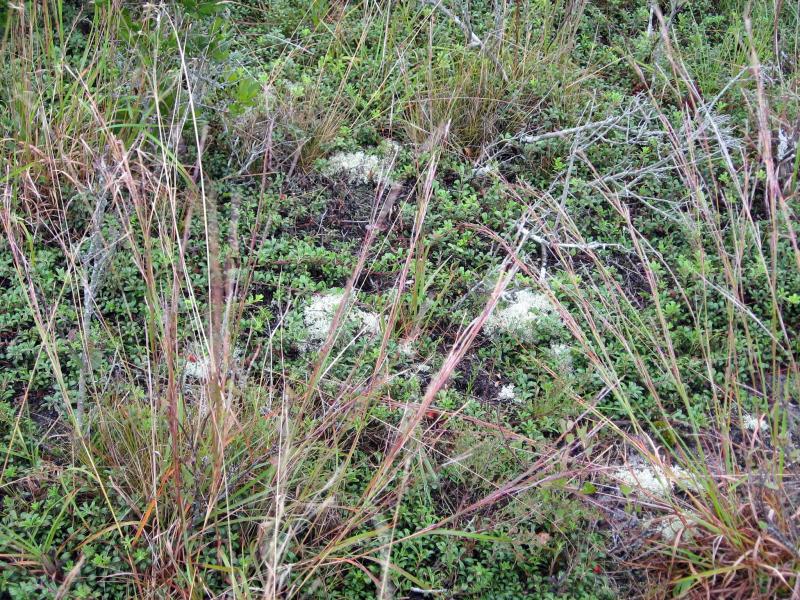 This figure helps visualize the structure and "look" or "feel" of a typical Maritime Heathland. Each bar represents the amount of "coverage" for all the species growing at that height. Because layers overlap (shrubs may grow under trees, for example), the shaded regions can add up to more than 100%.