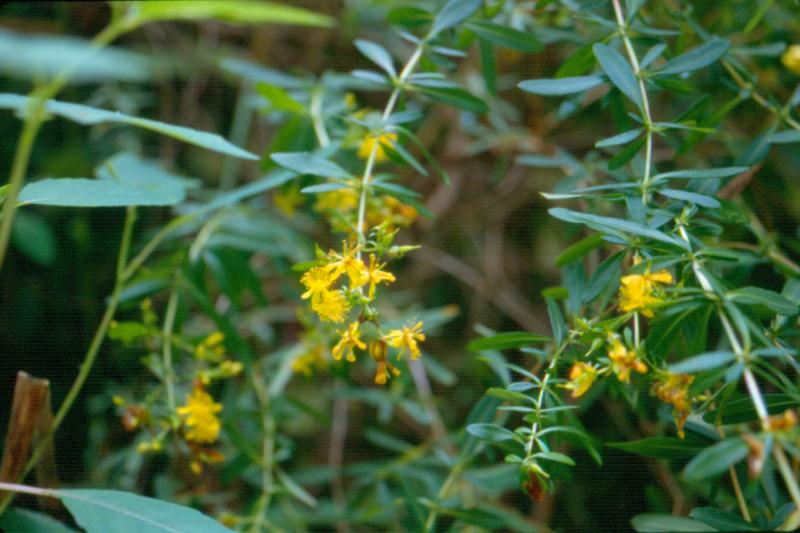 This species was introduced into the horticulture trade in the US in 1899 (Dirr 1975) but was found in Long Island pine barrens as far back as 1884. Even though the only remaining population occurs in a natural area near large houses where it could have escaped from garden plantings, it could also be a relic from native populations.

There is one small existing population that is currently threatened by Phragmites. Two records from the turn of the 20th century from Western Long Island are now considered gone because their habitat has been destroyed but there's still a chance that one population that was documented in 1916 in Babylon may still be present.

Plant numbers have ranged from six to 300 depending upon water levels so it is difficult to tell what the actual short-term trend is.

Long-term trends are negative as known populations have been reduced from three to one.

Phragmites is crowding out and shading the plants.

The pondshore needs to be protected from direct disturbance by ATVs and excessive trampling. Phragmites must be prevented from expanding and the current population must be eliminated. A natural buffer of at least 200 feet should be established around the ponds to prevent excessive runoff and pollution events.

Research is needed into methods to successfully propagate this plant so the population can be augmented at its present site.

The plants occur in a red maple swamp that has colonized the remains of an old pond after the dam broke (New York Natural Heritage Program 2012). Wet meadows and moist bottomlands, less often on rocky slopes (Gleason and Cronquist 1991). Swamps and wet acid soil (Fernald 1950).

This is primarily a species of the Atlantic coastal plain from Long Island to South Carolina and the Appalachian Mountain chain from Pennsylvania southwest to Alabama.

This plant is a much-branched shrub about 2-3 meters tall. Leaves are narrow and usually wider towards the tip, 2-4 centimeters long and 5-8 millimeters wide. There are 7-many flowers in a large inflorescence that appears leafy. Each flower has 3 styles and five bright yellow petals around many long yellow stamens. The fruit is a capsule up to 6 millimeters long and 3 millimeters wide. The placentas intrude into the fruit but do not meet in the center.

The best time to identify this shrub is when it is in flower or fruit.

Shrubby St. John's-wort, Hypericum prolificum, can look similar but there are only 3-7 flowers in its inflorescence and the fruit is larger, 7 mm long by 3.5 mm wide.

The leaves come out in April or May and it flowers in late July through August. The fruits are visible in September and October.

The time of year you would expect to find Bushy St. John's Wort vegetative, flowering, and fruiting in New York. 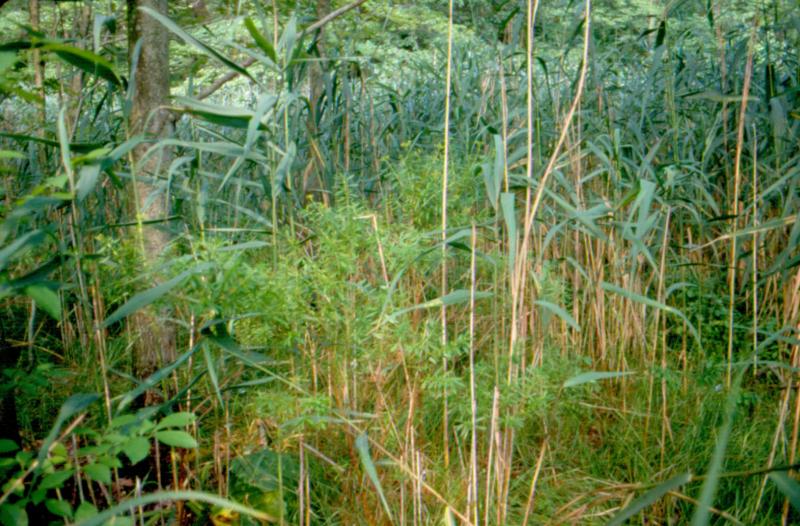 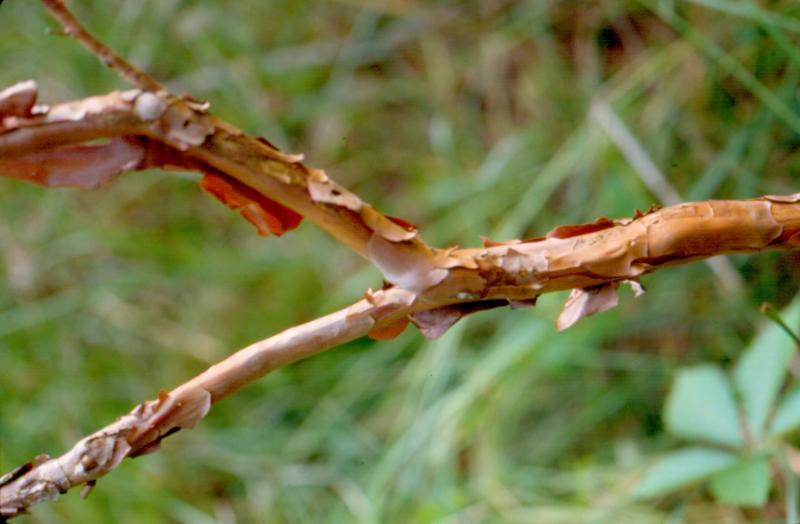