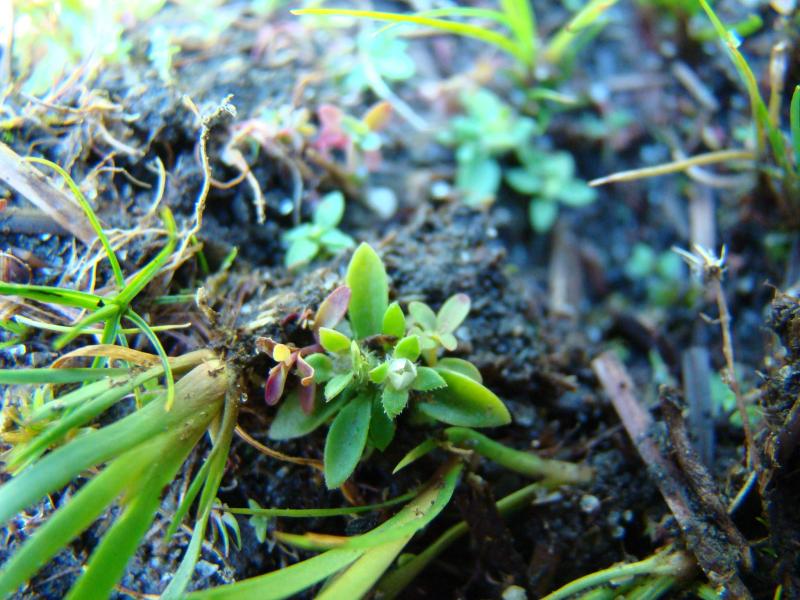 The genus Edrastima is a relatively new change in the genus name. In the past the plant was placed in the genus Oldenlandia and Hedyotis.

There are nine existing populations but only three of them have over 200 plants. There are three historical populations from the early 1900s that have not been resurveyed.

The short-term trend appears to be stable to someone increasing. Most of the populations were resurveyed in the mid-2000s. All of them were doing about the same or had increased in number. Exact trends cannot be understood unless surveys are done every year because of the fluctuating nature of this pondshore species.

This plant has always been rare in New York. However, it's long-term trend appears stable with about the same number of populations for the last 100 years.

Research into the fluctuating water levels and habitat requirements of this plant is needed to better understand the optimum conditions for its growth.

In New York almost all of the plants grow on coastal plain pondshores among other species of wildflowers. The ponds can be surrounded by pitch pine forest or oak woods. One population was found in wet spots of oak woods along a sandy road down that leads down to a saltmarsh (New York Natural Heritage Program 2012).

It is currently known only from Suffolk County, Long Island, but there are historical records and unconfirmed reports west through New York City and Westchester County.

It is most common on or near the coastal plain from Long Island south to Florida and west to eastern Texas. There are some scattered inland populations in Tennessee, Kentucky, Missouri, and Arkansas.

Clustered bluets is a small, erect or spreading annual 1-5 dm tall. The hairy stem can be simple or sometimes many-branched. The opposite, lanceolate to oval leaves are sessile on the stem and 1-2.5 cm long. They have an obvious midvein and are white-hairy on the margins and the midvein. The flowers are in clusters along the stem or at the top and have four small white petals that are shorter than the sepals and lack a funnel-shaped base. The fruit is a rounded, white-hairy capsule that is also shorter than the sepals (Gleason and Cronquist 1991).

This species is best identified with the leafy plant in flower or fruit.

Other bluet species have flowers that are more funnel-shaped below and are more bluish or purple. They also occur in drier soils (Gleason and Cronquist 1991).

Flowers August through September with fruits persisting through October.

The time of year you would expect to find Clustered Bluets flowering and fruiting in New York. 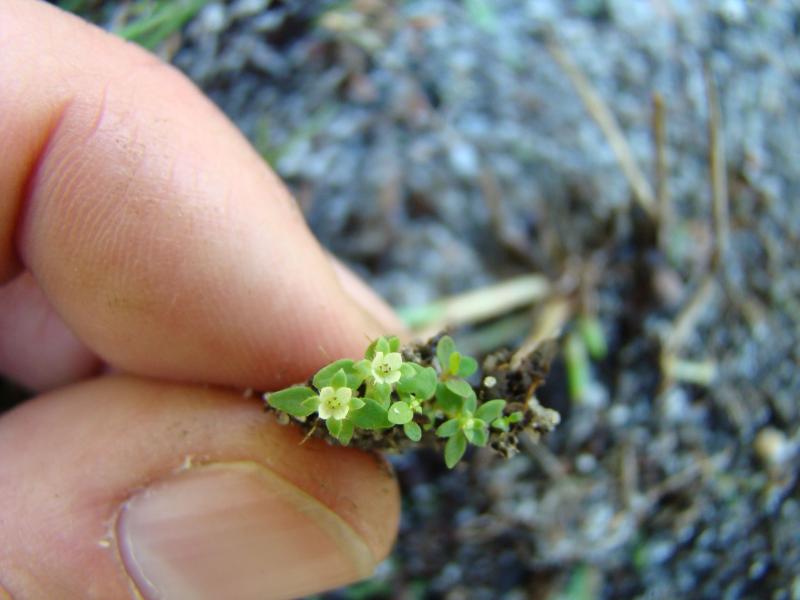 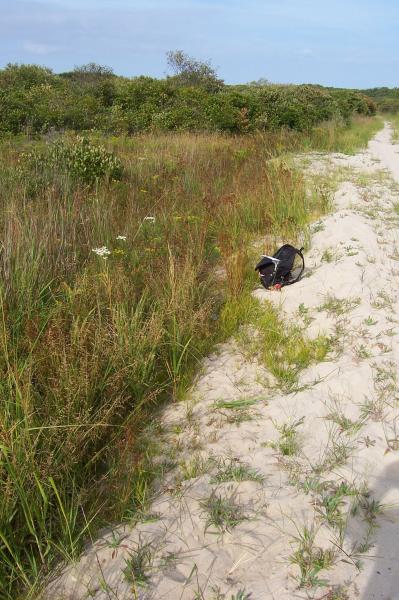 Information for this guide was last updated on: September 16, 2021