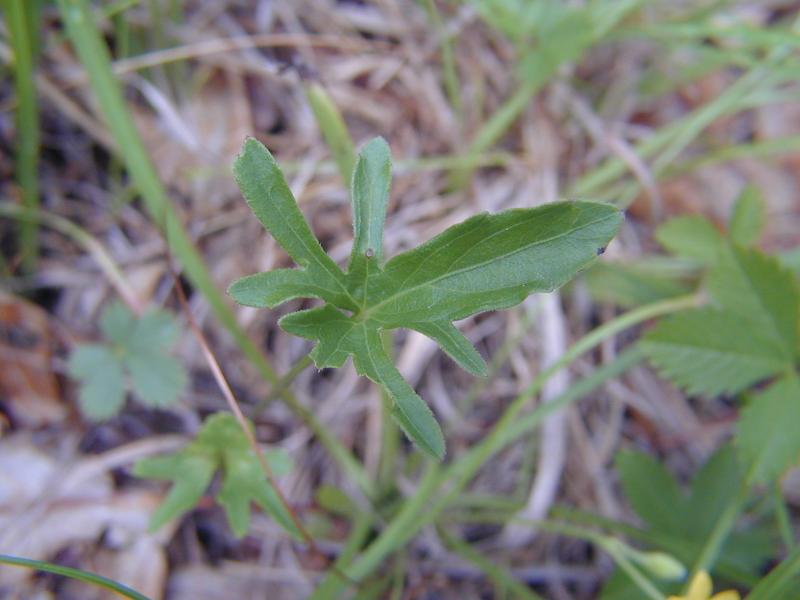 The decline in numbers of this violet is very similar to the decline of the silvery aster. Once widespread on Long Island, it is now only known from one location, even though there seems to be abundant habitat left.

There is only one existing population of less than 50 plants. This was once more widespread on Long Island with 30 historical records, but most of them have been extirpated by development.

Succession at its only location may be causing the population to decline.

This was once more widespread on Long Island with 30 historical records but most of them have been extirpated by development.

The remaining population is threatened by trail maintenance that allows too much succession. Historical populations were threatened and extirpated by development of open habitats, failure to contain exotic plant invasions and lack of fire management.

Research is needed to determine the best management strategy to augment the existing population. Plants should be grown in the greenhouse to preserve the genetic stock, and studies should be done to evaluate reintroduction sites on Long Island.

The only extant site for Coast Violet in New York is along trails and roadsides in a wet pine barrens. It was previously collected from a sandy Long Island grassland (New York Natural Heritage Program 2010). Moist sandy woods and flats (Rhoads and Block 2000). Well drained soil in woods, clearings and glades (Gleason and Cronquist 1991). Sandy or peaty soil (Fernald 1970).

This violet was historically common from Westchester County south through New York City to Eastern Long Island. Its habitat has been greatly reduced and it is currently known only from Central Long Island. It is probably extirpated from Nassau County to the west.

This violet occurs on the Atlantic Coastal Plain from Eastern Massachusetts south to Northern South Carolina.

Viola brittoniana is a perennial wildflower species. The leaves are glabrous and deeply palmately divided nearly to the base, then again divided into slender lobes. It is a "stemless" violet, meaning that the flowers are borne singly on leafless stalks emerging directly from the base of the plants. The petals are purple, the lateral ones "bearded" inside with long thread-like hairs. The sepals are lance-shaped, coming to a point at the apex. The fruit are green, long egg-shaped capsules containing brown seeds 1.3 to 1.5 mm long, held on erect peduncles (Rhoads and Block 2000, Haines 1998).

Flowering or fruiting individuals are needed for identification.

Coast Violet flowers from May through June, and the fruits may persist into September.

The time of year you would expect to find Britton's Coast Violet vegetative, flowering, and fruiting in New York. 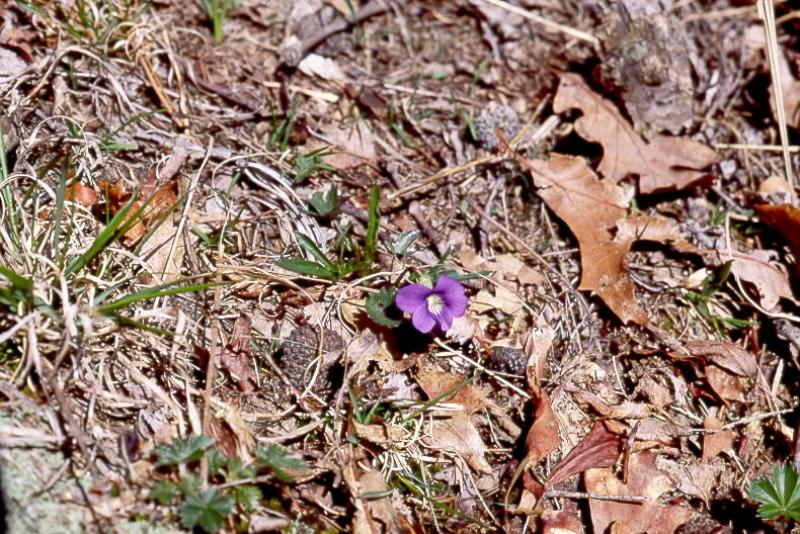 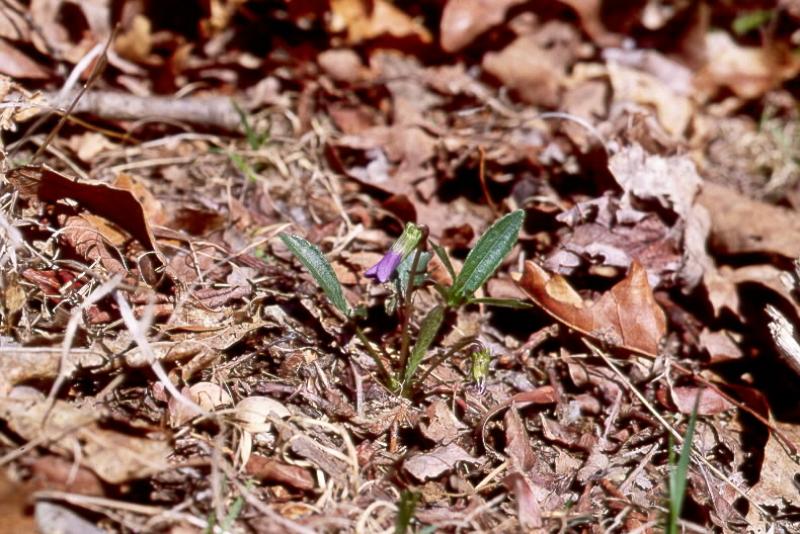 Includes var. pectinata as a synonym. This taxon is a good entity although it may be listed as a variety by some researchers.