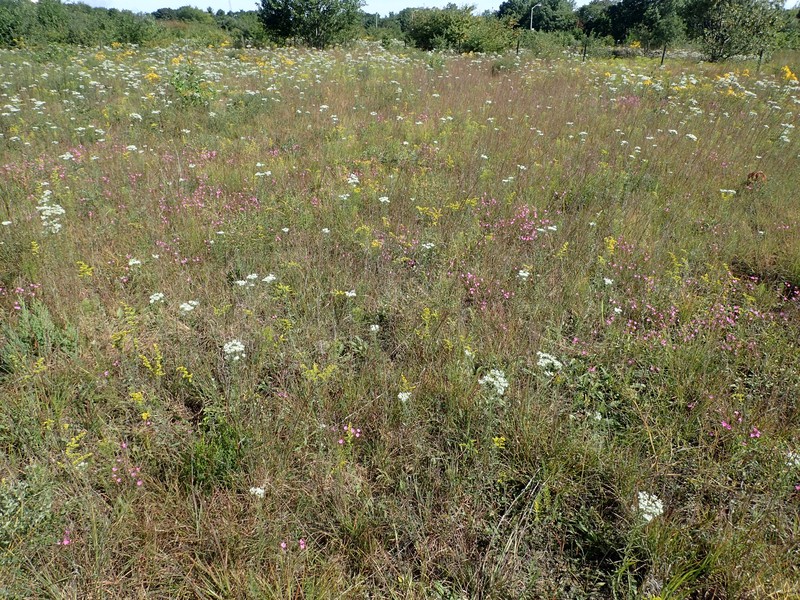 For over fifty years, the once expansive Hempstead Plains (named after the Village of Hempstead, which was founded in 1644) served as a Cradle of Aviation in Nassau County. By 1910, The Plains, which covered over 50 square miles, were home to three airfields and a few flying schools. One of these airfields, Roosevelt Field (previously known as the Hempstead Plains Aerodrome), was the departure point for Charles Lindbergh's historic 1927 transatlantic flight to Paris.

While once a part of an extensive grassland system, Hempstead Plains grassland is now restricted to one site on the coastal lowlands in Nassau County in western Long Island. This one documented occurrence represents the only known location for this globally rare community; no additional sites are expected to be discovered. The remnant occurrence has fair to poor viability and is protected on public or private land. It is vulnerable to development, which is the most crucial impending threat to the community. The community's trend, overall, is declining due to invasive species encroachment, woody species invasion, and trash dumping.

In recent decades, the acreage of this community has remained somewhat stable but may be declining as shrubs invade the edges. The community's quality/viability has declined due to invasive species encroachment, fire suppression, and trash dumping.

The acreage and number of Hempstead Plains grasslands has severely declined from their historical extent due to development. Greater than 99% of the community's area of occupancy has been lost.

The existing remnant patches of Hempstead Plains grassland are surrounded by urban development and illegal garbage dumping has been common. The community is extremely vulnerable to further development and associated disturbances. It has been colonized by invasive exotic species, including Lespedeza cuneata, Artemesia vulgaris, and Euphorbia cyparissias, which have the potential to spread further throughout the community. Fire suppression threatens to convert the community from open grasslands to successional shrublands or successional southern hardwoods.

Restore and replicate the natural fire regime, as appropriate. Implement restoration including trash clearing, reducing woody species as they invade, and removing invasive exotic species and monitoring their abundance. Monitor visitor use and work with landowner to restrict access if excess trampling and cycling is negatively affecting the community. Investigate the feasibility of restoring nearby natural areas back to this community type.

This community is located in a landscape that is heavily developed. Connections to adjacent communities are unlikely to exist. However, adequate protection, restoration, proper management, and no further development in and around the site, should allow the grassland's viability to improve.

Aerial surveys for this community have been conducted and no other remnants were found. More compositional data, including plot data collection, is needed, as is additional data on rare and characteristic animals.

Documentation of the natural fire regime of this community is needed.

Hempstead Plains grassland is restricted to the coastal lowlands in Nassau County in western Long Island. Historically, it covered a fairly large area of western Long Island (roughly 38,000 acres), which may have been in the central part of its historical range from Massachusetts to New Jersey.

Hempstead Plains grassland is restricted to the coastal lowlands in Nassau County in western Long Island, New York. Historically, it may have ranged from Massachusetts to New Jersey. The community is related to midwestern grasslands, and it may represent the easternmost occurrence of a community known as a "sand prairie" in the midwestern United States (NatureServe 2009).

A tall grassland community that occurs on rolling outwash plains in west-central Long Island. This community occurs inland, beyond the influence of offshore winds and salt spray. Historically this community covered about 15,000 hectares (approximately 38,000 acres) of western Long Island; less than around 15 hectares (37 acres) remain today, and most of these are severely degraded.

This grassland can be beautiful throughout the growing season. In early spring, from April to June the yellow cinquefoils (Potentilla spp.) come into bloom. Visit from June through August to see yellow wild indigo (Baptisia tinctoria), purple bird's-foot violet (Viola pedata), and bright orange butterfly weed (Asclepias tuberosa). The fall brings a profusion of goldenrods, asters, and dramatic flowering grasses. 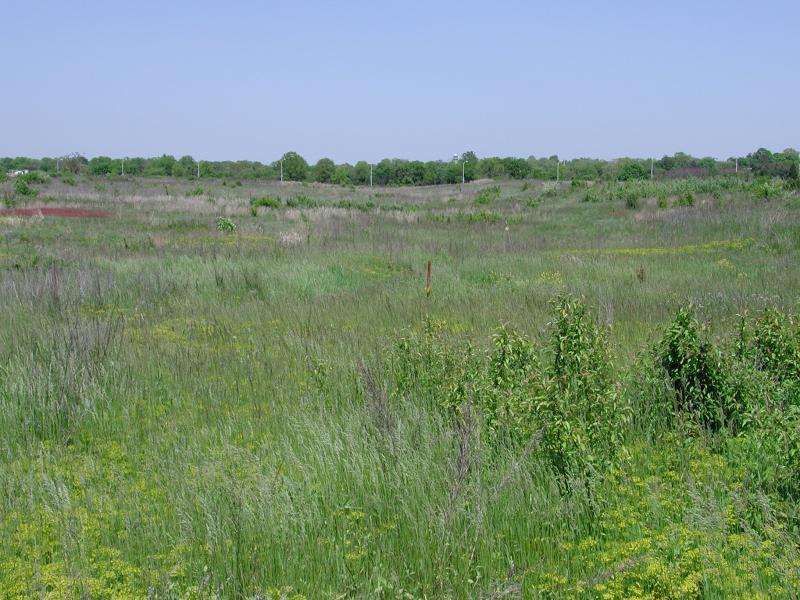 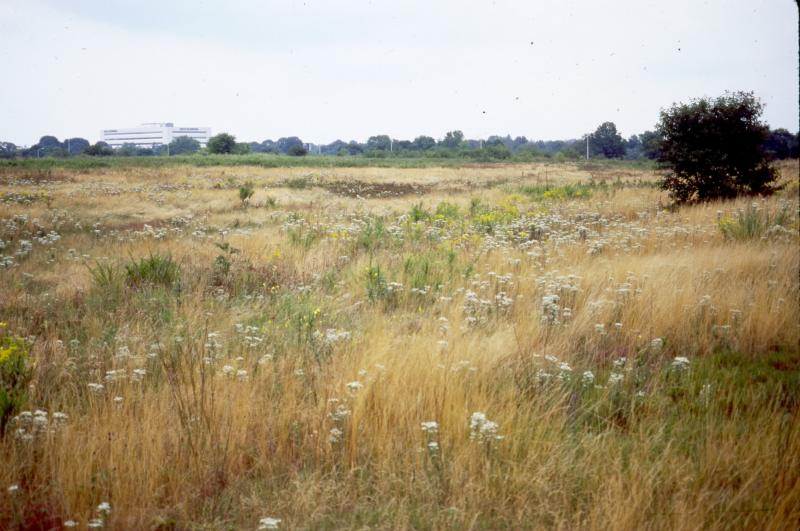 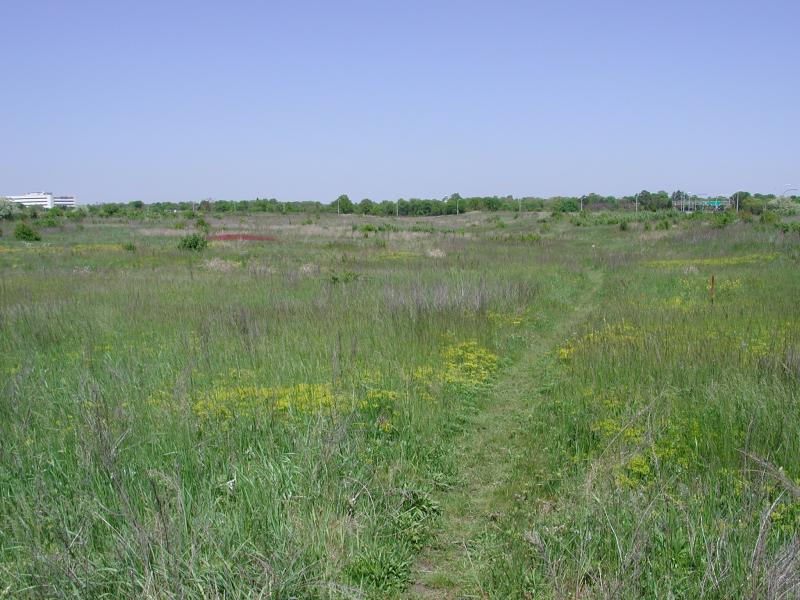 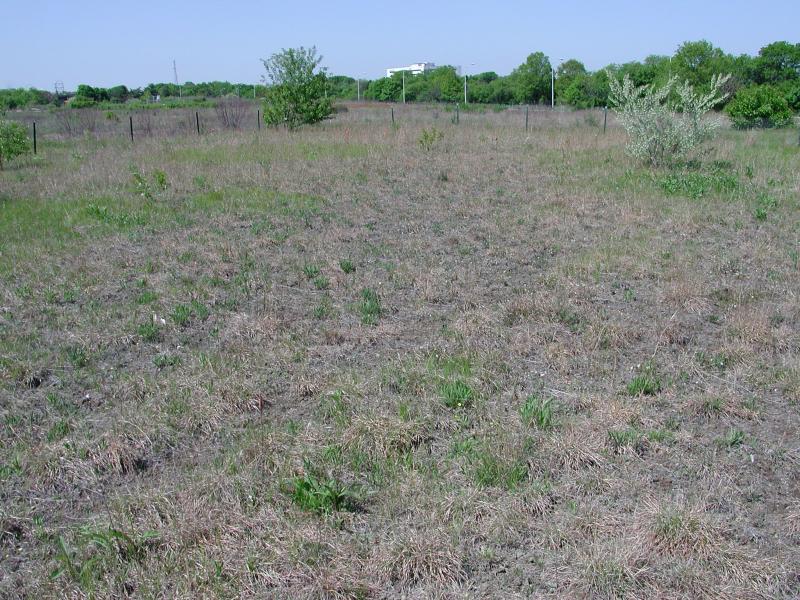 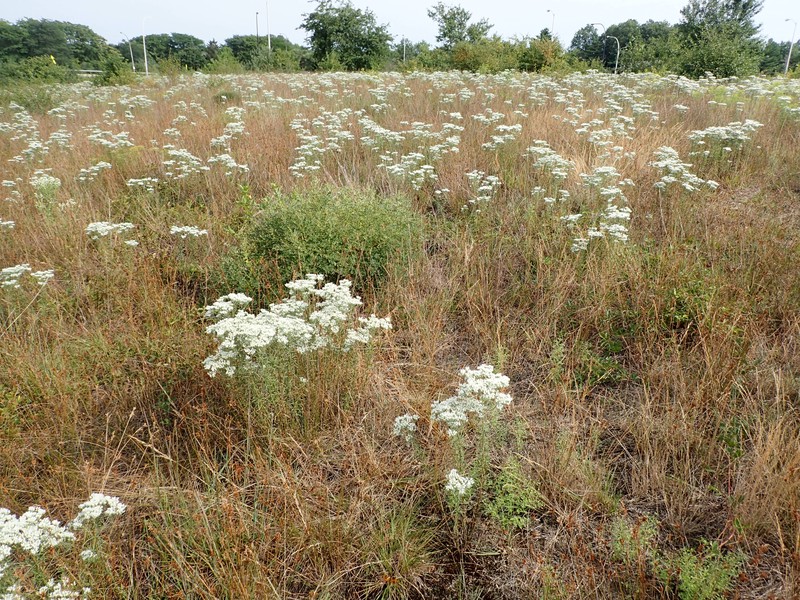 This figure helps visualize the structure and "look" or "feel" of a typical Hempstead Plains Grassland. Each bar represents the amount of "coverage" for all the species growing at that height. Because layers overlap (shrubs may grow under trees, for example), the shaded regions can add up to more than 100%.

Information for this guide was last updated on: June 22, 2021