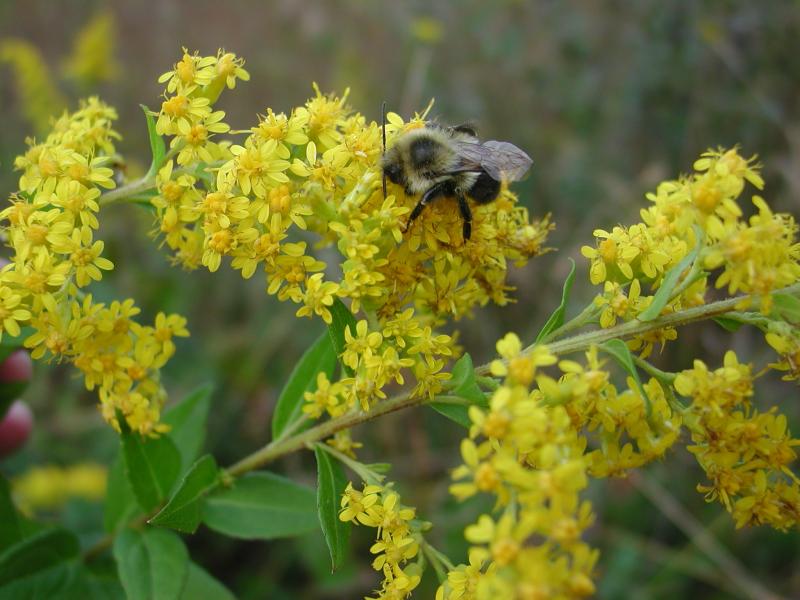 The species name means very wide leaves, even though the leaves of this goldenrod are no wider than most of the other species in the genus.

There are four existing populations, but only one of them has more than 100 plants. There are 23 historical localities and most of them have been resurveyed. There may be more plants hidden among the other goldenrods.

The short-term trend is unknown due to a lack of recent surveys.

The long-term trend is strongly negative. There has been a substantial decline in the number and size of populations in the last 100 years as more open areas of Long Island were developed.

The lack of management to provide a proper disturbance for this species is its biggest threat.

Disturbance regimes that optimize population numbers need to be maintained.

Studies should be done to see if present populations can be augmented. Research is also needed to provide the best interval and season of disturbance to optimize population numbers.

This goldenrod is currently known from Suffolk County, Long Island and was once known to the west in Nassau and Queens counties where it is probably extirpated.

This goldenrod occurs from Nova Scotia and eastern Massachusetts south along the Atlantic Coastal Plain to northern Florida and west along the Gulf Coast in the panhandle of Florida, southern Alabama and Mississippi.

Coastal goldenrod is an erect wildflower that grows 1-3 meters tall from a long creeping rhizome. There may be 1-5 stems per plant. They are hairless or may contain hairs within the branches of the inflorescence. The basal and lower stem leaves wither by flowering time. The leaves on the middle and upper part of the stem are sessile, elliptic or lanceolate-elliptic, toothed, 60-150 mm long and only a little reduced in size toward the top of the stem. They are hairless, not 3-nerved, slightly roughened, and have a conspicuous net of veins visible. There are 35-800 flower heads of in open panicles which sometimes have bracts within them. The branches are slightly to strongly curved down with flowers growing on one side of the branch. The involucres are bell-shaped and 4-6 mm long. The involucral bracts are in a 4-5 series, hairless and 0.7-1.2 mm wide. The yellow ray flowers are 2-3 mm long (FNA 2002).

The best time to identify this goldenrod is when it is in flower.

There are three closely related goldenrods that occur within the range of coastal goldenrod. Solidago odora and Solidago ulmifolia grow from short, not elongate rhizomes. Solidago odora has narrowly lance-shaped leaves that sometimes smell like anise when crushed. Solidago ulmifolia has leaves that are slightly hairy with short to long petioles. Solidago rugosa also grows from creeping rhizomes but is much more common. The stems are hairy the entire length and the leaves of the mid-stem are more lanceolate to ovate instead of elliptic (FNA 2002).

The time of year you would expect to find Coastal Goldenrod flowering and fruiting in New York. 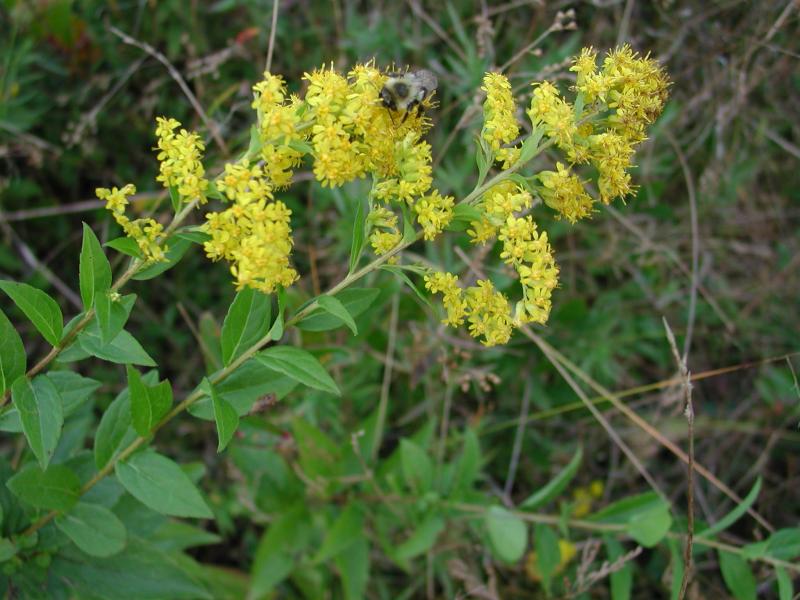 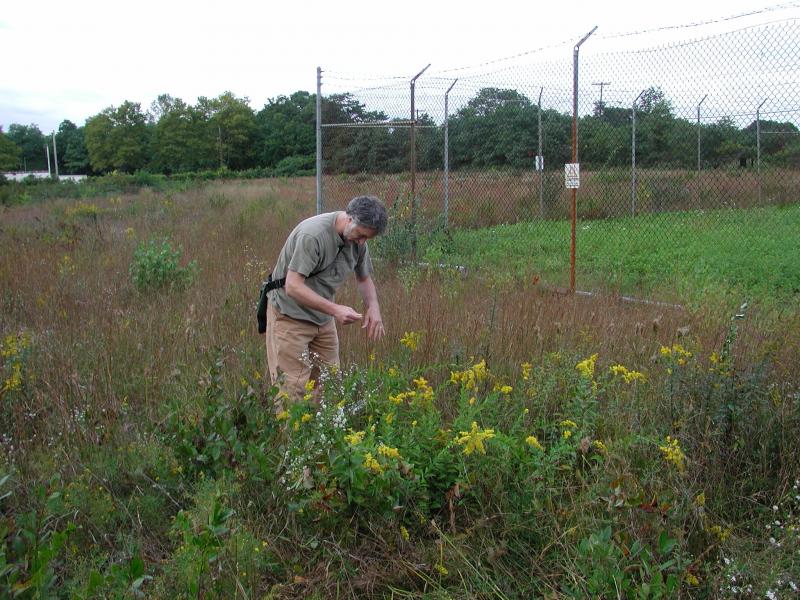 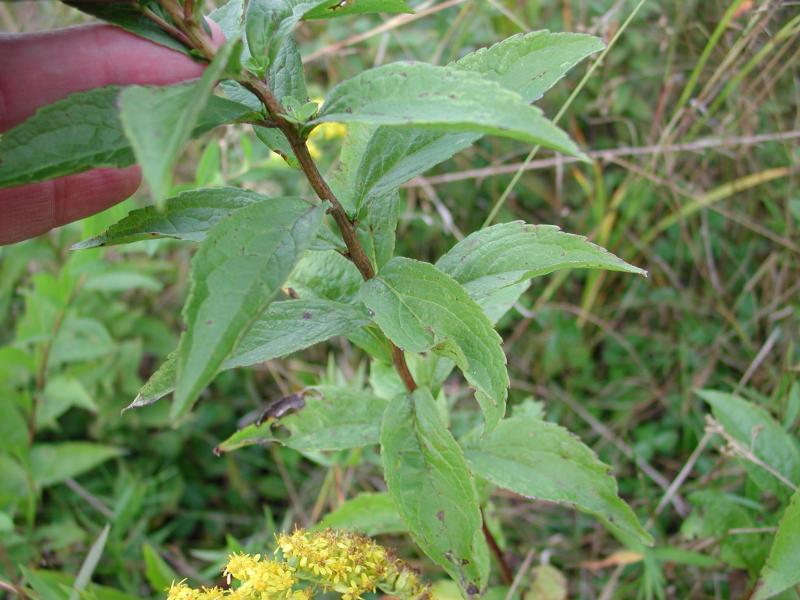 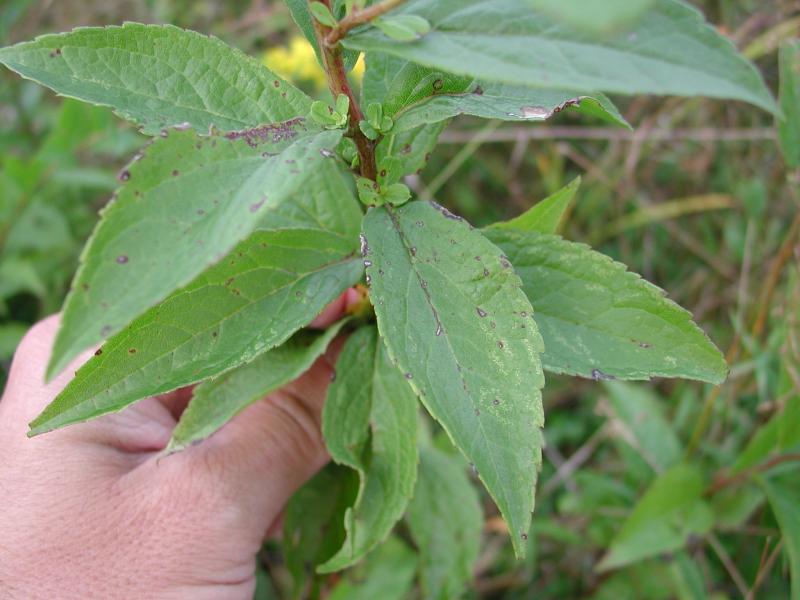