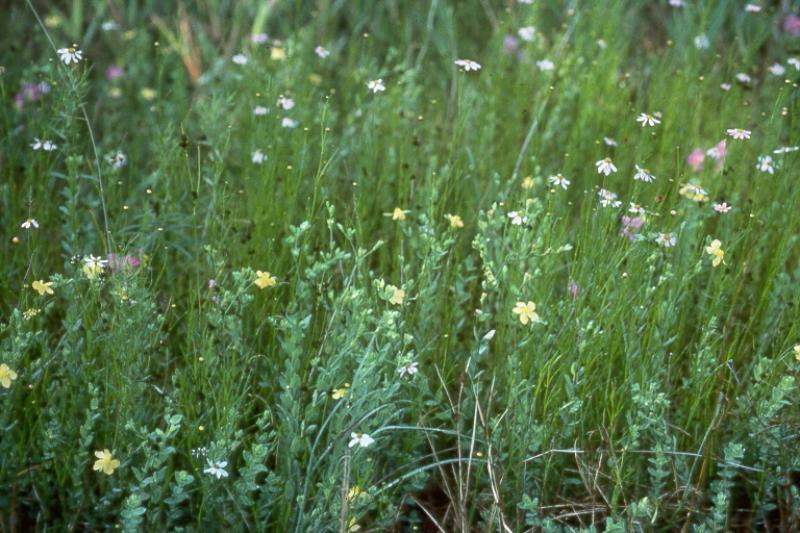 The only population in New York has not been seen in many years but it grows in a habitat that changes from year to year, so it may still be in the seed bank waiting to reappear when conditions are right.

There is one existing population and no other historical occurrences.

Several thousand plants were seen in the late 1980s, but they were not seen again until 10 years later when thousands were seen again. No plants have been seen again since 1996 but they may be waiting for favorable pondshore conditions to reappear.

There has only ever been one population in New York which was discovered in 1923 and last seen in 1996. The population will probably continue to fluctuate dramatically in the foreseeable future as long as the pondshore remains protected.

There are no direct threats to the population.

The pondshores need to be protected from direct disturbance by ATVs and excessive trampling. Exotic invasive species must be prevented from colonizing the shores and any existing populations eliminated at occupied ponds. A natural buffer of at least 200 feet should be established around the ponds to prevent excessive runoff and pollution events.

Research is needed into the status of the seed bank to determine how long seeds can remain viable at the site.

The plants occur on the exposed shore of a coastal plain pond. The pond is set within a pitch pine-dominated pine barrens. The upper pond margin is a sand substrate.

There is only one occurrence known from Suffolk county on Long Island. There is one historical record which may be the same occurrence.

This is primarily a species of the Atlantic coastal plain from Long Island to South Carolina with some inland populations in North Carolina, Tennessee, Georgia, and Alabama. It is most rare in the northeastern part of its range except for New Jersey.

This is a perennial wildflower with a single stem that grows 2-7 dm tall. The leaves are elliptic to almost round and 8-20 mm long. They are appressed to the stem so the undersides show and are as long as or shorter than the internodes. Each opposite pair of leaves faces 90 degrees away from the pair above and below it (decussate). The branched inflorescence has flowers with coppery-yellow asymmetrical petals that have a tiny tooth on one side. There are 50-80 yellow stamens surrounding the ovoid fruit which has 3 distinct styles on the top.

The best time to identify this plant is when it is in flower although the appressed leaves could be seen earlier.

Hypericum denticulatum may look similar to other low herbaceous Hypericum species but it is the only one with 50-80 stamens and styles that are 2-4 mm long. The other species have very short styles and up to 22 stamens. Without flowers Hypericum mutilum looks very similar to this species but the leaves are not appressed to the stem.

The plants are in flower in July and early August when they begin to fruit. The fruits last through October.

The time of year you would expect to find Coppery St. John's Wort flowering and fruiting in New York.