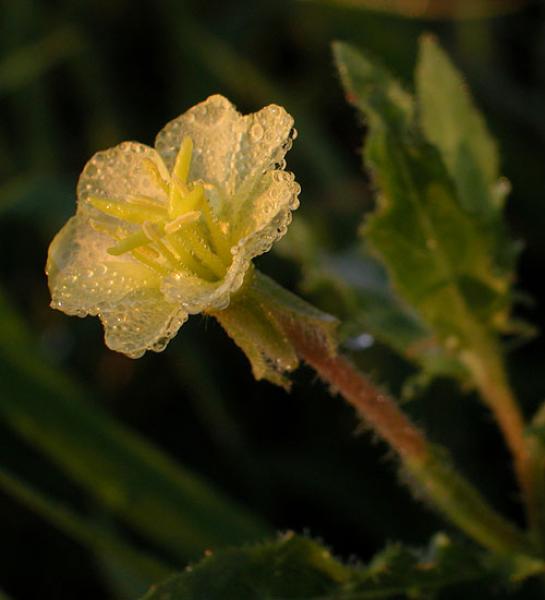 This plant is primarily known from the New York City and Long Island areas, but it may have hitched a ride north to Albany where it was collected at the Selkirk railroad yards in 1920. It has never been seen that far north again.

There are five existing populations in disturbed areas where their habitat changes from year to year. All of these populations are small and unstable. There are also 14 historical occurrences but many of these are located in human-disturbed areas like roadsides and along railroads where the plants may have been introduced.

The short-term trend is unknown due to a lack of recent surveys.

The long-term trend is uncertain. This species was always very rare in New York where it shows up occasionally in disturbed areas at the edge of its range. It is expected that it will be present in small numbers for the foreseeable future.

Its old field habitat is threatened by succession, improper mowing and development. Exotic species and development threaten one site in New York City.

This species needs disturbance to reduce competition from woody plants or more aggressive herbaceous plants, but too much disturbance to the plants will reduce or eliminate the population. Any disturbance of its habitat to open it up for seed germination and colonization should occur when the plants are dormant. Direct disturbance should be prevented during the growing season.

This low herb ranges across Long Island where it is currently known from Suffolk and Queens counties. It is historically known from Staten Island, the Bronx, and up the Hudson River Valley in disturbed areas of Ulster and Albany counties.

It occurs in scattered populations from New England and New Brunswick west through Ontario, but these northern populations are considered introduced. Native populations extend from southeastern New York west to North Dakota and Wyoming. From there it becomes more common to the south, from Florida through Texas into Mexico, and on down to South America. It is also present as an introduced plant in California.

Oenothera laciniata is an annual herb species with erect or ascending stems simple or branching from the base, 10 to 40 cm tall, and covered with long spreading hairs. The leaves are 3 to 8 cm long, oblanceolate to oblong or lanceolate, with margins cleft into lobes by large teeth (somewhat resembling dandelion leaves). The flowers are sessile, open at twilight, and are borne in the axils of the upper leaves. They have yellow petals 5 to 18 mm long, and a hairy hypanthium tube. The fruit are capsules 1.5 to 3.4 cm long, containing the pale brown, ellipsoid, pitted seeds (Gleason and Cronquist 1991, Voss 1985, Newcomb 1977).

Plants in flower are easiest to identify, though those with mature fruit may also be identifiable.

Oenothera humifusa's leaves are entire or have obscurely wavy or toothed margins, and its range reaches its northern limit in New Jersey. O. rhombipetala and O. clelandii have hypanthium tubes which are only barely strigose (hairy) and have numerous flowers in dense terminal spikes (Gleason and Cronquist 1991).

This plant flowers in June through September and fruits persist to early October.

The time of year you would expect to find Cut-leaved Evening Primrose flowering and fruiting in New York.