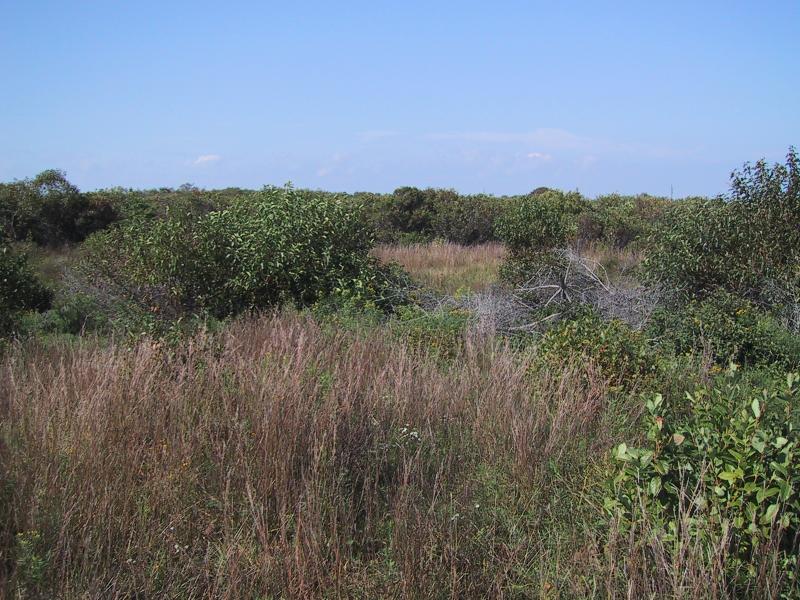 From Stack (1989): "Early 19th century maps and photos show that nearly the entire eastern end of Long Island was once covered with tallgrass prairie-like vegetation. The grasslands supported large herds of grazing animals driven there from as far away as East Hampton to summer on the rich pasture. Annual burning in addition to cattle and sheep grazing kept woody species like bayberry, sumac, cherry, and locust from establising in the community. There are records that suggest that this (burning) was a practice learned from the previous inhabitants of the area, the Montauk Indians."

Some of the documented occurrences of this community have good viability and several are protected on public or private conservation land. The community is restricted to the Coastal Lowlands ecozone of eastern Long Island in Suffolk County and is found primarily on the South Fork. The trend for the community is declining due to significant threats from development, fire suppression, and trampling.

The number, extent, and viability of maritime grasslands is suspected to have decreased in the recent past, primarily due to fire suppression, woody species proliferation, and exotic species invasion. Some patches do still undergo prescribed burning and an effort has been made to add fire to managment regimes, but the efforts may not be sufficient to maintain stable acreage. Continued development pressures have contributed to additional declines.

The number, extent, and viability of maritime grassland in New York are suspected to have declined substantially over the long-term. These declines are likely correlated with fire suppression and decreased grazing, which historically kept woody species at bay. Declines are also due to coastal development and associated changes in landscape connectivity and natural processes.

Restore and replicate the natural fire regime, as appropriate. Monitor for trampling damage. Monitor the abundance of invasive species in this community and, as needed, control their encroachment using non-chemical protocols; in particular, restrict herbicide spraying along railroad tracks.

The community has been well-inventoried, but additional occurrences may be found using aerial surveys. More compositional data, including plot data collection, is needed, as is data on rare and characteristic animals.

Documentation of the natural fire regime of this community is needed, possibly using the sources referred to in Stack (1989). Early records (from the 1650's) show that the grasslands were burned frequently (at times annually) by the Montauk Indians and subsequently by early settlers (Stack 1989). An investigation into the taxonomic distinction between maritime grassland and the stabilized, graminoid-dominated maritime dune variant is needed, as these communities can be essentially identical in species composition, structure, and function. They need further documentation, analysis, and clarification.

This community is restricted to the Coastal Lowlands ecozone of eastern Long Island in Suffolk County on the South Fork and vicinity. The historical range may have extended west to Nassau County, where the community may have graded into Hempstead Plains grassland.

This community occurs in patches along the northeastern seacoast and on offshore islands of Massachusetts, Rhode Island, and New York (NatureServe 2009).

A grassland community that occurs on rolling outwash plains of the glaciated portion of the Atlantic coastal plain, near the ocean, and within the influence of offshore winds and salt spray. This community is dominated by grasses that usually form a turf; the grasses collectively have greater than 50% cover. Low heath shrubs may be present, with less than 50% cover.

Known examples of this community have been found at elevations between 1 feet and 90 feet.

One of the best times to see maritime grasslands is in the fall after the first frost, when the grasses have turned from green to their distinct late season reds and purples. Early fall is also a good time to enjoy asters and goldenrods in bloom. 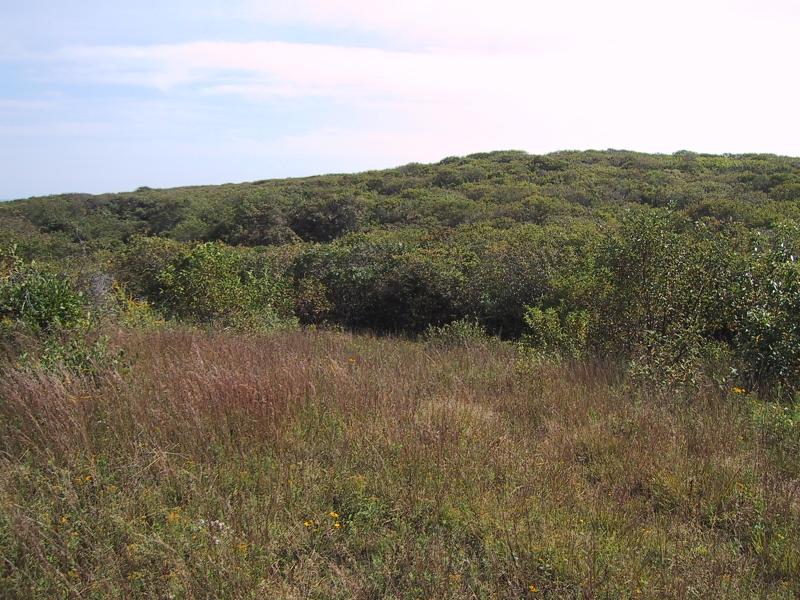 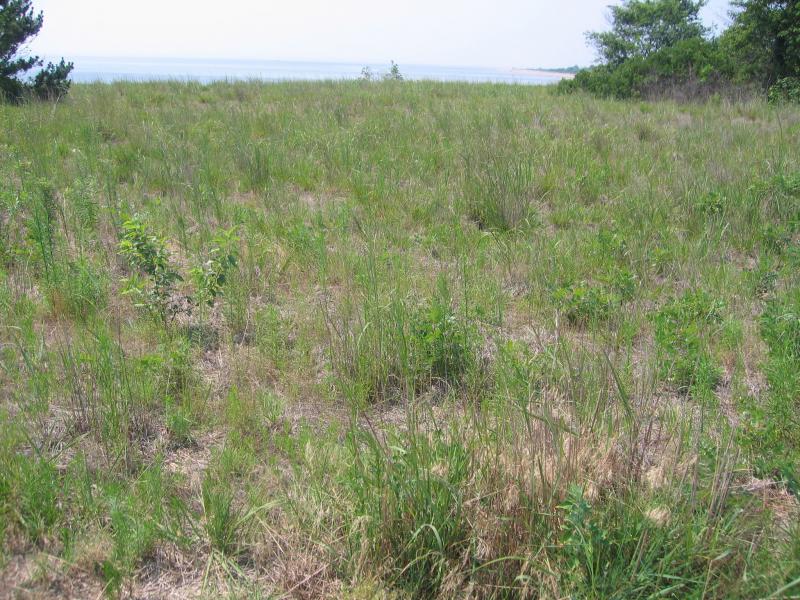 This figure helps visualize the structure and "look" or "feel" of a typical Maritime Grassland. Each bar represents the amount of "coverage" for all the species growing at that height. Because layers overlap (shrubs may grow under trees, for example), the shaded regions can add up to more than 100%.

Taylor, N. 1923. The vegetation of Montauk. A study of grassland and forest. Brooklyn Botanic Garden Memoirs 2: 1-107.