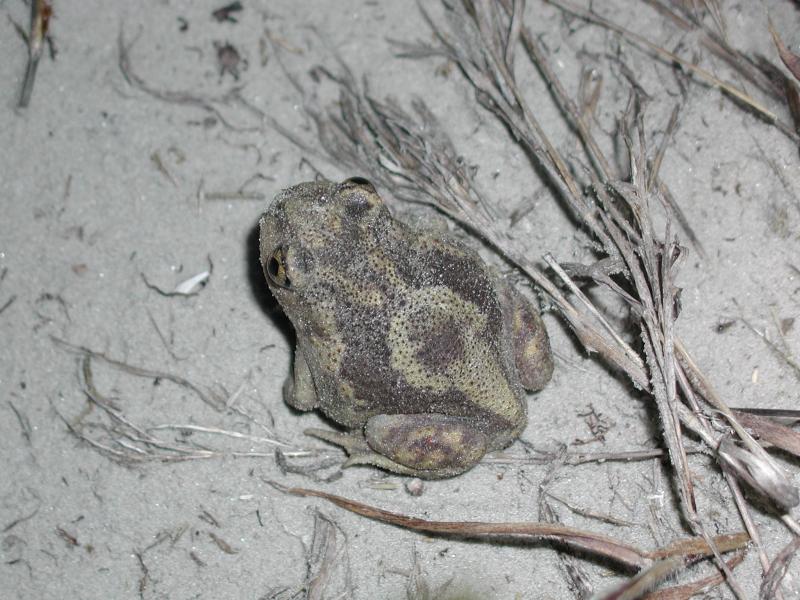 Some people suffer from strong allergic reactions when handling spadefoots. The reaction may include watery eyes, a runny nose, and violent sneezing (Conant and Collins 1998).

Despite intensive survey efforts during the New York State Department of Environmental Conservation Amphibian and Reptile Atlas project, occurrences were reported from only 13 USGS topographic quadrangles between 1990 and 1999. Two additional occurrences were subsequently located in Dutchess and Saratoga Counties. A historical population in Rockland County (DeKay 1842) is apparently extirpated. This species appears to be fairly localized where it occurs.

Long-term trends are unknown, due to the absence of reliable baseline information (New York State Department of Environmental Conservation 2006). At least one historical population reported from Clarkstown, Rockland County, (DeKay 1842) is believed to be extirpated.

The development of an eastern spadefoot management plan would be beneficial (New York State Department of Environmental Conservation 2006).

Eastern spadefoot habitat is characterized by dry sandy soils or loose soils. Spadefoots are found in pine barrens and associated habitats in Saratoga and Albany Counties and in pitch pine-scrub oak dunes on Long Island. The Dutchess County location contains limestone bedrock outcroppings, which are highly erodable and form limestone sand deposits in the surrounding area. The forest in this area is predominately red cedar.

This species is primarily found on Long Island (Nassau and Suffolk Counties), with isolated populations in Dutchess, Albany, and Saratoga Counties.

The eastern spadefoot is a medium-sized toad with smooth skin and small, scattered warts. Distinguishing characteristics include protruding golden eyes with vertical pupils, two golden dorsal stripes that are in the shape of a lyre, and a sharp-edged, sickle-shaped "spade" on the underside of each hind foot (Klemens 1993; Conant and Collins 1998; Gibbs et al. 2007). The tadpoles are bronze and have a short, rounded, and finely spotted tail (Wright and Wright 1949; Gibbs et al. 2007). The golden dorsal pattern mentioned above is also evident on the tadpoles. The call of breeding males has been described as a coarse "wank, wank, wank..." (Gibbs et al. 2007).

The characters most useful for identification include the protruding golden eyes with vertical pupils, two golden dorsal stripes that form the shape of a lyre, and a sharp-edged, sickle-shaped "spade" on the underside of each hind foot (Klemens 1993; Conant and Collins 1998; Gibbs et al. 2007).

Adults are most easily identified, although newly metamorphosed individuals have a similar appearance to adults and can also be distinguished as spadefoots.

Eastern spadefoots are fossorial; that is, they are adapted to digging and can remain underground for weeks or months at a time during dry periods. Adults are nocturnal, with peaks of activity just after sundown and before sunrise (DeGraaf and Rudis 1981), especially after warm wet periods in the spring and the summer. Breeding aggregations usually occur after heavy rains, often in spring or summer in the north, but they have been recorded in February (small numbers), March, June, September, and October in Florida (Greenberg and Tanner 2004). These breeding aggregations may include dozens to hundreds of adults in single pools, where clutches of up to 2,500 eggs are laid in several batches. The eggs hatch in two days to two weeks. The aquatic larvae metamorphose into the terrestrial form in two to eight weeks (Greenberg and Tanner 2004). In Florida, the maximum lifespan was estimated to be seven years (Greenberg and Tanner 2005). Adults may migrate up to several hundred meters between breeding pools and nonbreeding terrestrial habitats.

Although early and late sight records on Long Island range from early to late April and early September (Burnley 1971), respectively, the best time to see eastern spadefoot toads is at night during or after heavy rains that coincide with the breeding season.

The time of year you would expect to find Eastern Spadefoot present, active, and reproducing in New York. 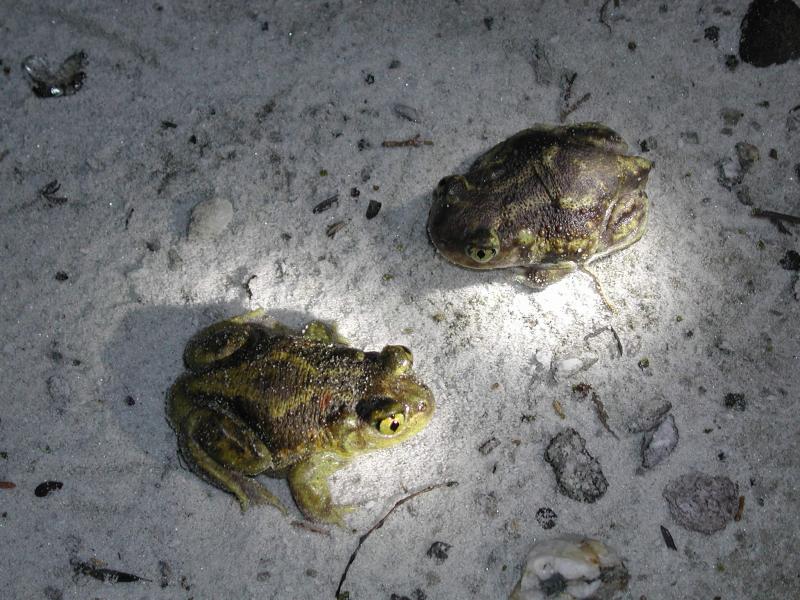 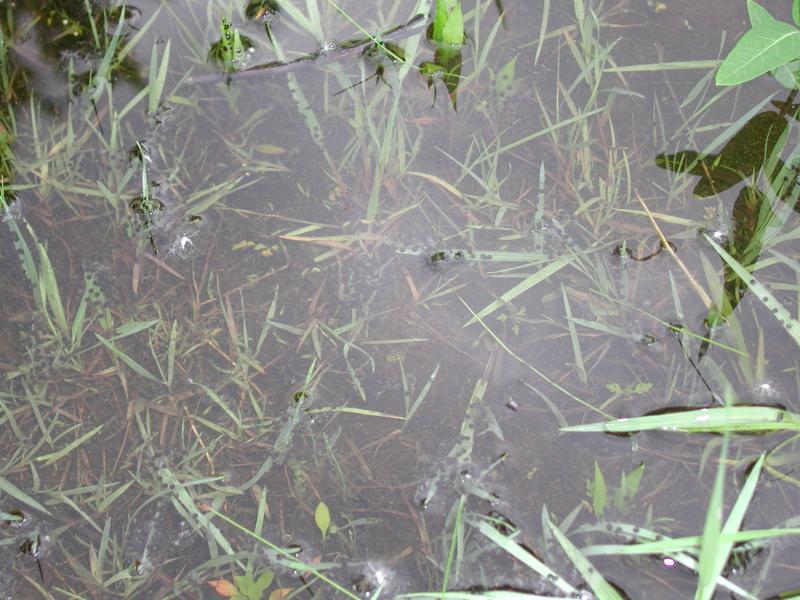 DeKay, J.E. 1842. Zoology of New-York or the New-York fauna comprising detailed descriptions of all of the animals hitherto observed within the state of New-York, with brief notices of those occassionally found near its borders, and accompanied by appropriate illustrations. Part III Reptiles and Amphibia. Albany: W. and A. White and J. Visscher.

Klemens, M.W. 1993. Amphibians and Reptiles of Connecticut and Adjacent Regions. State Geological and Natural History Survey of Connecticut, Bulletin No. 112.

Mathewson, R.F. 1955. Reptiles and amphibians of Staten Island. Proceedings of the Staten Island Institute of Arts and Sciences. 17(2):28-50.

Information for this guide was last updated on: November 8, 2007