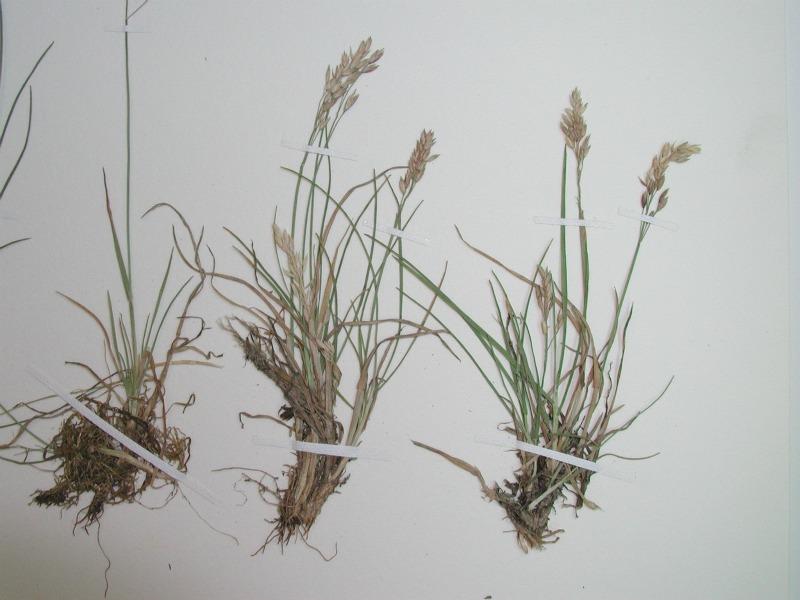 This species is named after Merritt Lyndon Fernald (1873-1950), who was one of the most prominent and respected North American botanists of the 20th century. The species name refers to the drooping branches of the inflorescence.

There is only one known extant population, with 10 "tufts" counted during the last survey. This population is threatened by trampling from hiker traffic.

There are no clear data indicating what the short-term trends are but trampling by hiker traffic may be negatively impacting the one known population.

The one population has been known since John Torrey's ascent of Mount Marcy in 1837. There are very little data on how the size of the population has changed over the years. Currently there are only 10 "tufts" present. Overall, long-term trends are unclear.

Trampling of plants and habitat by hiker traffic threatens the one known population. This population is also potentially threatened by competition with the non-native species Poa pratensis which has been introduced for revegetation efforts at this site (Zika and Jenkins 1992, New York Natural Heritage Program 2007). Left unchecked, global warming threatens this species in New York.

In New York, this species is only known from near the summit of Mount Marcy, the highest mountain in New York, in an alpine meadow at the base of anorthosite ledges and in sheltered places between boulders (New York Natural Heritage Program 2007). Summits of higher mountains (Gleason and Cronquist 1991). Alpine regions (Fernald 1970).

In New York, this species is only known from the summit of one mountain in the Adirondacks. It is at the southern edge of its range in New York.

This species occurs from northern Labrador south to the alpine regions of Newfoundland, eastern Quebec, and northern New England and New York (Fernald 1970).

Fernald's bluegrass is a densely tufted perennial grass. The stems are 8-35 cm tall. The thin 1-3 mm wide leaves occur along and at the bases of the stems. The inflorescences are 2-8 cm tall and occur at the summit of the stems. As in all grasses, the small flowers occur in structures called spikelets. There are 2-5 bisexual flowers per spikelet (Soreng 2007).

Poa laxa ssp. fernaldiana is a non-rhizomatous and non-stoloniferous perennial. The culms are terete and ascending to erect. The leaves have sheaths which are closed for 0.2-0.3 of their length, glabrous, and have ligules 2-4 mm long. The leaf blades are 1-2(-3) mm wide, flat, very thin, glabrous, and like most other Poa spp. are cucullate at the apex. The panicles are lax, loosely contracted, up to 2 times as long as wide, and have 1-3 smooth or sparsely scabrous branches per node. The spikelets are 4-6 mm long. The first glume is 2.6-4.2 mm long. The lemmas are 3.0-4.6 mm long, with the keels short-villous for at least 1/2 their length, the marginal veins villous, the lateral veins obscure and glabrous, and the bases of at least some of the proximal lemmas are sparsely webbed or rarely all glabrous. The anthers are (0.6-)0.8-1.1(-1.3) mm long (Fernald 1970, Gleason and Cronquist 1991, Soreng 2007).

Identification is easiest when this species is in flower or immature fruit.

Poa laxa ssp. fernaldiana can be distinguished from other grass genera by a combination of cucullate leaf apices, 2-5 florets per spikelet, callus of at least some proximal lemmas sparsely arachnoid pubescent (rarely glabrous), and leaf sheaths closed for 0.2 to 0.3 their length. Poa interior and the non-native Poa pratensis are the other bluegrass species most likely to be seen in alpine habitats.

Poa interior which is also known (historically) from Mount Marcy can be distinguished by having lower panicle nodes bearing 5 branches, leaf sheaths closed for 0.1-0.2 their length, and ligules 0.5-1.5(-3.0) mm long.

Poa palustris can be distinguished by having the lowest node of the panicle bearing 5 branches and leaf sheaths closed for 0.1-0.2 their length.

Poa nemoralis can be distinguished by having the lowest node of the panicle bearing 5 branches, leaf sheaths closed for 0.1-0.2 their length, ligules 0.2-0.8(-1.0) mm long, and panicles at anthesis 2.5-4.0 times as tall as wide.

This species starts to flower in late June and is in fruit through August. Therefore, the best time to survey for this species is July to late August.

The time of year you would expect to find Fernald's Blue Grass fruiting in New York. 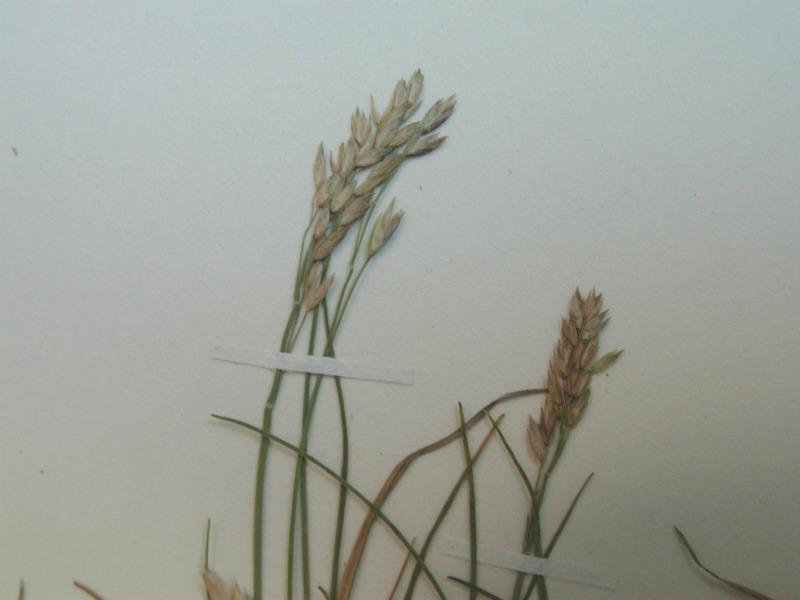 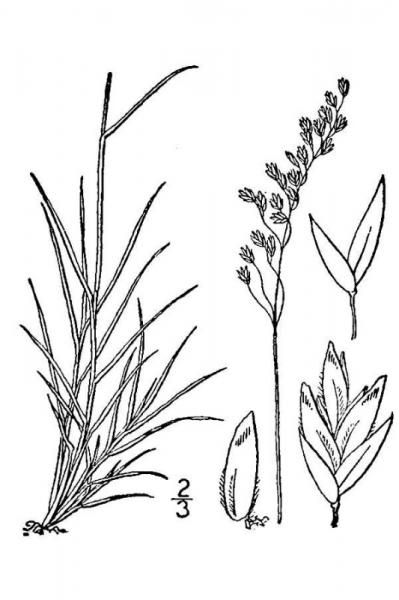 Poa laxa ssp. fernaldiana was known as Poa laxa in the broad sense until the latter taxon was broken up into a few species including Poa fernaldiana Nannf. in 1935 (Scoggan 1950). In 1953, it was returned to the species P. laxa as ssp. fernaldiana. Some authors (Gleason and Cronquist 1991, Mitchell and Tucker 1997) have continued to treat this taxon as P. fernaldiana but according to Soreng (2007), the differences between the various subspecies of P. laxa "seem relatively minor and incomplete" and best treated at the subspecific rank. Only ssp. fernaldiana occurs in New York. The other subspecies are European and western North American. The hybrid Poa laxa x P. glauca is known from the eastern low arctic and its DNA is more like P. laxa ssp. fernaldiana than the other subspecies. It is not known from New York (Soreng 2007). In 2021 the species name was changed to flexuosa to reflect recent changes.