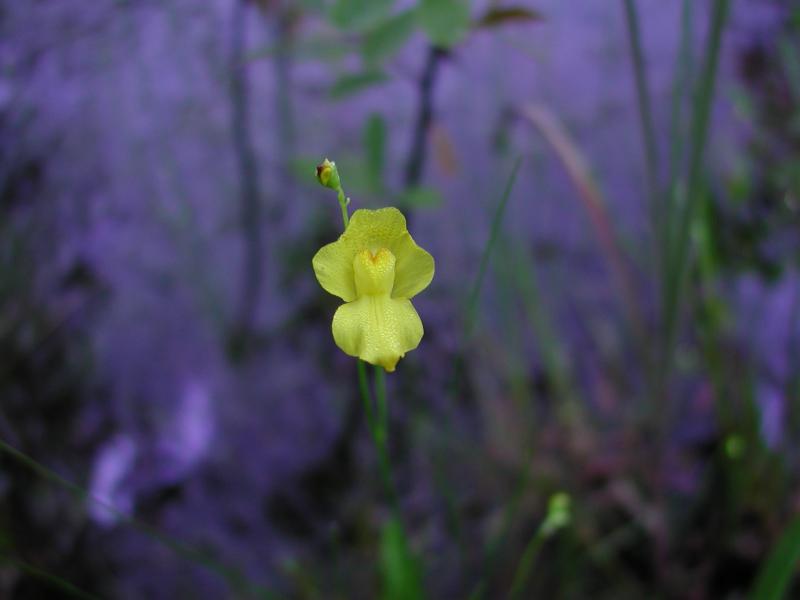 Some organisms like Euglena and some diatoms are able to survive and reproduce within the bladders of bladderworts without being digested. The movement of the bladder trapdoors to catch prey is the most rapid movement known among plants but its exact mechanism is still a mystery. This species is relatively easy to grow in the greenhouse (Schnell 2002).

There are eight existing populations and two of them consist of multiple, hydrologically connected ponds. There are five populations from the late 1800s and early 1900s which have not been resurveyed.

The long-term trend appears stable. This plant has always been very rare in New York and there have been about the same number of populations over the last 100 years. Relatively new threats such as Phragmites may reduce populations in the future.

Some ponds have impacts from shoreline development which threaten populations with direct disturbance by trampling and ATV use. The invasion of Phragmites is also a threat to a few populations.

Research is needed about habitat preference and seed banking in order to augment existing populations.

This small carnivorous plant is currently known only from Suffolk County, Long Island, is with historical records to the west in Nassau County.

This carnivorous plant occurs from Long Island south along the Atlantic Coastal Plain to northern Florida and west along the Gulf Coast from the panhandle of Florida to East Texas.

Fibrous bladderwort is an aquatic species of shallow water. Stolons with a large number of traps penetrate the sandy or silty bottoms of ponds or ditches. Above them in the water is a single whorl of stolons (small foxtail) 5-10 cm long and up to 4 cm wide with very fine branches. The peduncle is 10-40 cm long and fairly stout at 2 mm wide. There are 2-6 long-pedicelled, bright yellow flowers that are 2 cm long with the upper lip as long as or longer than the lower lip and weakly 3-lobed. The spur is about as long as the lower lip or slightly exceeds it (Schnell 2002).

NOT ALL LEAVES HAVE BLADDERS

This bladderwort can only be identified in flower.

Utricularia gibba is the most closely related species but it has no foxtails, a smaller peduncle, 5-10 cm and only 1 mm wide, and smaller flowers about 1 cm long (Schnell 2002).

The best time to identify this plant is July through September.

The time of year you would expect to find Striped Bladderwort flowering in New York. 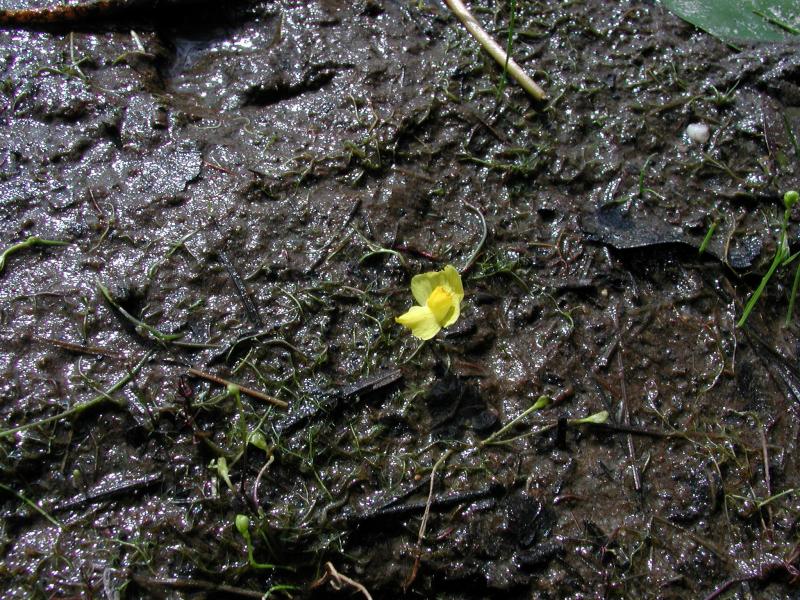 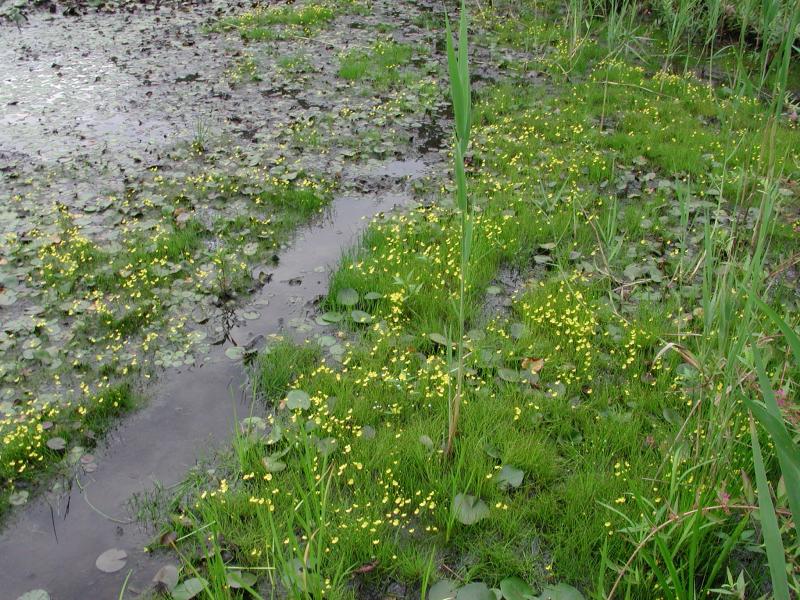