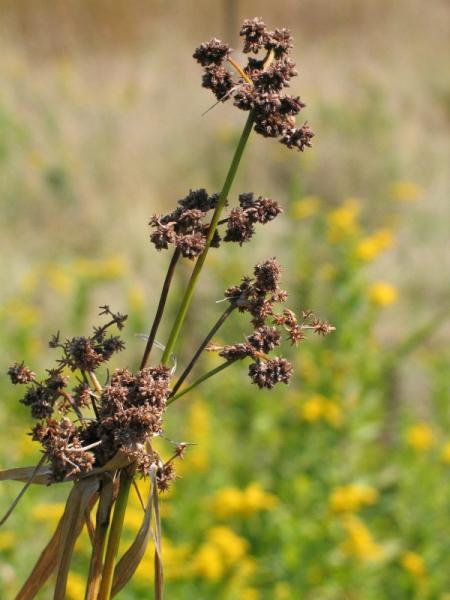 Although Georgia Bulrush is named after the state of Georgia it is known from as far north as Prince Edward Island, Canada (Harper 1900, Whittemore and Schuyler 2002).

Scirpus georgianus is close to the northern part of its range in New York. It is only known to occur in widely scattered disjunct populations in the northern part of its range even though there is ample available habitat (Whittemore and Schuyler 2002, New York Natural Heritage Program 2007). There are currently 6 known extant populations although 3 of these have not been seen in nearly 20 years. There are 14 populations which have not been seen in at least 30 years and are considered historical. Additionally, 3 populations are believed to have become extirpated. Some of the historical occurrences may be based on misidentified specimens as the synonym S. atrovirens var. georgianus was long mis-applied to the common S. hattorianus.

One population has become extirpated within the past 40 years probably as a result of invasive plants. All of the six known extant populations were first found within the past twenty years. Since this species was misunderstood in the past and because it is often overlooked these "new" populations may have simply been overlooked in the past. Habitat for this species is probably not a limiting factor since the habitat that it prefers is generally relatively common at least in parts of New York. Overall, short term trends are not clear.

There are 14 populations which have not been seen in over 30 years, 10 of which, have not been seen in about 90 years. Some of these populations may be based on mid-identifications of closely related species. Two of the historical populations are from what is now highly urbanized regions around New York City and are likely extirpated. An additional 3 populations have become extirpated. Some "new" populations have been found in recent years but may have simply been overlooked in the past. Habitat for this species has declined around the urbanized New York City region and perhaps in other regions of New York State as a result of invasive species but in general adequate habitat is still relatively common although not-necessarily a limiting factor for Georgia bulrush. Overall, long term trends are not clear but may indicate at least some decline.

Keep an eye on invasive species which may be negatively impacting some populations. If these become a problem they should be controlled.

There are scattered populations known from western New York, east to Lake Champlain, and south through the Hudson Valley to Long Island. It may also occur in northern New York, but specimens from that area need to be confirmed.

This species occurs from Prince Edward Island south to Georgia and west to Ontario, Minnesota, Nebraska, and Texas. It occurs in disjunct localities in the northern part of its range (Whittemore and Schuyler 2002).

Georgia bulrush is a grass-like plant with erect to reclining stems and strap-like leaves. The plants grow in clumps with leaves scattered along the stems. Numerous stalked clusters of tiny non-showy flowers occur at the summits of the stems. The flower clusters are ball-shaped. The flowers mature into tiny one-seeded fruits which eventually fall from the plants (Whittemore and Schuyler 2002).

Mature fruits are nearly essential to the identification of this species although with enough familiarity young fruits or flowers are adequate.

Hybrids between S. georgianus and other closely related species are known. These hybrids can be distinguished by most of their ovaries being empty and having elongated spikelets.

The time of year you would expect to find Georgia Bulrush fruiting in New York. 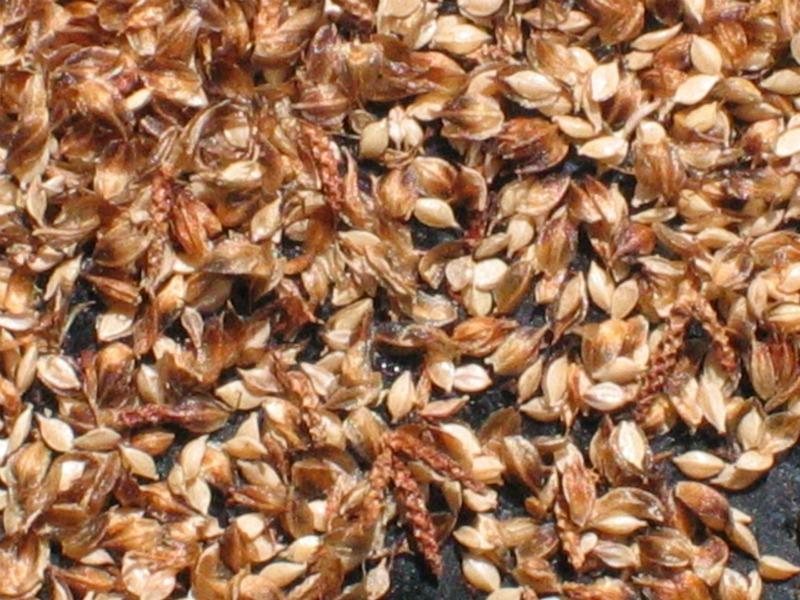 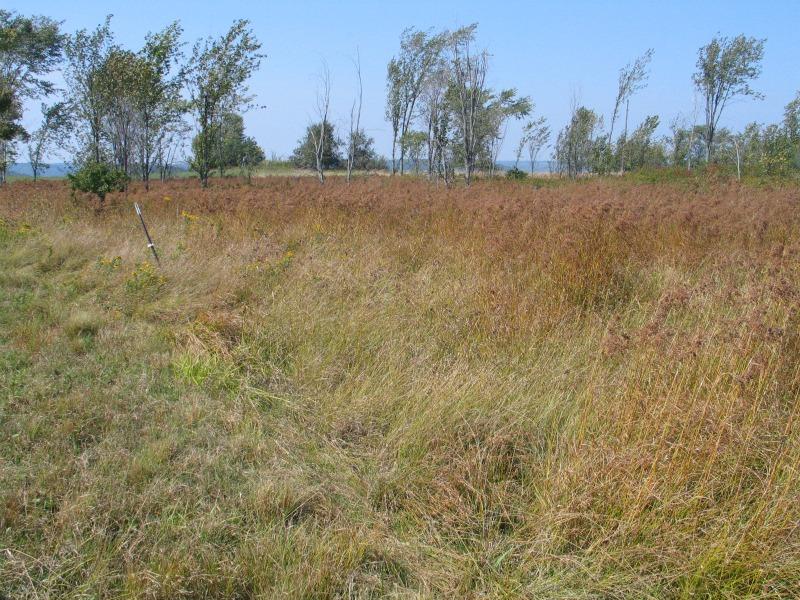