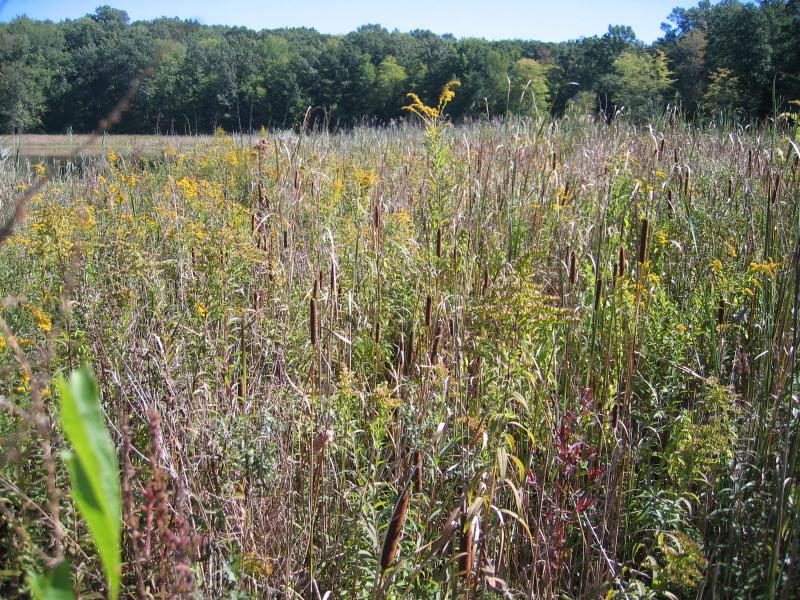 One characteristic plant of shallow emergent marshes is the cardinal flower. The bright, scarlet red flower attracts its pollinator, the ruby-throated hummingbird. This hummingbird is the only hummingbird that breeds in eastern North America. It winters in Central America and the cardinal flower has timed its blooming season to correspond to the hummingbird's migration south. According to legend, the flower was named for the red robes worn by cardinals in the Catholic Church.

Emergent covertype acreage and relative abundance appeared to decline slightly statewide (Huffman & Associates, Inc. 2000). There may be a few cases where this community has increased as a result of abandoned agriculture land.

The number and acreage of shallow emergent marshes in New York have substantially declined (50-75%) from historical numbers likely correlated to the alteration to the natural hydrology and to direct destruction, especially near urban areas and historical conversion for agricultural purposes.

This physically and physiognomically broadly-defined community is likely to be widespread worldwide. Examples with the greatest biotic affinities to New York occurrences are suspected to span north to southern Canada, west to Minnesota, southwest to Indiana and Tennessee, southeast to Georgia, and northeast to Nova Scotia.

A marsh meadow community that occurs on mineral soil or muck soils that are permanently saturated and seasonally flooded. This marsh is better drained than a deep emergent marsh; water depths may range from 6 inches to 3.3 feet (15 cm to 1 m) during flood stages, but the water level usually drops by mid to late summer and the substrate is exposed. Shallow emergent marshes typically occur in lake basins and along streams. Deep and shallow emergent marshes often intergrade, and they may occur together in a complex mosaic in a large wetland (Edinger et al. 2002).

Shallow emergent marshes have a very diverse assemblage of herbaceous plants that include grasses, sedges, cattails, wetland ferns, and a variety of forbs. These marshes often have a number of different types of sedges, bulrushes, and rushes, but have less than 50% cover of the tussocks-forming sedges (Carex stricta, Carex aquatilis).

Known examples of this community have been found at elevations between 98 feet and 1,930 feet.

The best time to view the diversity of plants in a shallow emergent marsh is in the summer, from June to early August. 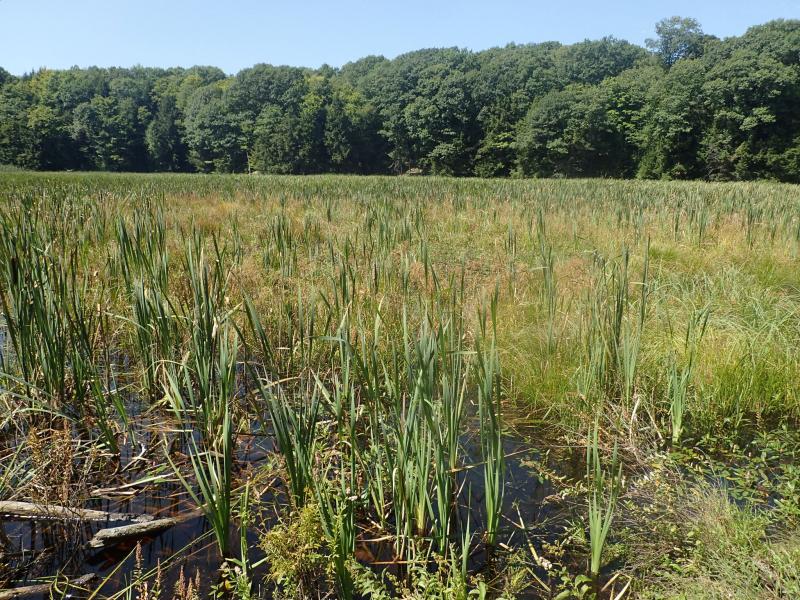 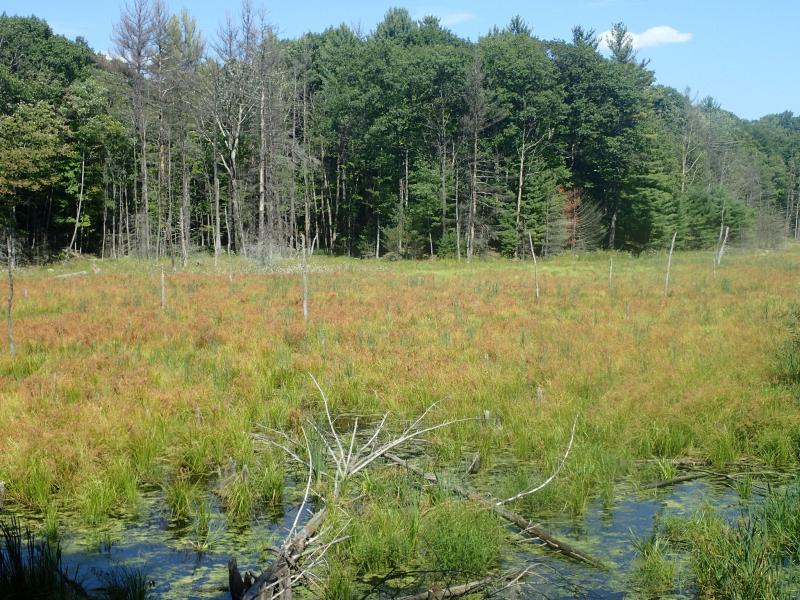 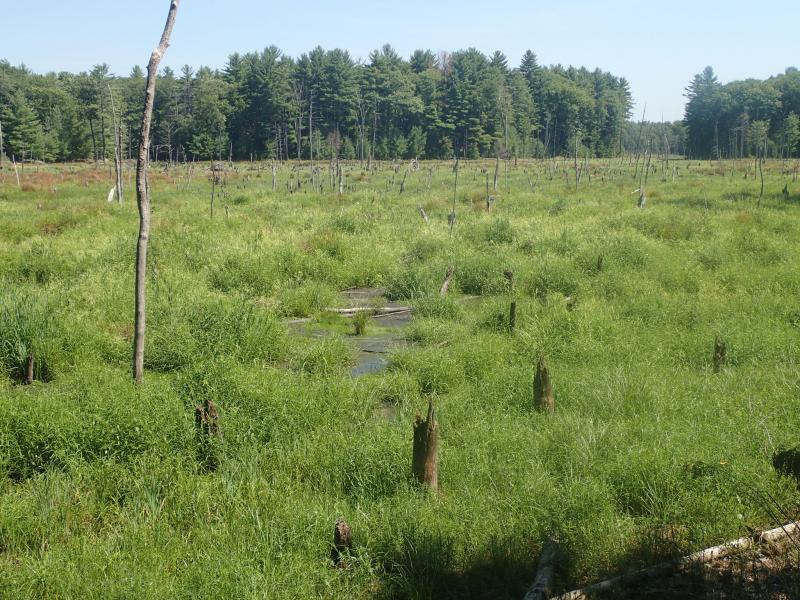 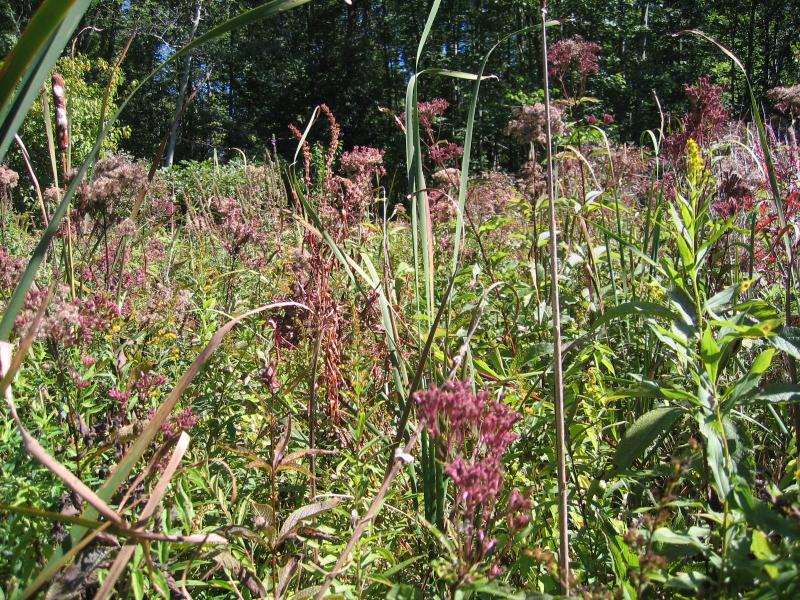 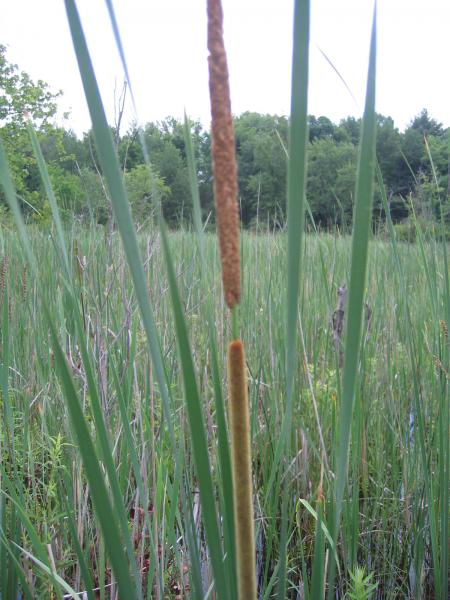 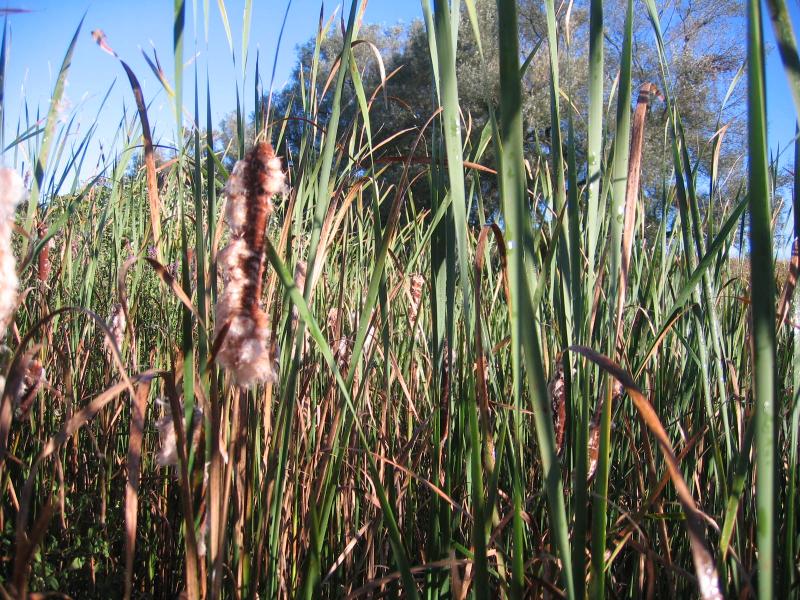 Shallow emergent marsh along the west side of Newton Ponds.
Gregory J. Edinger 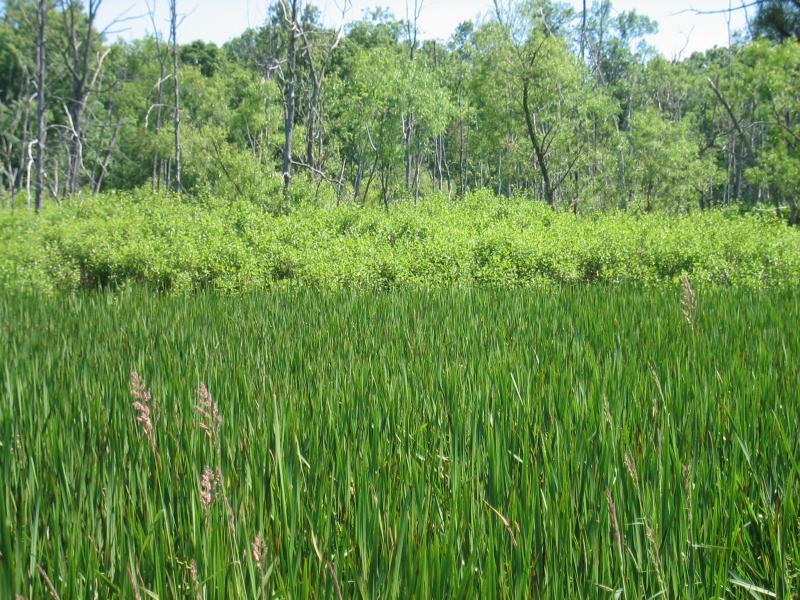 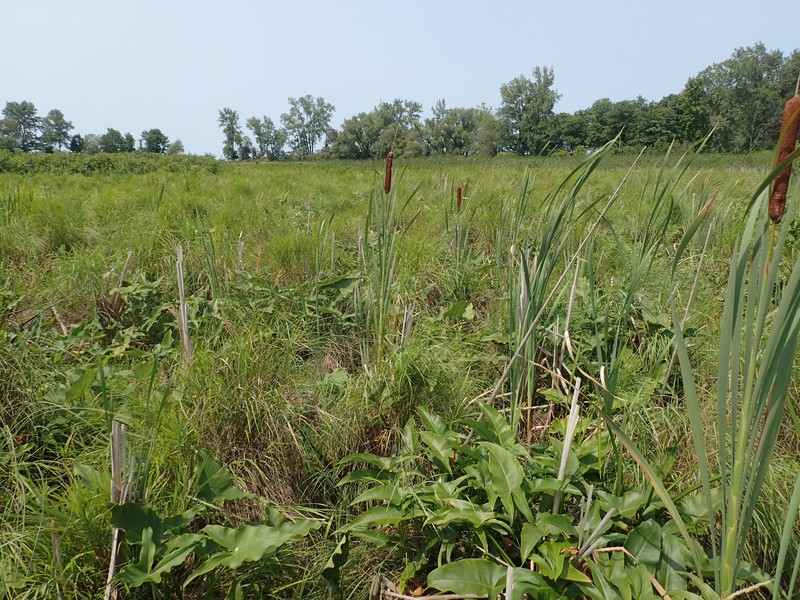 This figure helps visualize the structure and "look" or "feel" of a typical Shallow Emergent Marsh. Each bar represents the amount of "coverage" for all the species growing at that height. Because layers overlap (shrubs may grow under trees, for example), the shaded regions can add up to more than 100%.

Metzler, K.J. and A.W.H. Damman. 1985. Vegetation patterns in the Connecticut River floodplain in relation to frequency and duration of flooding. Nat. Can. 112:535-547.