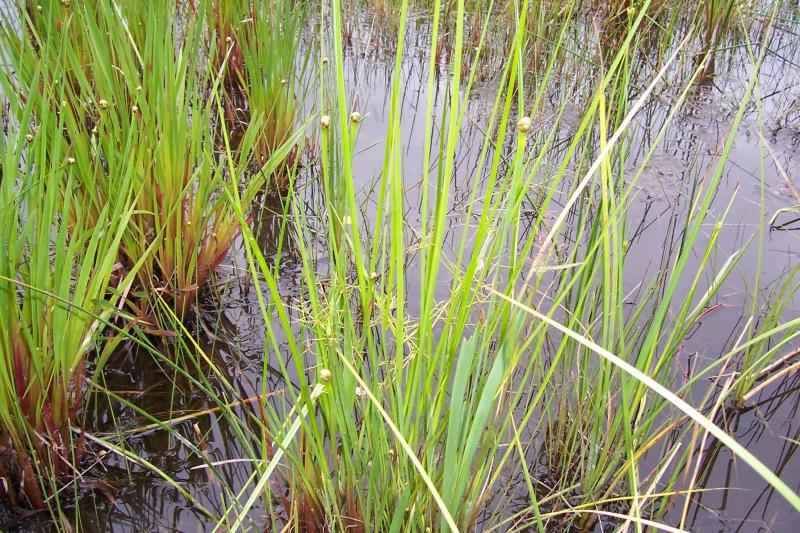 State Conservation Status Rank
S1
Critically Imperiled in New York - Especially vulnerable to disappearing from New York due to extreme rarity or other factors; typically 5 or fewer populations or locations in New York, very few individuals, very restricted range, very few remaining acres (or miles of stream), and/or very steep declines.
Global Conservation Status Rank
G4?
Apparently Secure globally (most likely) - Conservation status is uncertain, but most likely uncommon in the world but not rare; usually widespread, but may be rare in some parts of its range; possibly some cause for long-term concern due to declines or other factors. More information is needed to assign a firm conservation status.

There is little doubt about this plant's watery habitat preference with a species name like inundata.

There are three existing populations and two of them consist of more than one hydrologically connected pond. The third population is less than 100 plants. All populations are within parkland. There are five historical populations from the early and mid-1900s which have been resurveyed but no plants have been found. They are not considered extirpated because of the fluctuating nature of the populations.

Most populations have been surveyed twice, about 20 years apart, and their short-term trend appears to be stable.

Some ponds are threatened with direct disturbance by trampling and ATV use although this threat is diminished in recent years. The invasion of Phragmites is also a threat to a few populations.

The pondshores need to be protected from direct disturbance by ATVs and excessive trampling. Exotic invasive species must be prevented from colonizing the pondshores and any existing populations must be eliminated. A natural buffer of at least 200 feet should be established around the ponds to prevent excessive runoff and pollution events.

This beakrush grows on the upper exposed margin of coastal plain ponds in mucky soils. One population grows in an abandoned cranberry bog that is now a sedge meadow with about two feet of water. The plants grow in shallow mucky substrate over sand (New York Natural Heritage Program 2012). Swamps and pond margins (Gleason and Cronquist 1991). Inundated pond margins and wet peat (Fernald 1950).

This wetland sedge is only known from Suffolk County, Long Island.

This plant is most common in Florida with scattered populations west to Alabama, Mississippi, Louisiana, and East Texas. It also extends north along the coast where it is rare in every state from Georgia to Long Island and Southern New England. It is absent from Virginia.

Drowned beakrush is an erect annual or short-lived perennial marsh plant that produces long, coarse, rhizomes and grows 1-2 meters tall. The stems are triangular and the main leaves are mostly 4-7 mm wide. The terminal inflorescence is diffusely branched with brown to tan spikelets that stick out in all directions. Most of the scales of the spikelets are empty and not keeled. The spikelets can be solitary or in clusters of 2-6. The 6 bristles below the achenes are about of equal length of 8-12 mm and conspicuously longer than the achene. The achene is 3.5-4.5 mm long with a long pointed at the top from 14-19 mm long (FNA 2002).

The plants are best identified when they are in flower or mature fruit with stems and roots present.

Rhynchospora macrostachya, tall beakrush, looks very similar but its spikelets are more packed together in clusters of mostly 10-30 spikelets. The plants are also without rhizomes (FNA 2002).

The time of year you would expect to find Horned Beak Sedge fruiting in New York. 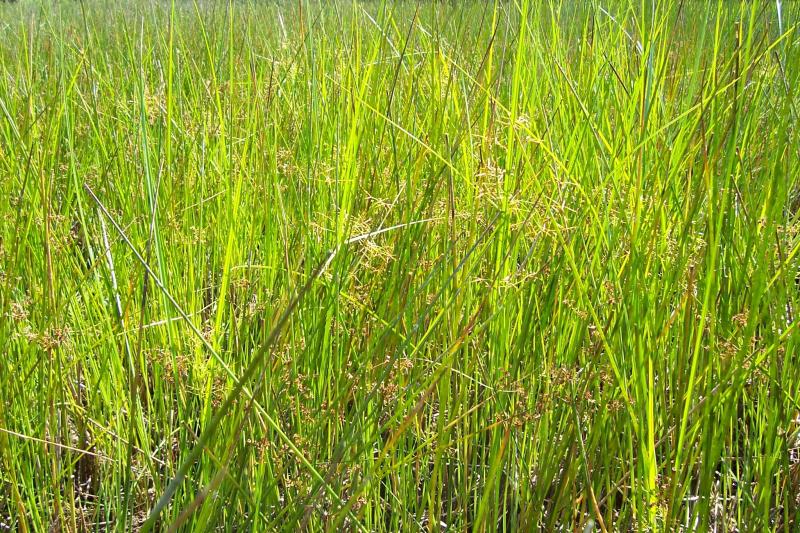 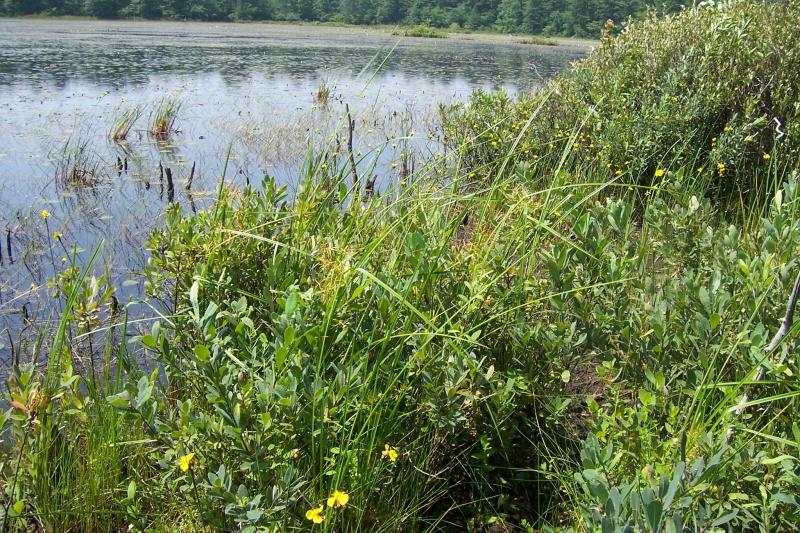 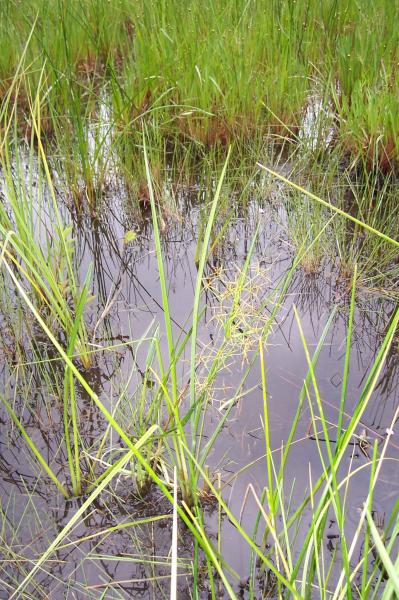