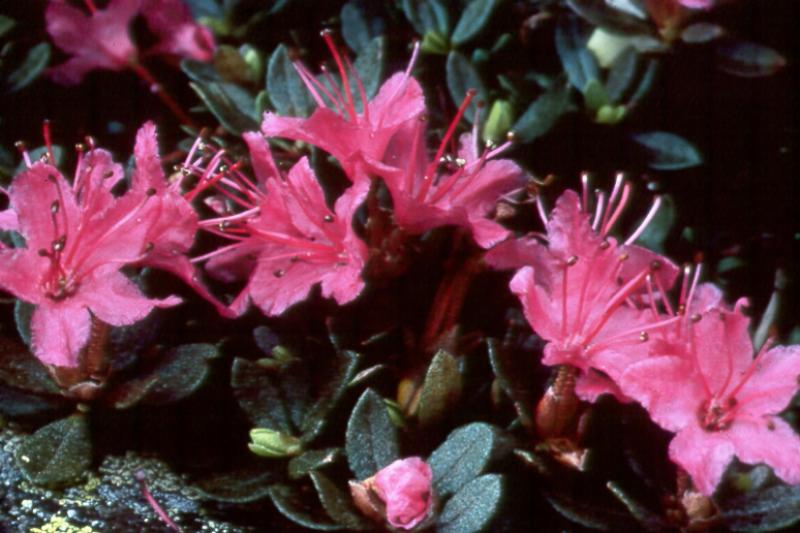 Although very rare in northern New York, this plant occurs around the world in northern arctic regions. The name Lapland refers to northern Scandinavia where the species is relatively common. It is by far the smallest species of Rhododendron in New York.

There are 8 extant populations which all occur only on the highest peaks of the Adirondacks over a very small range. At least three of the populations are very small in number and many are at least somewhat threatened by hiker trampling.

There has been some damage to at least parts of some of the populations in the recent past due to trampling by hikers. Aside from this information there are no clear data regarding short-term trends.

No populations are known to have become extinct in the last 100 or so years but more precise long-term trends are unknown.

At most sites trampling by hikers is a threat to at least parts of the populations with evidence of damage sometimes apparent. Left unchecked, global climate change is also a threat.

Continued precise monitoring of populations is needed to assess how the populations are doing in the face of hiker traffic and global climate change.

In New York, Rhododendron lapponicum grows exclusively on the highest peaks of the Adirondacks in alpine meadows. In this habitat it grows on or among granitic rocks and outcrops, sometimes mixed with dwarf heath shrublands and occasionally adjacent to krummholz (New York Natural Heritage Program 2007). Alpine barrens (Fernald 1970).

Populations In New York are restricted to the very highest summits of the high peaks in the Adirondacks. New York is at the southern edge of the species range.

Rhododendron lapponicum is circumboreal and occurs around the world in the arctic and subarctic regions of northern North America, Europe, and Asia. In North America, it also occurs further south on alpine summits and barrens south to New England and New York. It is also disjunct in central Wisconsin (Fernald 1970, Aiken et al. 2003)

Lapland Rosebay is a small densely-matted shrub that grows only 4 to 12 inches tall. The leaves are small, being only about .5 inches long. They are leathery and evergreen and clustered towards the ends of the branches. The edges are slightly turned under, and the upper surface is pitted with tiny scales and has a grooved midvein. The 5-lobed royal or deep purple flowers are up to .8 inches wide and appear quite large relative to the size of the whole plant. They occur in small clusters at the tips of the branches. Capsules are produced from the flowers and are on erect stalks (Fernald 1970, Gleason and Cronquist 1991).

This dense low shrub has scurfy or scaly twigs, leaves (especially beneath), and pedicels. The leaves are elliptic, aromatic, and alternate although they are mostly clustered towards the tips of the branches. The flowers are irregular and have five exserted stamens with glabrous filaments.

This species can be easily identified at any time of the year although flowers make identification even easier.

This species has distinct leaves and can be easily distinguished from all other plants in the alpine area even vegetatively. A few other alpine plants such as Diapensia lapponica and Loiseleuria procumbens are superficially similar. The small evergreen, aromatic, scaly, clustered leaves and woody stems distinguish Rhododendron lapponicum from these two other species as well as from other alpine plants.

The time of year you would expect to find Lapland Rosebay vegetative, flowering, and fruiting in New York. 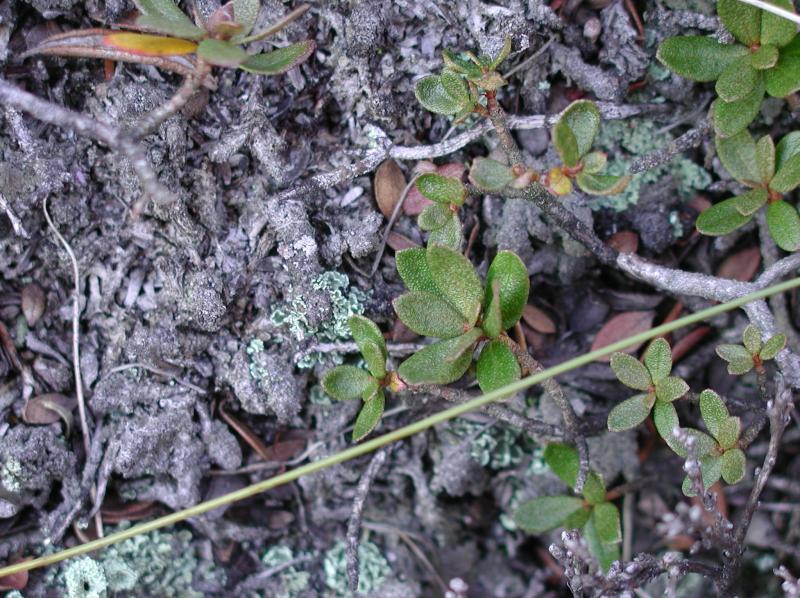 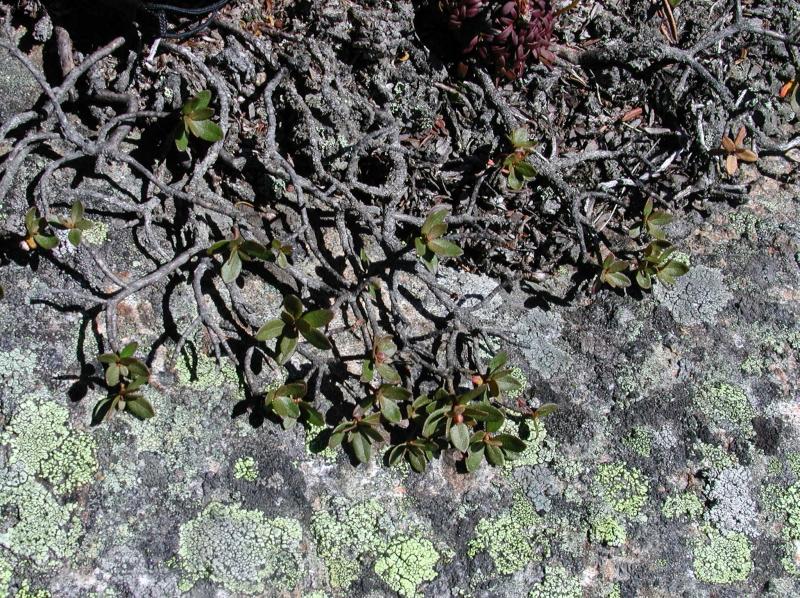