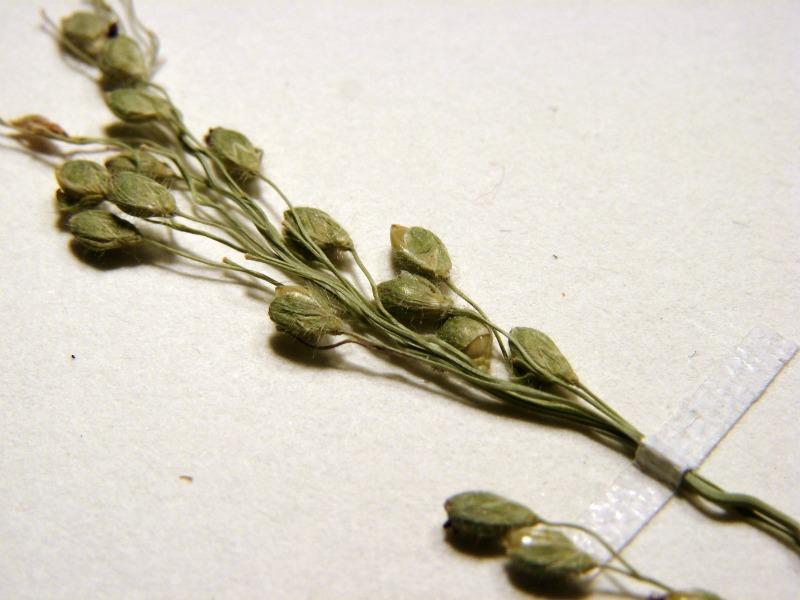 This prairie grass was first collected in New York in 1832 at the head of Seneca Lake. That was the only collection ever known from the state until 1992 when it was found in a small grassland at Oakwood Cemetery in Troy. The species is named in honor of John B. Leiberg who made many plant collections in the Midwest and Northwest for the US government and the Smithsonian in the late 1800s and early 1900s. His wife Carrie was a doctor who traveled to her patients by railway handcar (Parker 2010).

The single population seems to be stable.

The species was only ever known from one locality in the state through the last 170 years. It is not expected that many more populations will be found.

The plants are in a natural grass area of a cemetery and they are mowed periodically. Improper mowing or maintenance could threaten these plants in the future but presently the threat is low.

Continue the present mowing schedule to preserve the open grassy area where these plants grow.

Research could be done into why the plants prefer their present locality and determine if they are likely to spread or are growing in similar settings in the area.

The only extant population known in New York is in a dry opening in a woods in a cemetary. There is also a historical record from Schuyler County, at a site described only as a wet meadow (New York Natural Heritage Program 2007). Dry to wet prairies and prairie-like places (Voss 1972). Prairies, meadows and open woods (Fernald 1970). Dry prairies and open places (Gleason & Cronquist 1991).

In New York this species known only from a single collection each in Schuyler and Rennsalaer Counties.

New York is the at the eastern range of this species, which is found west through Ontario to as far as Alberta in the North, and in the upper midwestern states to as far west as Kansas in the south.

This species is a perennial grass which grows from 24 to 80 cm tall and forms large tufts. There are 3 or 4 stem leaves. The panicle is at first hidden within the the stem sheath but eventually becomes exserted, and is 6-10 cm long and half as wide. The 20-40 spikelets are 3.7-4mm long, and covered with 0.5-1+ mm long hairs.

Material with mature fruit is necessary for identification. Dicanthelium species may flower twice; identification guides and keys are typically based on the the first, early summer infloresences.

Dichanthelium xanthophysum and D. oligosanthes have spikelets that are glabrous or only minutely hairy, the hairs all well under 0.5 mm.

The time of year you would expect to find Leiberg's Rosette Grass fruiting in New York. 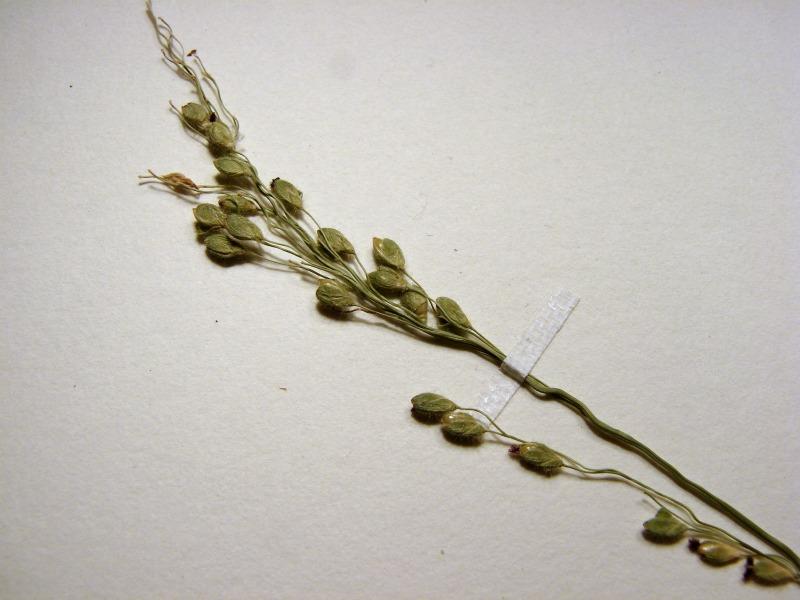 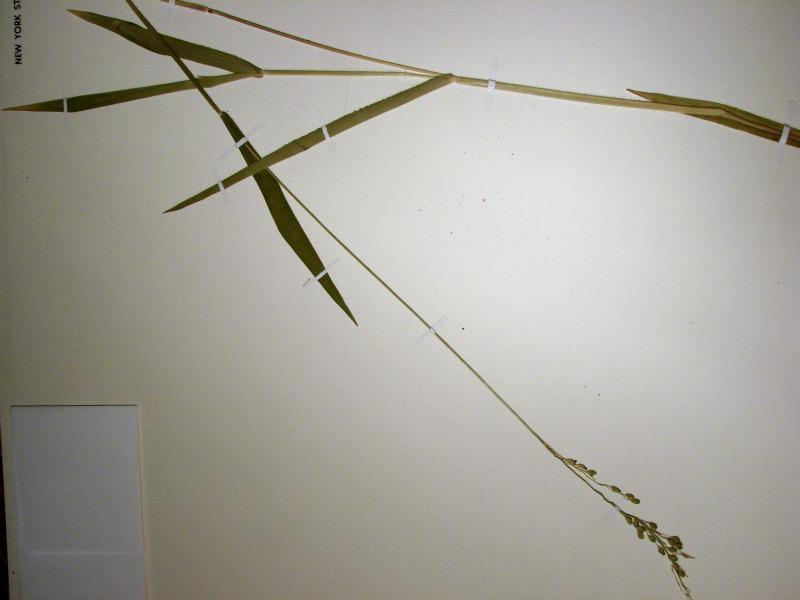