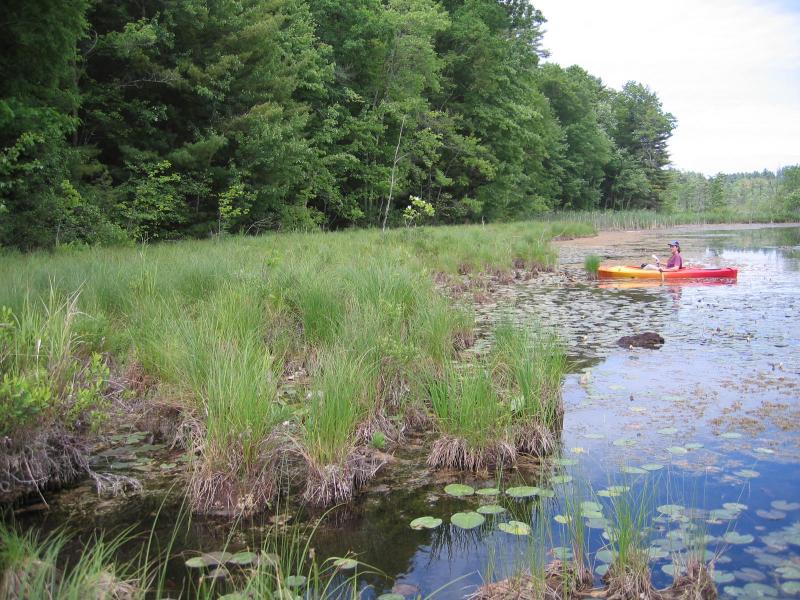 The dominant plant of sedge meadows is tussock sedge (Carex stricta). Stands of this sedge provide excellent nesting habitat for rails and snipe. They, along with other sedges, form "hummocks" in sedge meadows. Hummocks are small mounds in the meadow composed of undecayed fibrous roots and rhizomes.

There are several hundred occurrences statewide. A few documented occurrences have good viability and several are protected on public land or private conservation land. This community is sparsely scattered but widespread throughout the state. There are a few large, high quality examples. The current trend of this community is probably stable for occurences on public land and private conservation land, or declining slightly elsewhere due to moderate threats related to development pressure or alteration to the natural hydrology.

The number and acreage of sedge meadows in New York have probably remained stable in recent decades as a result of wetland protection regulations.

The number and acreage of sedge meadows in New York have probably declined substantially from historical numbers likely correlated to the alteration of natural hydrology (e.g., draining, impoundments) and agricultural activity, such as overgrazing or hay cutting.

Consider how water flows around and into this wetland. Projects that occur near this community must consider the proximity of the development to this wetland and the potential for changing how water flows, both above ground and below ground, into this wetland. Terrestrial buffers provide nesting habitat for resident salamanders, frogs, and turtles, and additional food sources for locally nesting birds, and thus should be retained. Impervious surfaces that rapidly divert water to the wetland should be avoided.

This broadly-defined community may be worldwide. Examples with the greatest biotic affinities to New York occurrences are suspected to span north to southern Canada, west to Minnesota, southwest to Indiana and Tennessee, southeast to Georgia, and northeast to Nova Scotia.

A wet meadow community that has organic soils (muck or fibrous peat) that are permanently saturated and seasonally flooded; there is usually limited peat accumulation in the substrate, but it is deep enough (usually at least 20 cm) to be treated as a peatland; otherwise it would be classified as a mineral soil wetland such as shallow emergent marsh. The peat of this community is usually fibrous, rather than sphagnous, and is usually underlain by deep muck. The dominant herbs are tussock-forming sedge species, such as tussock sedge (Carex stricta) (Edinger et al. 2002).

Known examples of this community have been found at elevations between 399 feet and 2,067 feet.

Meadowsweet and hardhack (Spiraea spp.), when present, come into full bloom during midsummer. Many of the characteristic sedges and grasses are best identified during late summer, when they flower and fruit. 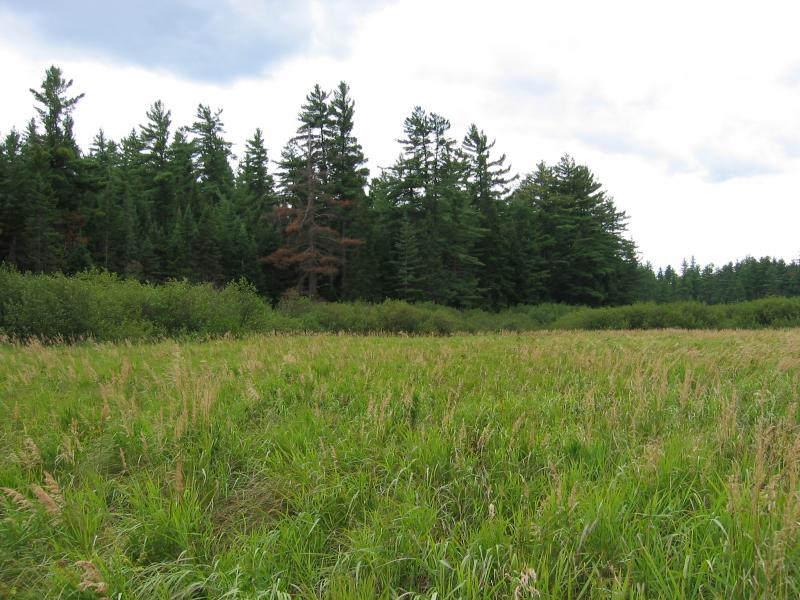 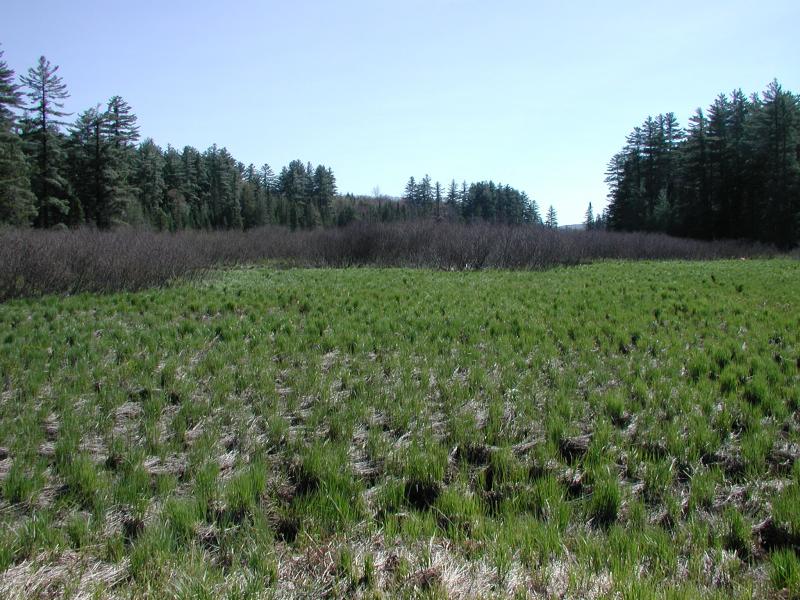 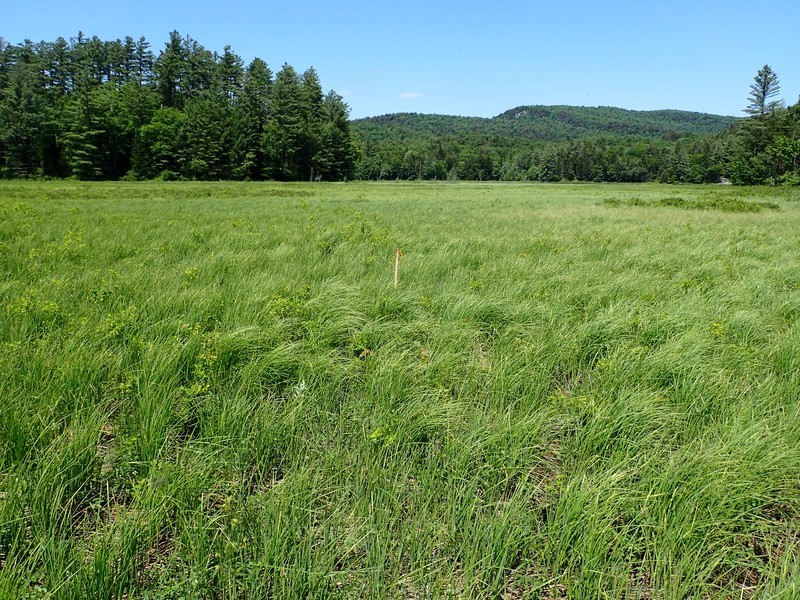 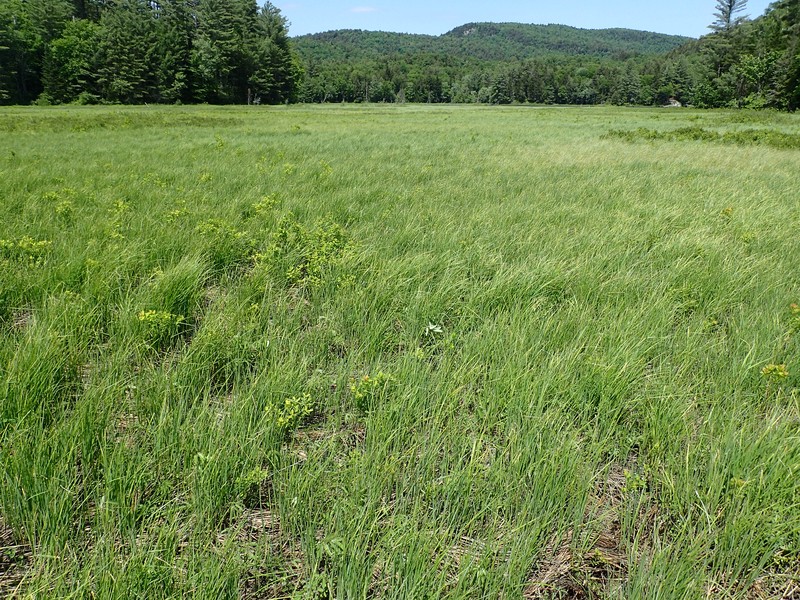 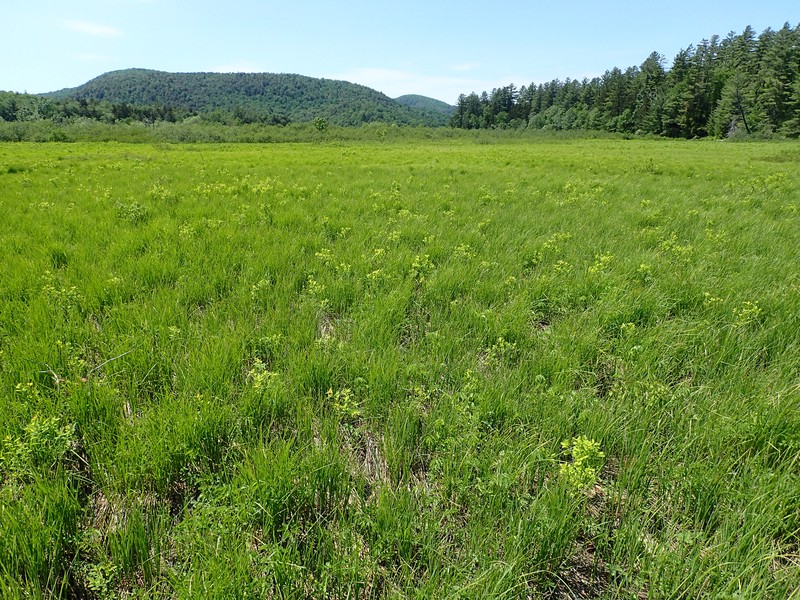 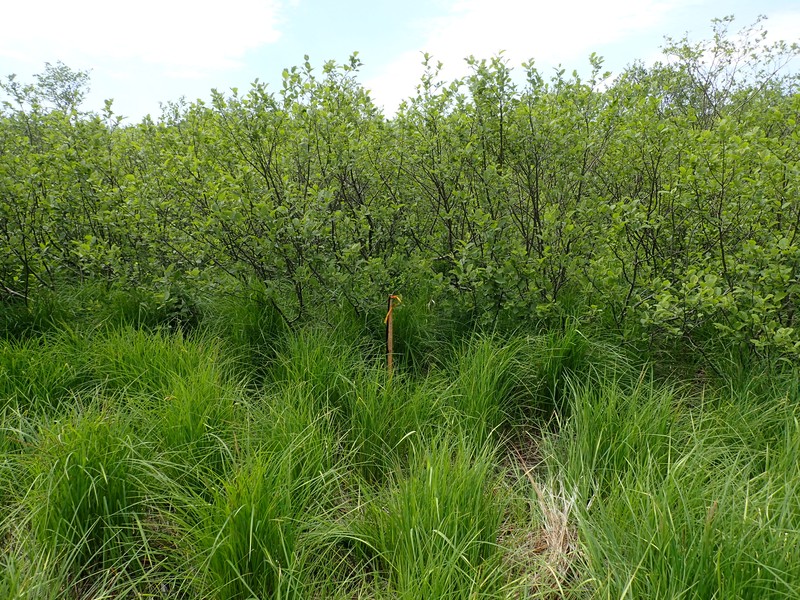 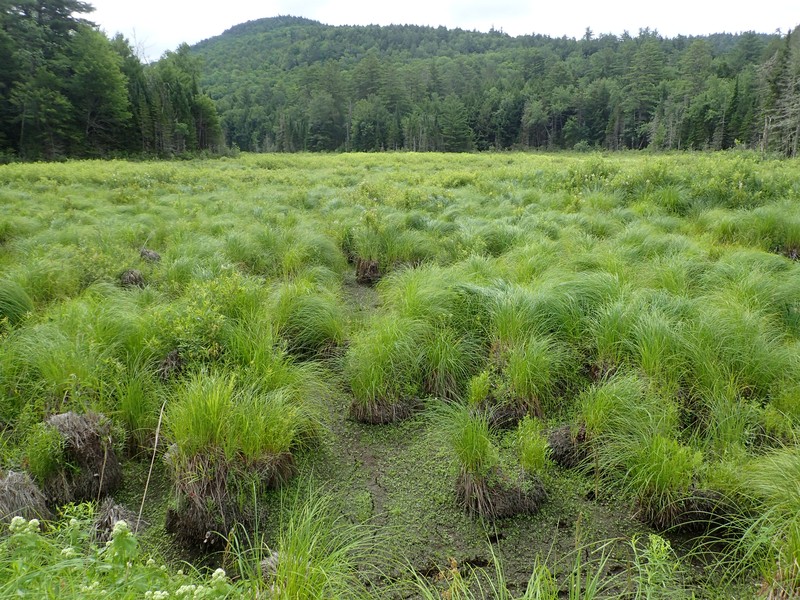 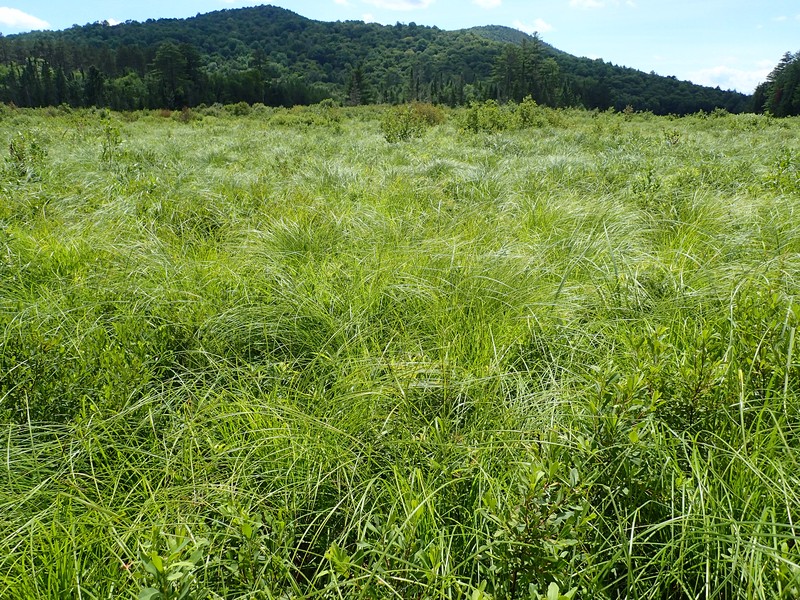 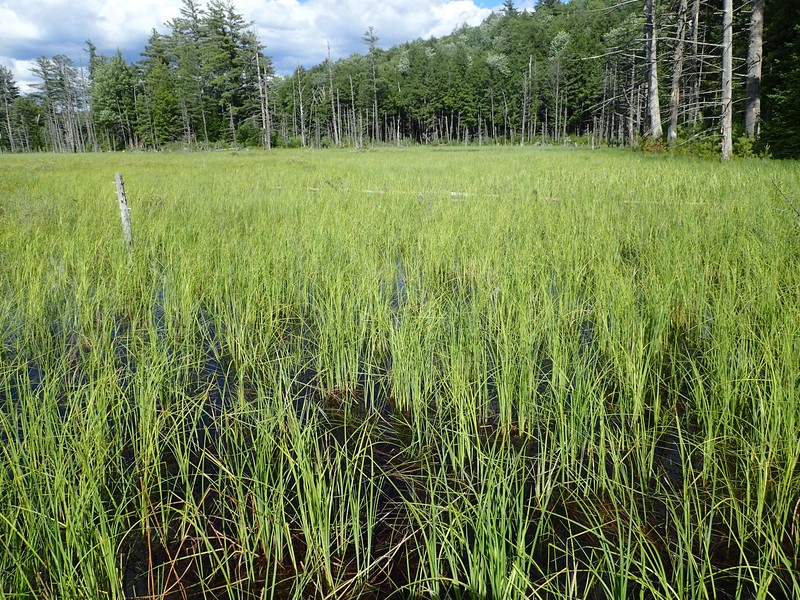 This figure helps visualize the structure and "look" or "feel" of a typical Sedge Meadow. Each bar represents the amount of "coverage" for all the species growing at that height. Because layers overlap (shrubs may grow under trees, for example), the shaded regions can add up to more than 100%.