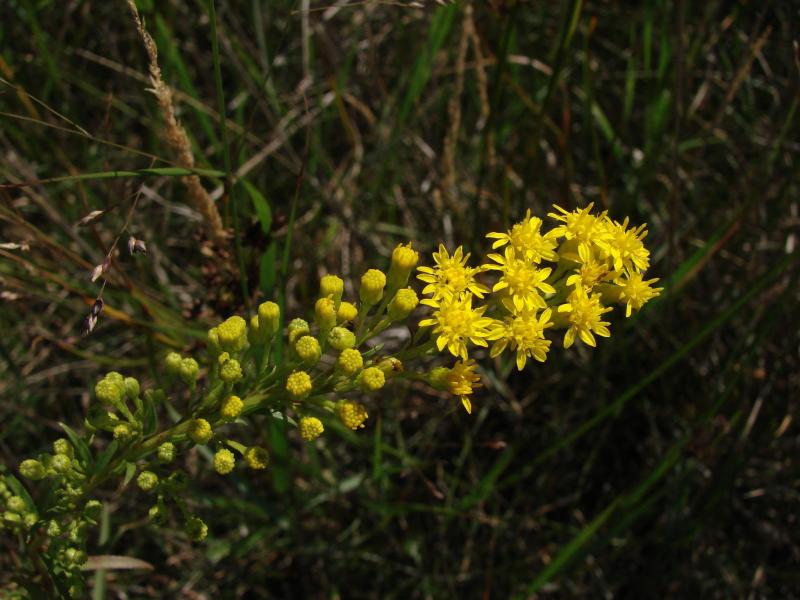 This plant may be overlooked because it is shorter and more narrow than the common variety of seaside goldenrod and may be hidden among the taller saltmarsh grasses and rushes. It was rediscovered on Long Island in 1992 after not being seen there for 70 years (Lamont 1994).

There are three existing populations, of several hundred plants each, but these are threatened by the expansion of nearby Phragmites populations. There are seven historical populations known from the late 1800s and early 1900s that have not been resurveyed and two additional populations that are considered extirpated.

The short-term trend is unknown because no follow-up surveys have been done to existing populations.

The long-term trend is negative. This plant has always been very rare in New York but populations along the Hudson River and in the New York City area have probably been lost. Phragmites invasion may threaten the future of the existing populations.

The invasion of Phragmites threatens all existing populations.

Control Phragmites invasions in the salt marshes where they occur and prevent new incursions. Natural buffers should be established around the salt marshes to decrease pollution runoff and other direct human disturbances.

In New York, the existing populations occur in high salt marsh with many other wildflowers and graminoids. There are three historical records from areas that could be brackish, saline, or freshwater habitats but the directions are not specific enough. (New York Natural Heritage Program 2012).

This saltmarsh goldenrod is currently known from Suffolk County, Long Island with historical records to the west in Nassau, Kings, Richmond, and Bronx counties. It was also known to the north in Westchester and Dutchess counties but is probably extirpated there.

This saltmarsh wildflower grows along the Atlantic and Gulf coasts from Massachusetts south to Florida, west to Louisiana and the coast of Texas.

Mexican seaside goldenrod is an erect to ascending wildflower that grows 4-20 dm tall from a short, stout base. The stems are hairless or may contain some hairs in the inflorescence. The basal and lower leaves are present at flowering time. They are 10-40 cm long, thick and fleshy, hairless, narrowly ovate to oblanceolate, and taper at the base to long winged petioles. The mid to upper leaves are sessile, thick and fleshy, without teeth and 4-6 cm long. They are reduced in size towards the top of the stem. There are 20-500 flower heads in broadly club-shaped inflorescences. The peduncles are 2-3 mm long with no or only a few hairs. The involucres is 3-4 mm long. The involucral bracts are in a 3-4 series with ciliate margins. The 7-11 yellow ray flowers are 5-6.2 mm long. There are 10-16 disk flowers (FNA 2002).

This species can only be separated from the more common seaside goldenrod when it is in flower.

Common seaside goldenrod, Solidago sempervirens var. sempervirens, is much more common and has involucres 4-7 mm long with 12-17 ray flowers and 17-22 disk flowers. It occurs in a wider variety of saline habitats. There are no other closely related goldenrods (FNA 2002).

The time of year you would expect to find Southern Seaside Goldenrod flowering and fruiting in New York. 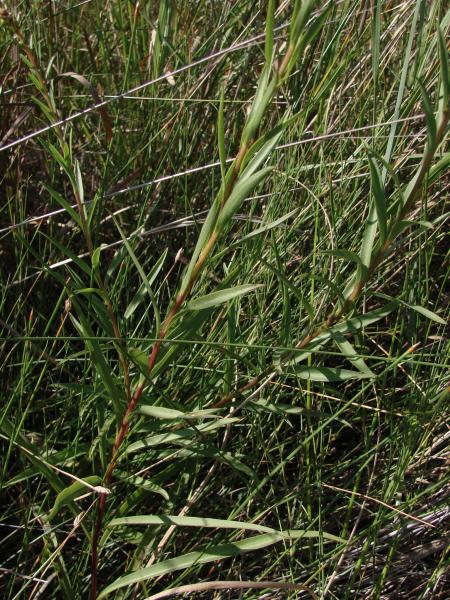 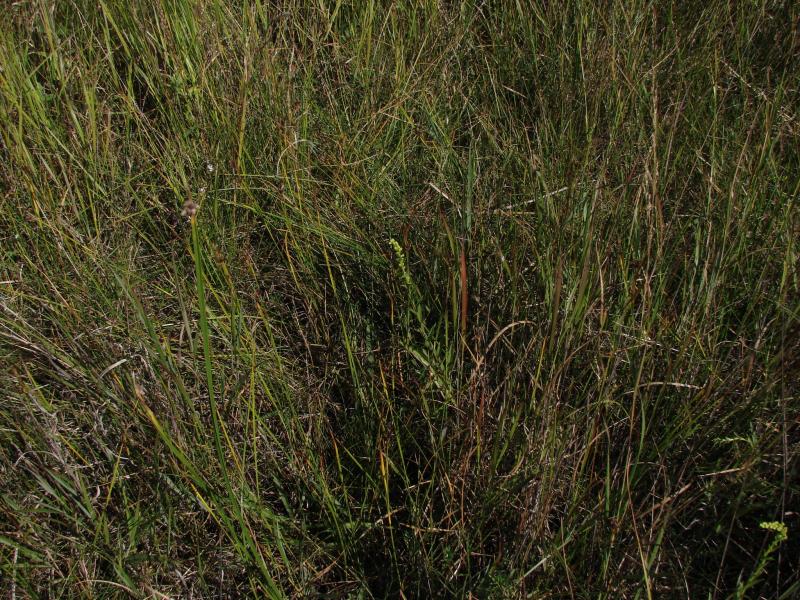