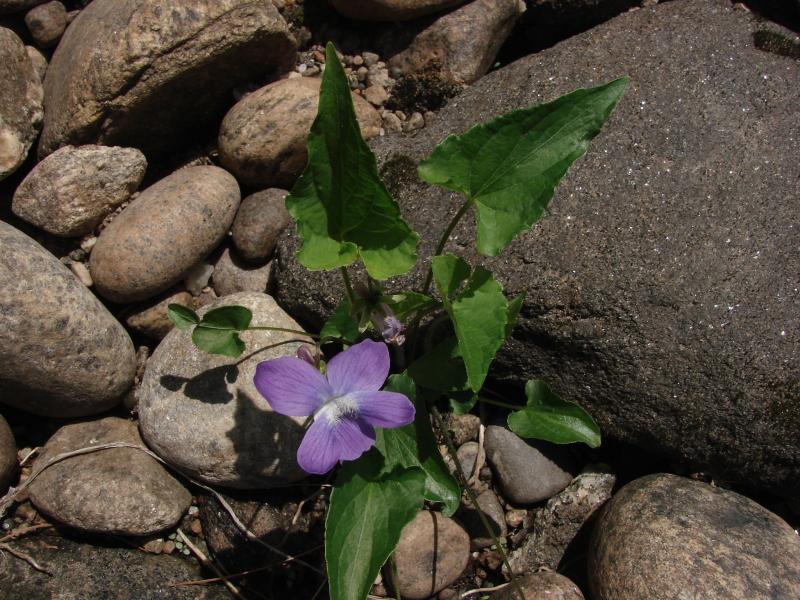 There is one verified occurrence, no other historical occurrences.

The only known site for this species in New York is a riverside ice meadow. The site recieves extreme scouring by ice and water, creating open habitat with a substrate of cobbles and marble bedrock outcrops. Considering the habitats Viola novae-angliae occupies in other states (Ballard 1988), the scouring action rather than the calcareous substrate may be the key habitat feature (New York Natural Heritage Program 2011). Moist to wet, gravel and rocks (Haines 1998). Dry to mesic-dry, circumneutral or slightly acidic substrates, being partial to very thin soil over bedrock (Ballard 1988). Gravel, wet rocks, shores and meadows (Fernald 1970). Rock crevices along Great Lakes or beside cold, rapidly flowing streams (Russell 1965).

Distinguishing characteristics: leaves mostly narrowly cordate-ovate, triangular or ovate-oblong with only minute pubescence varying to complete glabrous; larger mature blades mostly 3.5-7 cm long and 2-5 cm broad, with only 6-12 teeth on each half; petioles villous only at the base, sepals and auricles with cilia; seeds plump, 1-1.6 mm thick. Best life stage for ID: with flowers and capsules. Characteristics needed to ID: entire plant with roots, leaves and flowers/fruits.

Russell (1965) states that it is difficult to separate Viola novae-angliae from V. sagittata. The leaf blades of V. novae-angliae are reportedly not toothed but small and somewhat triangular. Similar to other taxa within the V. sororia and V. sagittata complex.

Surveys for Viola novae-angliae should be conducted when it is in flower, typically from late May through June.

The time of year you would expect to find New England Violet vegetative, flowering, and fruiting in New York. 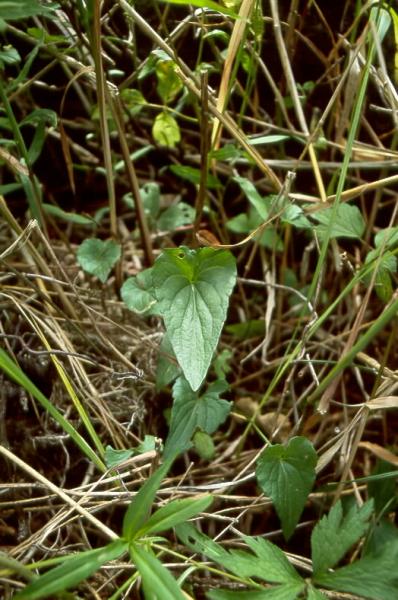 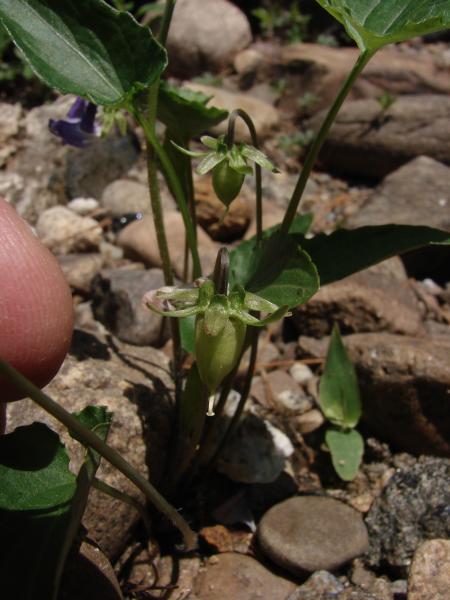 Information for this guide was last updated on: August 9, 2011