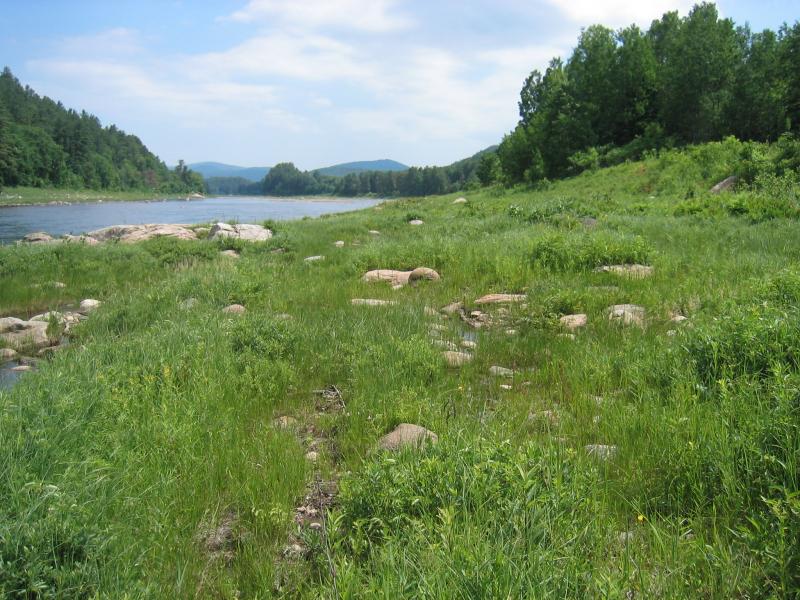 Riverside ice meadows occur along rivers where floating pieces of ice are pushed up into the shore during the winter, forming an ice pack that remains into spring. The ice scours the meadow and often removes woody species. This natural disturbance keeps woody species from taking over the area and promotes the growth of herbaceous plants. In spring the ice melts and creates a cool microclimate, shortening the growing season. The ice pack also deposits organic matter that has accumulated in the ice during the winter.

There are an estimated 10 to 20 occurrences statewide. Few documented occurrences have good viability and few are protected on public land or private conservation land. This community is limited to the upper reaches of large rivers in the mountainous areas of upstate New York, and there are only a few high quality examples. The current trend of this community is probably stable for occurrences on public land or private conservation land, or declining slightly elsewhere due to moderate threats that include shoreline development (especially roads and bridges), trampling by visitors, and invasive species.

The number and acreage of riverside ice meadows in New York have probably declined slightly in recent decades as a result of shoreline development, trampling by visitors, and invasive species.

The number and acreage of riverside ice meadows in New York have probably declined moderately from historical numbers likely correlated with past shoreline development, trampling by visitors, and invasive species.

Where practical, establish and maintain a natural forested buffer to reduce storm-water, pollution, and nutrient run-off, while simultaneously capturing sediments before they reach the ice meadow. Avoid habitat alteration along the shoreline and surrounding landscape. Restore riverside ice meadows that have been unnaturally disturbed (e.g., remove obsolete impoundments in order to restore the natural hydrology). Prevent the spread of invasive exotic species into the riverside ice meadow through appropriate direct management, and by minimizing potential dispersal corridors, such as roads and bridges.

Where practical, establish and maintain a natural riparian buffer to filter storm-water, pollution, and nutrient run-off from surrounding uplands and to capture sediments before they reach the riverside ice meadow. Avoid habitat alteration along the shoreline and in surrounding landscape. Minimize potential dispersal corridors for exotic species, such as roads and bridges. Maintain or restore the natural flood and ice scour regime.

Survey for occurrences statewide to advance documentation and classification of riverside ice meadows. Continue searching for large sites in good condition (A- to AB-ranked).

This community is possibly limited to the northeastern U.S., the northern fringe of the High Allegheny Plateau, and possibly portions of southern Canada. This range is estimated to span north to southern Canada, west to the Adirondack Mountains of New York, and east to Maine.

A meadow community that occurs along the margins of large rivers, and that has a vegetation composition and structure that is shaped by an extensive ice pack, which builds up during winter as ice floes are pushed ashore. Riveside ice meadows occur on cobble shores or outcrops, and often have two or three distinct vegetation zones. A seepy zone along the river shore may have wetland species such sweet-gale (Myrica gale), large cranberry (Vaccinium macrocarpon), twig-rush (Cladium mariscoides), and beakrush (Rhyncospora capitellata). Riverside ice meadows with broad cobble shores often have a dry patchy grassland, with little bluestem (Schizachyrium scoparium), big bluestem (Andropogon gerardii), and Indian grass (Sorghastrum nutans) as dominant species. Farthest inland, a shrubby zone may have species such as hazelnut (Corylus americana), bush honeysuckle (Diervilla lonicera), interupted fern (Osmunda claytoniana), and red raspberry (Rubus idaeus).

Riverside ice meadows are open herbaceous- and shrub-dominated communities that occur adjacent to large rivers on cobble shores or rocky outcrops. A significant ice pack, which can be as deep as 8 feet (2.4 m), shapes this community and is often present into late April. The vegetation may occur in zones, with a wet meadow along the shore, a dry patchy grassland just upland from the river, and a shrubby zone farthest from river.

Known examples of this community have been found at elevations between 785 feet and 2,756 feet.

The characteristic ice pack associated with this community can be observed during late winter and into spring. The vegetation of this community peaks in mid to late summer, with showy wildlflowers such as woodland sunflower (Helianthus divaricata), meadow-sweet (Spiraea alba), and butterfly-weed (Asclepias tuberosa), and with characteristic grasses such as little bluestem, Indian grass, and big bluestem. 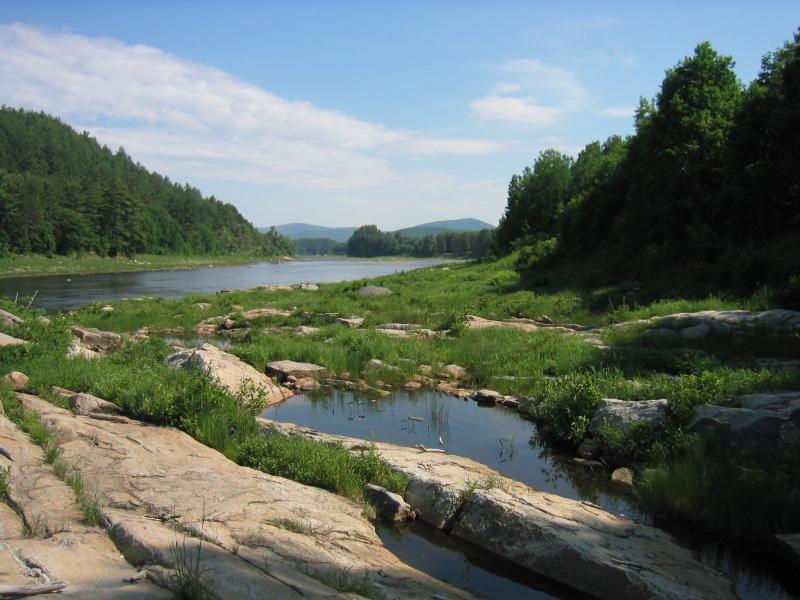 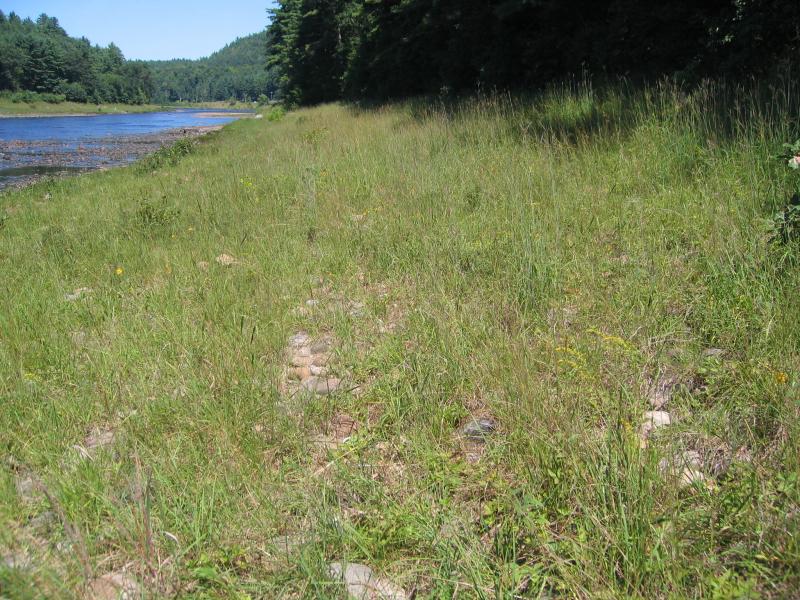 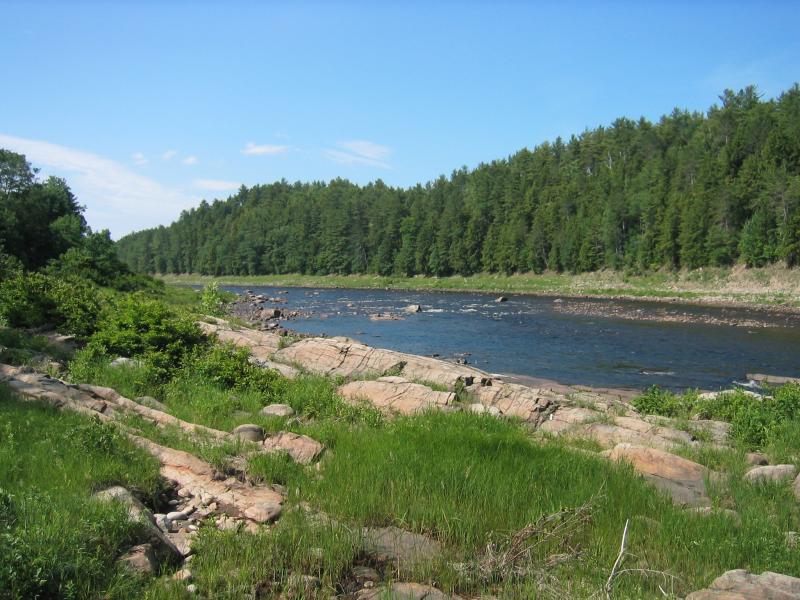 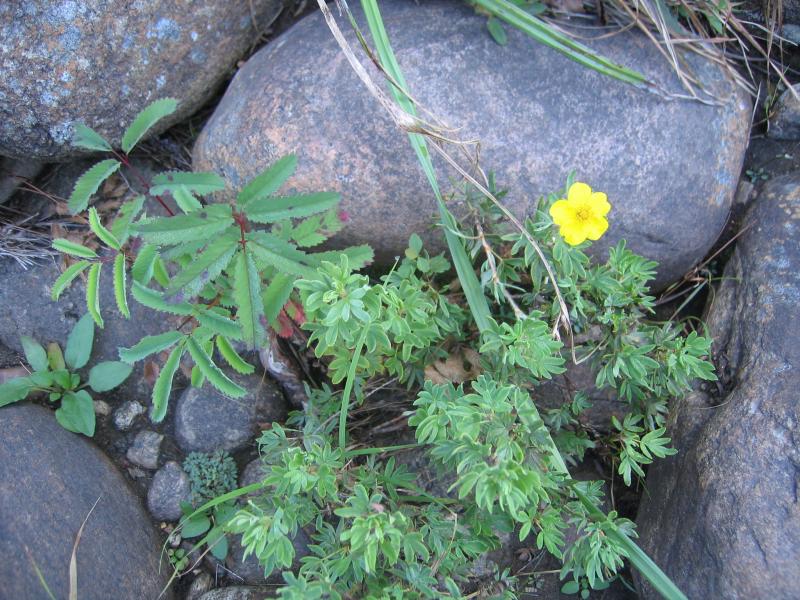 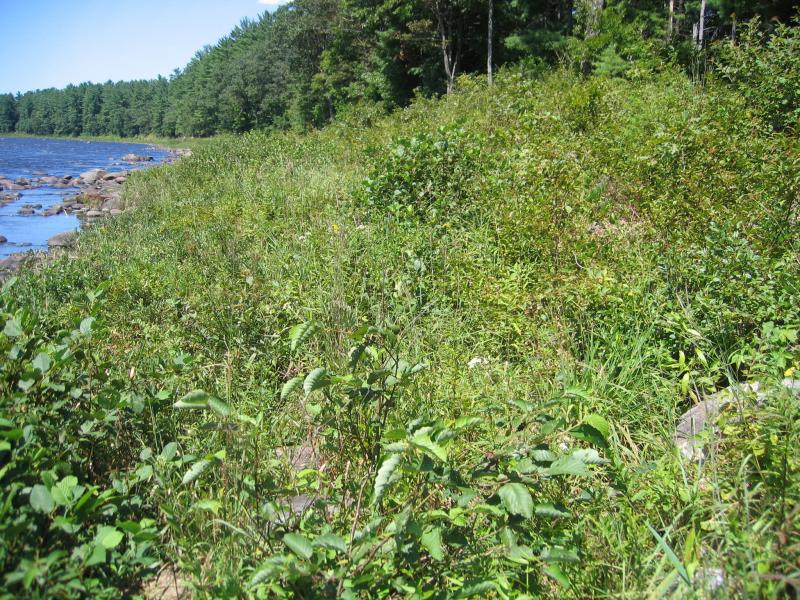 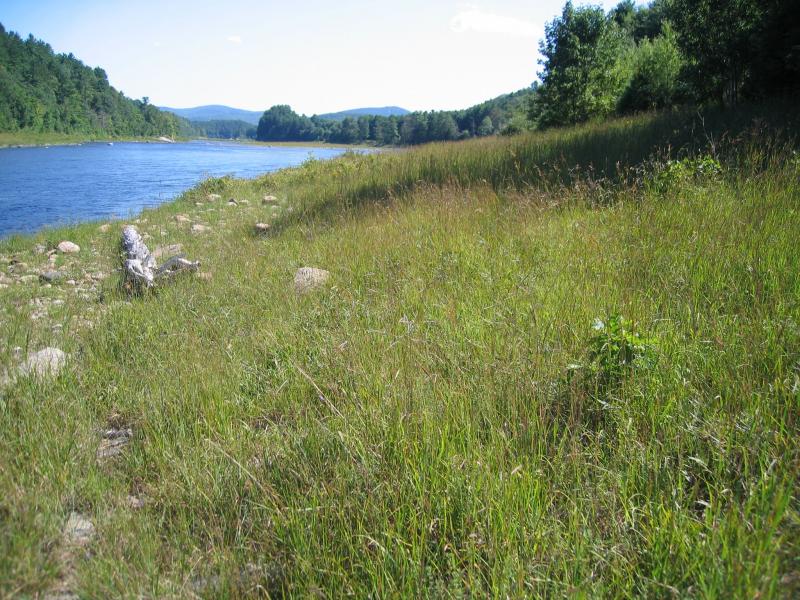 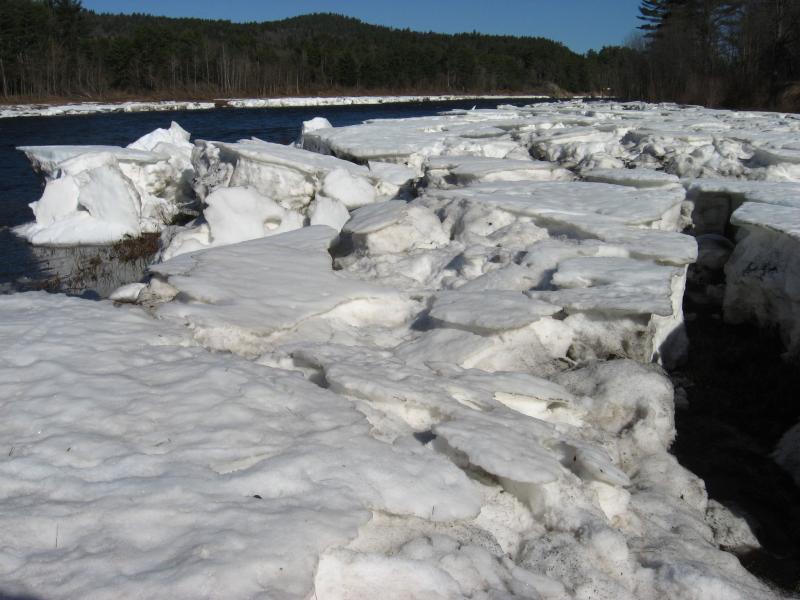 Ice pack on riverside ice meadows in April 2015 along the Hudson River South of The Glen.
Gregory J. Edinger 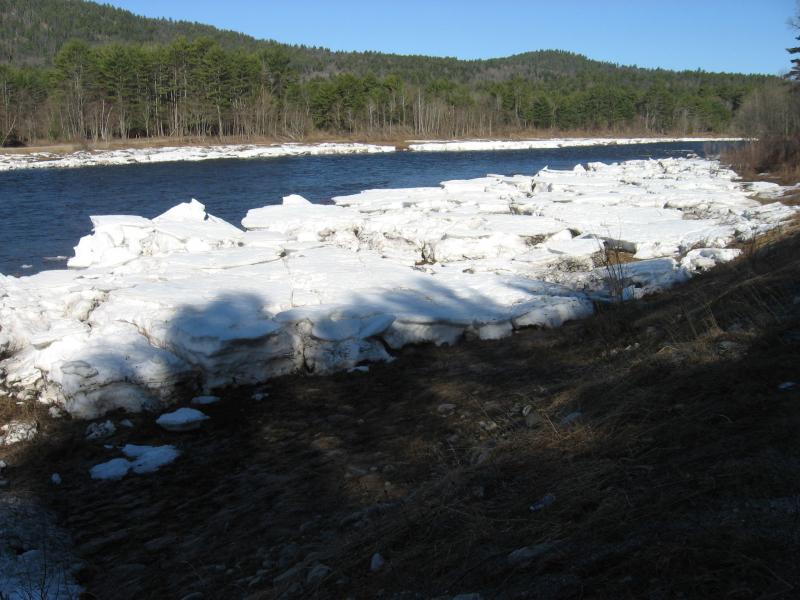 Ice pack on riverside ice meadows in April 2015 along the Hudson River South of The Glen.
Gregory J. Edinger

This figure helps visualize the structure and "look" or "feel" of a typical Riverside Ice Meadow. Each bar represents the amount of "coverage" for all the species growing at that height. Because layers overlap (shrubs may grow under trees, for example), the shaded regions can add up to more than 100%.

Thompson, E.H. and E.R. Sorenson. 2000. Wetland, Woodland, Wildland: A Guide to the Natural Communities of Vermont. Published by Vermont Department of Fish and Wildlife and The Nature Conservancy. University Press of New England, Hanover, New Hampshire.

This guide was authored by: Jenifer Garret