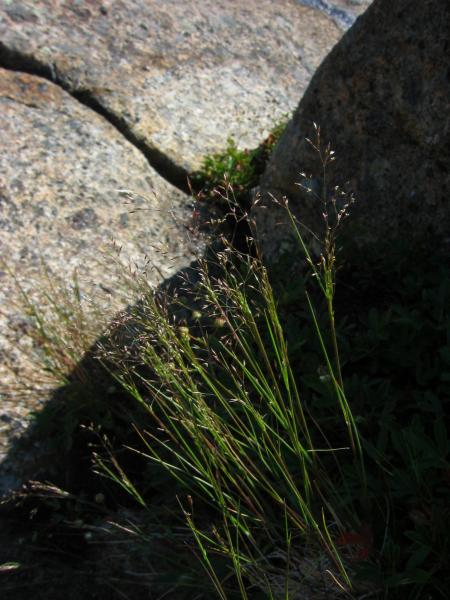 The specific name mertensii was given to this species in honor of the botanist Franz Carl Mertens (1764-1831), five years after his death.

Four of the ten known extant populations were first seen in the last 20 years. It is likely these populations were overlooked and do not represent new populations. Trampling, which threatens many of the populations, may have led to at least a small decline in some populations' sizes but clear data are not available. Overall, short-term trends are unclear.

Three populations have not been seen since at least 1961. One of these populations was searched for without success but further survey work is needed to determine if this and the other two historical populations have become extirpated. At least five populations are quite large, with thousands of individuals. Long-term trends are unclear.

In New York, this species is restricted to the alpine areas of some of the highest mountains in the Adirondacks. In this area it occurs predominately in open often rocky alpine meadows as well as in openings in krummholz. Sometimes it occurs on rock ledges (New York Natural Heritage Program 2007). Banks and gravel bars in river and lake valleys, and on open grasslands and rocky slopes of mountains and cliffs (Harvey 2007). Rocky soil, moist, peaty areas (Haines and Vining 1998). Peaty or rocky soil (Gleason and Cronquist 1991). Gravelly or rocky open soil (Fernald 1970).

In New York, this species is restricted to some of the higher mountains in the high peaks region of the Adirondacks.

This species is circumboreal, occurring in Europe, Asia, and North America, including mountainous regions in Mexico. It is also apparently known from northwest South America. In North America, it occurs from Alaska east to Greenland, south in the western mountains to Wyoming and Colorado, and in the eastern mountains to northern New England and New York, West Virginia, Tenessee, and North Carolina (Weakley 2006, Harvey 2007).

Northern bentgrass is a tufted perennial grass which growsfrom 10 to 50 cm tall. The leaves are 1 to 3 mm wide and usually rolled inward at the edges, and mostly crowded together at the base of the plants and along the stems. The stems are topped by an open, branching, array of small flowers (inflorescence). These inflorescences are 5 to 15 cm long, and nearly as wide at the base when fully open. As with all grasses, the small, inconspicuous flowers occur in scaley structures called spikelets. In this species the spikelets are purplish and 2-4mm long. One of the scales (the lemma) has a slender tip (an awn) which is bent at the base and about 3mm long (Harvey 2007, Gleason and Cronquist 1991).

Agrostis mertensii is cespitose. The culms have 2-4 nodes below the inflorescenes. The leaves have smooth or scabrous sheaths, ligules 0.7-3.3 mm long, and the 0.5-3 mm wide blades are flat or occasionally involute or folded. The panicle is ovate to lanceolate, usually open, longer than wide, and (2-)3-10 cm long. The branches of the panicles are smooth to sparsely scabridulous and bear spikelets in the distal half. The one flowered spikelets are up to 4 mm long and are on pedicles 0.4-6.4 mm long. The glumes are longer than the lemmas and the lemmas bear geniculate, persistent awns (2-)3-4.4 mm long from just below the middle. The anthers are 0.5-0.8 mm long (Harvey 2007).

The best time to identify this species is when it is flowering or fruiting but the lemmas have not started to disarticulate.

Agrostis mertensii is superficially similar to a few other Agrostis species but its awned lemmas help to distinguish it from most of these.

Agrostis scabra sometimes has awned lemmas. These awned forms can be distinguished from A. mertensii by the panicle being quite wide (often nearly as wide as long) and long [(4-)8-25(-50) cm long], awns shorter (0.2-3 mm long), shorter spikelets (to 3.4 mm long), only 1-3 culm nodes, leaves narrower (1-2 mm wide), and panicle branches scabrous.

Agrostis canina occurs primarily at lower elevations where A. mertensii does not occur, but it also has awned lemmas. It can be distinguished by its shorter spikelets (to 3.0 mm long), scabrous panicle branches, and larger anthers (1.0-1.5 mm long).

This species starts to flower in late June and the fruits persist into September, but toward the end of this season they are starting to disarticulate. Therefore, the best time to survey for this species is in July or August.

The time of year you would expect to find Northern Bent flowering and fruiting in New York. 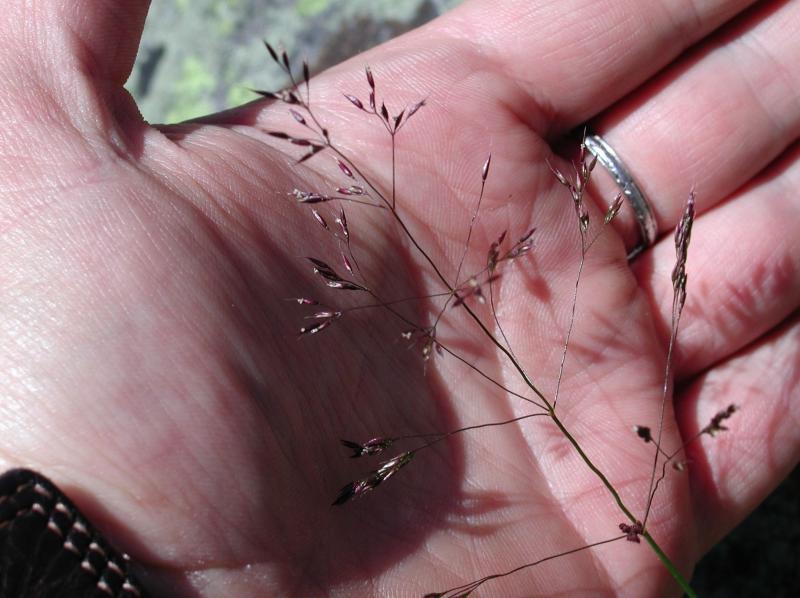 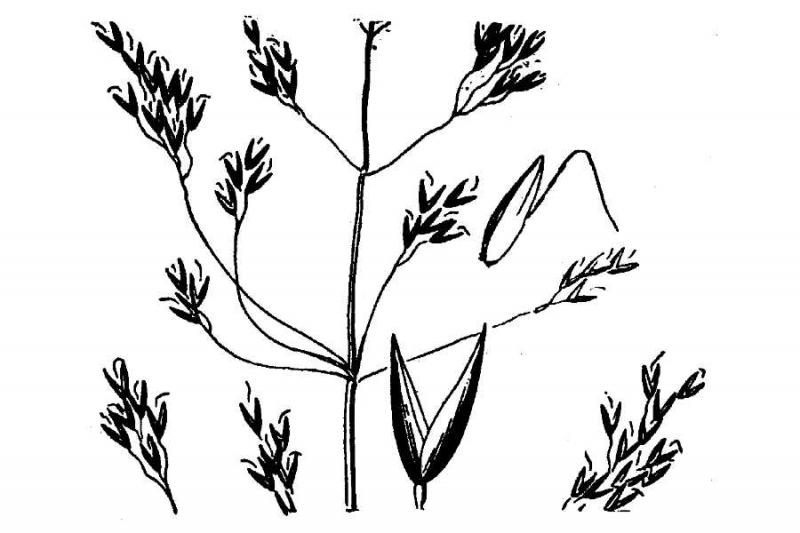 Agrostis mertensii Trin. was long known as A. borealis Hartm. (Hitchcock and Chase 1950, Gleason and Cronquist 1963, Fernald 1970) but Trinius's name predates Hartman's by two years. Fernald (1933) recognized three varieties in A. borealis (var. borealis, var. americana, and var. paludosa). Only var. borealis was considered to be in New York. In his discussion on these varieties he mentions that "their characters are intergradient and that they have no fundamental morphological distinctions." Recent authors (Gleason and Cronquist 1991, Haines and Vining 1998, Weakley 2006, Harvey 2007) have placed these varieties in synonymy.