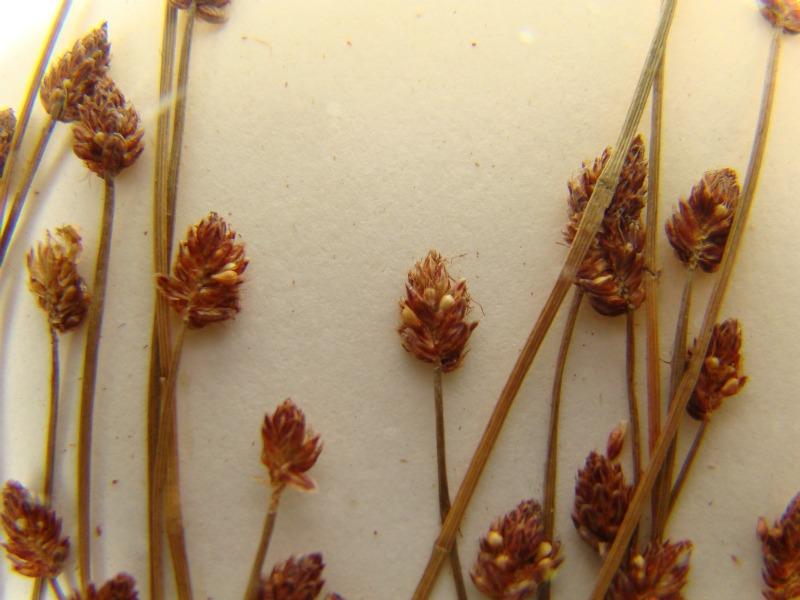 The genus name to Eleocharis comes from the Greek "elos" for marsh and "charis" for grace. With more herbarium work and field study we might find that this little Eleocharis graces many more of the marshes in our state. This and many other Eleocharis species are important wildlife food for wetland birds and other animals. You can often see damselflies and dragonflies perching on the tops of the stems.

There are 11 existing populations but two them contain over 100 plants. There are about 10 historical records from upstate New York and the Adirondacks which have not been checked.

The short-term trend may be declining as most existing populations were small and in dynamic habitats. Two of largest populations have not been relocated recently. Current survey work is needed to see if this species still exists in New York.

It is unclear if the long-term trend is declining because many historical sites in upstate New York have not been resurveyed specifically for this species.

Specific threats to all of these populations have not been determined but one population was found to be chewed by ducks and others could be threatened by shoreline succession or erosion.

Existing habitat needs to be protected from succession or direct human destruction. Shorelines should be allowed to remain dynamic and open.

Studies are needed to determine habitat preference and how populations respond to the dynamic habitat where they grow. Population augmentation studies could be done to see if existing populations can be enlarged.

Most Eleocharis ovata collections in New York have been from Suffolk County on Long Island, though there have been widely scattered collections from across the state.

Eleocharis ovata is found in most of the midwestern and northeastern US states, in eastern Canada from Newfoundland to Ontario, and is disjunct to Western Canada, Washington, Oregon, and Arizona. It also occurs in Eurasia.

Spikerushes consist of a simple stem (the leaves bladeless and inconspicuous), with the infloresence consisting of a solitary, many-scaled spikelet at the top of the stem. The perianth (sepals and petals), if present, is reduced to (usually 3 or 6) bristles. The base of the style is expanded into a tubercle, and is usually persistent on the fruit (achenes). Eleocharis ovata is an annual species, from 2 to 35 cm high, with ovoid spikelets 2-8 mm high by 2-4 mm wide. The achenes are lenticular, light to dark brown, shining, and 1 mm long. The tubercles are short, higher than wide, flattened, broad-based, and about half as broad as the achenes. The bristles clearly overtop the achenes.

E. engelmannii has tubercles as broad as the achenes. E. obtusa has mostly 3-parted styles and 3 stamens, and wider (.5 to .8 mm) tubercles.

The time of year you would expect to find Ovate Spike Rush fruiting in New York. 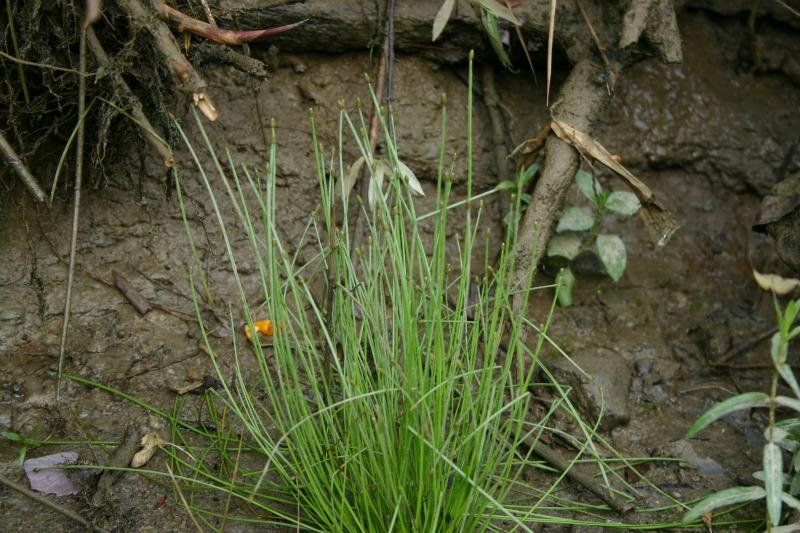 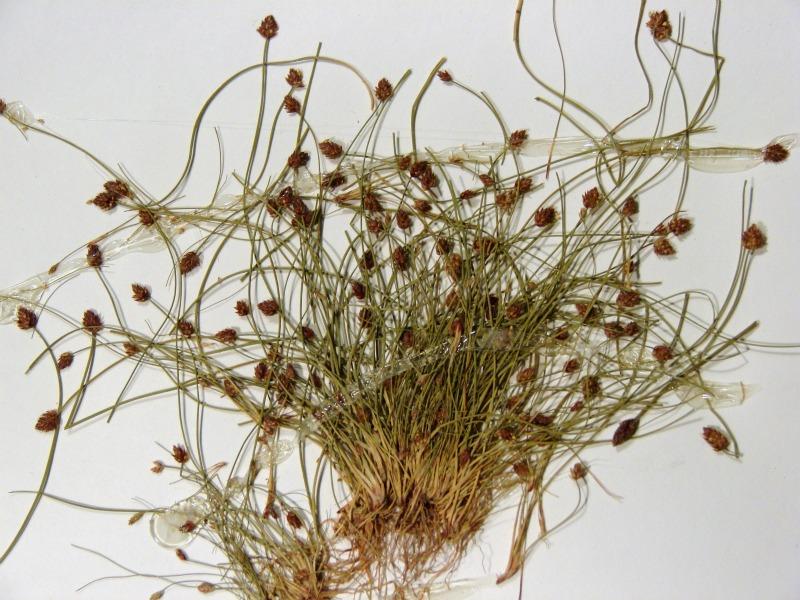 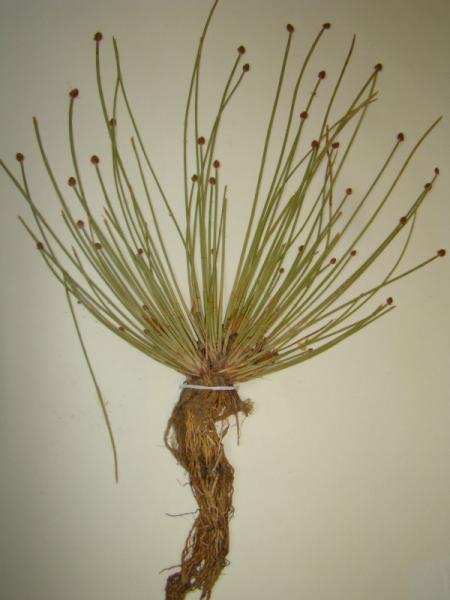 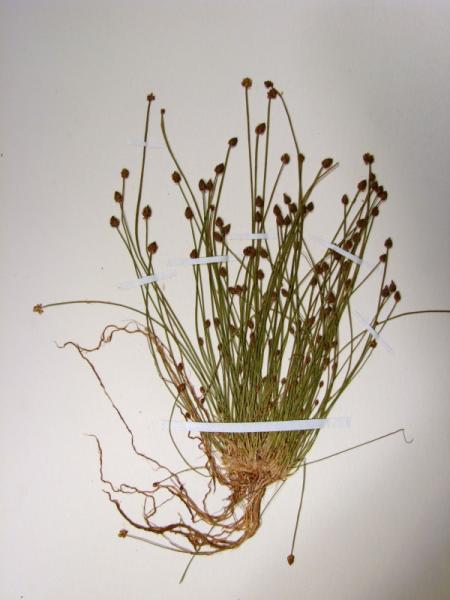 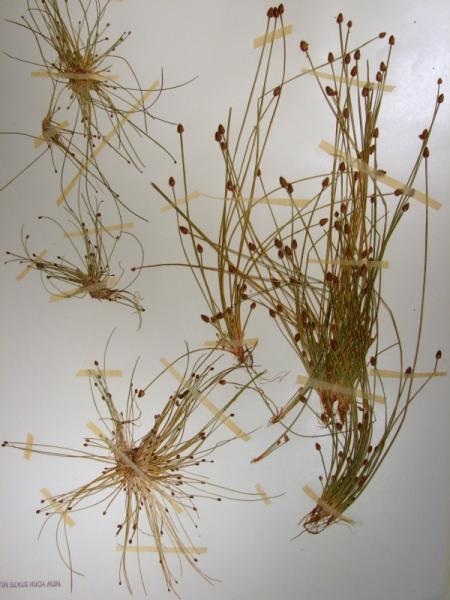 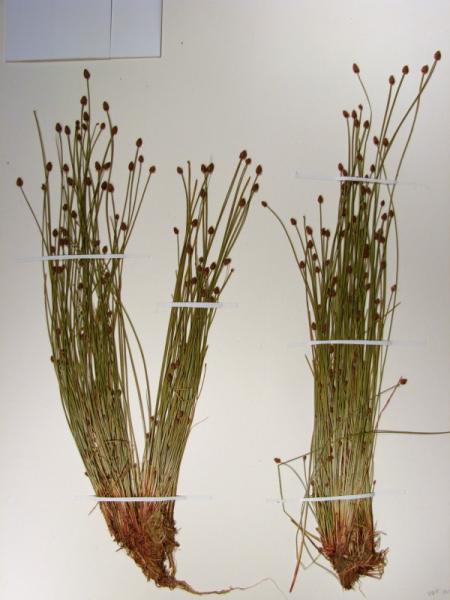 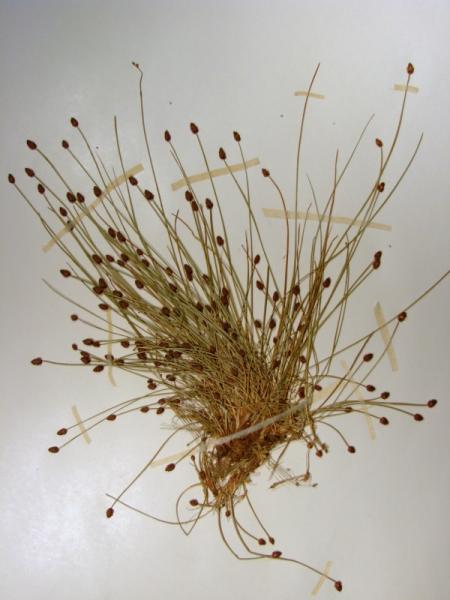 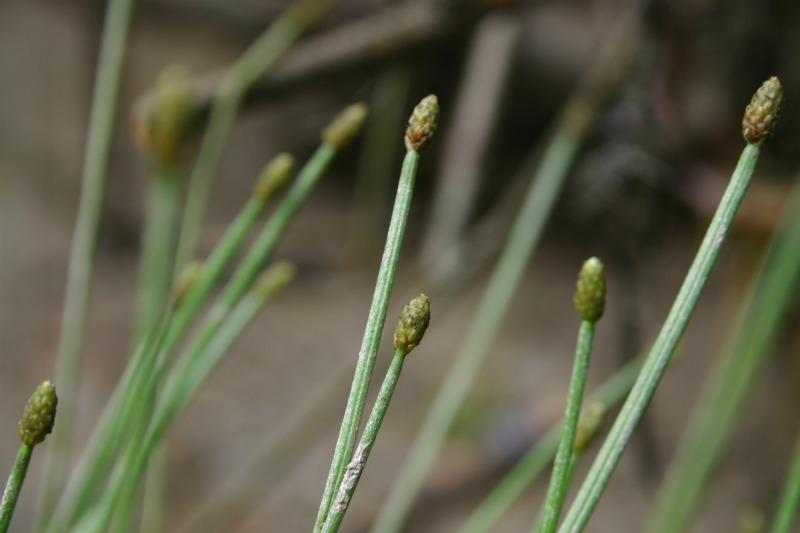