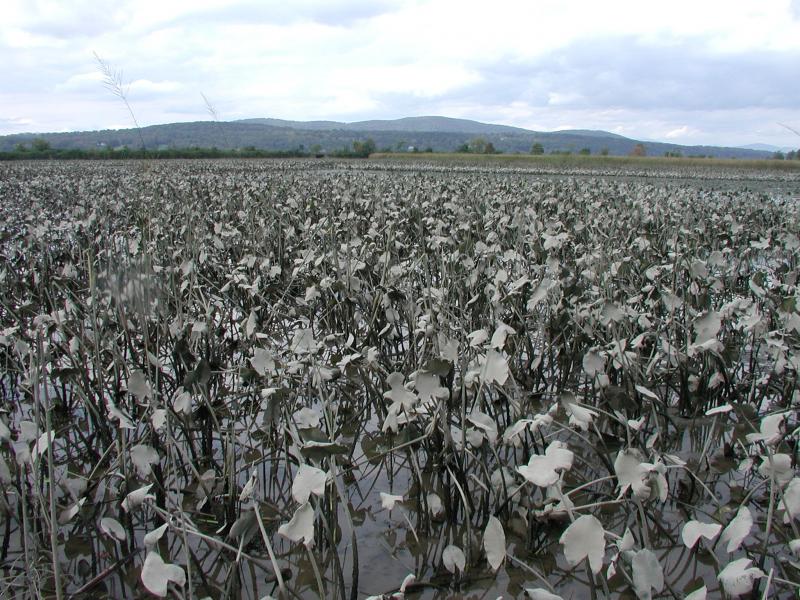 A characteristic species found in freshwater intertidal marshes is wild rice (Zizania aquatica). In addition to providing habitat and food for fish and waterfowl, wild rice has been an important food staple for Native Americans for thousands of years. The ancestral grain to wild rice has even been found in layers of earth dating back 12,000 years! Today, about 23 million pounds of "wild" wild rice varieties as well as "cultivated" wild rice varieties are produced each year around the world - 4 million of which is considered "wild" grow.

This community is restricted to the freshwater portion of tidal rivers. The majority of occurrences are on the Hudson River with over 75% in Greene, Columbia, and Dutchess Counties. There are estimated to be about 40 occurrences in the state. Several of these occurrences are threatened because of shoreline development and invasive plants.

The number of freshwater tidal marshes in New York have probably remained stable in recent decades due to wetland protectection regulations. However, the condition and size of a few occurrences may have declined due to invasive species, such as purple loosestrife (Lythrum salicaria) and reed grass (Phragmites australis ssp. australis).

The main threats to this community are shoreline development (e.g., railroad tracks that impede or alter tidal flow), and invasion of exotic species, such as purple loosestrife (Lythrum salicaria) and reed grass (Phragmites australis ssp. australis). A lesser threat is chemical run-off from railroad maintance or accidental spill. Dredging of shipping lanes may also pose a threat by reducing water quality, or decreasing area due to depositon of dredge spoils.

Strive to minimize or eliminate hardened shorelines and maintain very low-sloped shorelines within the tidal zone. Maintain high connectivity between the river and bays with marshes to encourage full tidal flushing during each cycle of the tides. For example, barriers such as railway causeways should have numerous culverts to allow sufficient hydrologic connectivity.

This community is currently restricted to the central Hudson Valley portion of the Hudson River, ranging from Rensselaer County to Rockland County, with most occurring in Columbia, Green, Dutchess, and Ulster Counties. Small examples of freshwater tidal marsh also occur along tidal rivers on Long Island.

A marsh community that occurs in shallow bays, shoals, and at the mouth of tributaries of large tidal river systems, where the water is usually fresh (with salinity less than 0.5 parts per thousand), and less than 2 m (6 feet) deep at high tide. The vegetation is dominated by aquatics that are emergent at high tide. Typically there are two zones in a freshwater tidal marsh: a low-elevation area dominated by short, broad-leaved emergents bordering mudflats or open water, and a slightly higher-elevation area dominated by tall graminoids.

Typical low-marsh examples are dominated by broad-leaved emergent plants, such as spatterdock (Nuphar advena), that are often mud- or silt-coated from two daily tidal deposits. Other examples have plants similar to those in shallow emergent marshes and can be quite diverse, but the tidal influence should be evident.

Known examples of this community have been found at elevations between -2 feet and 20 feet.

Freshwater tidal marshes are an excellent place to see wading birds throughout the summer. In the lower marshes, spatterdock has showy yellow flowers in mid-summer. Flocking birds feed on and help scatter wild rice and other seeds in the upper marshes in late summer and early fall. 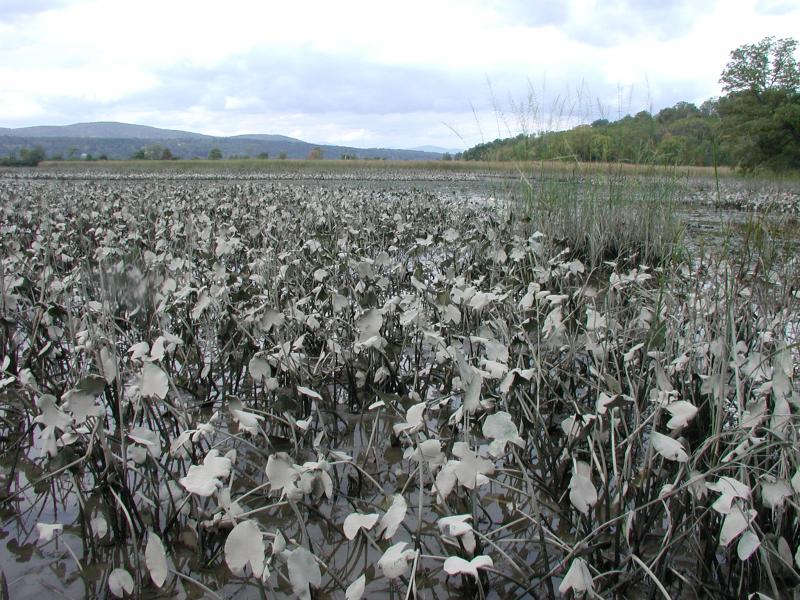 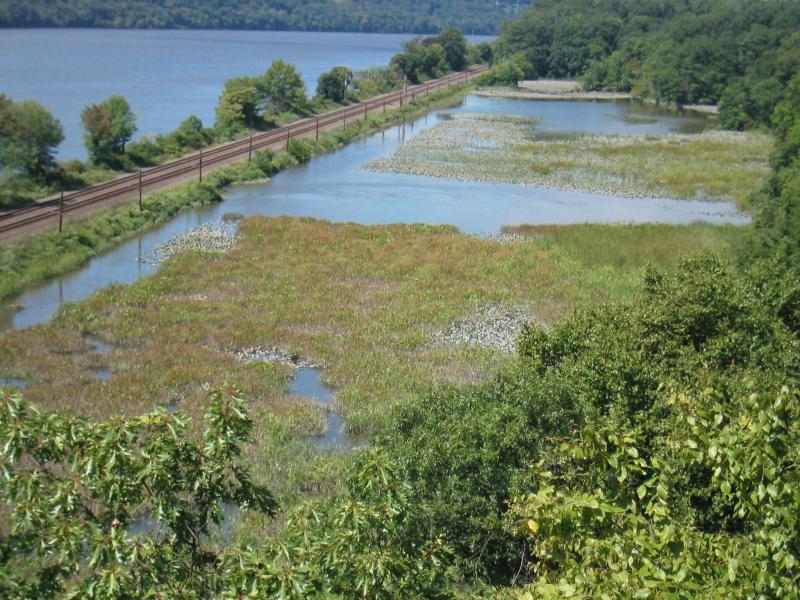 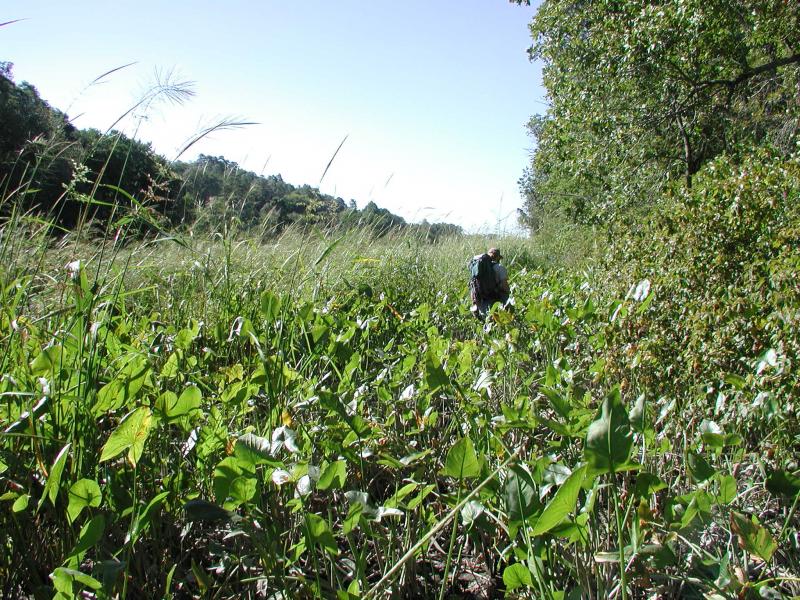 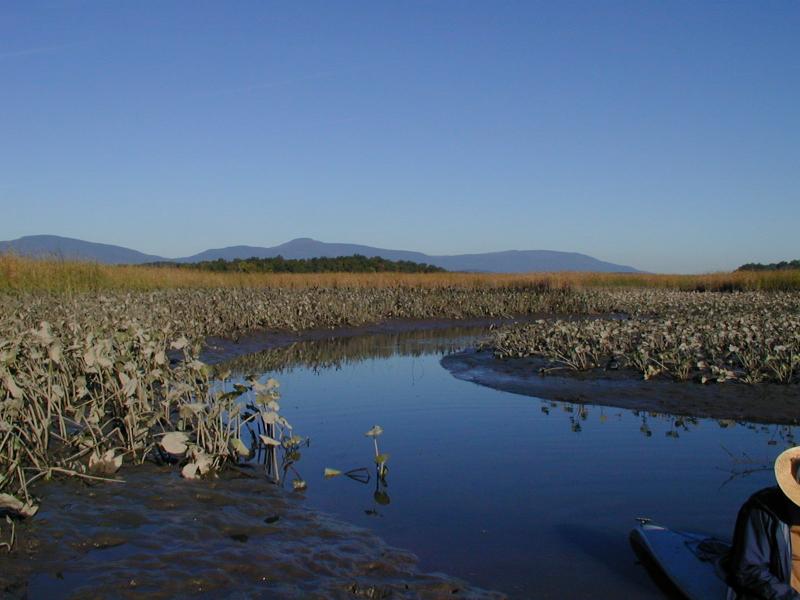 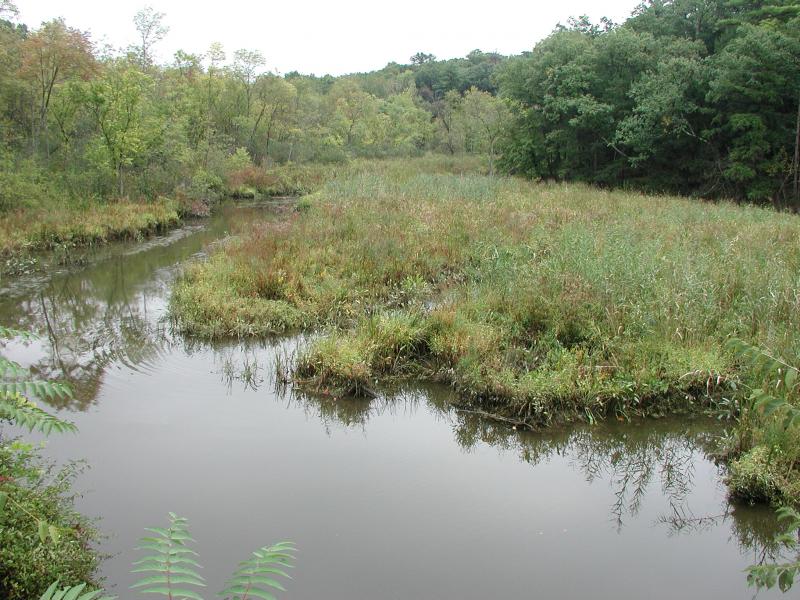 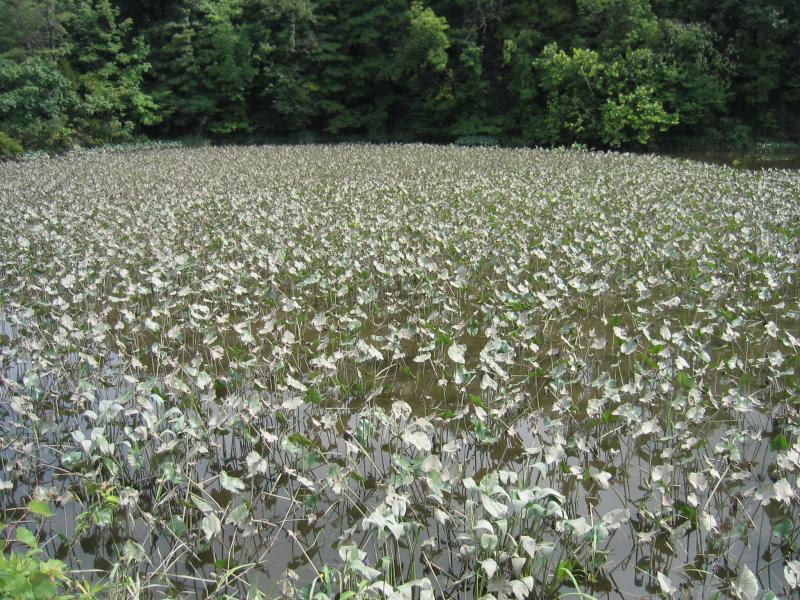 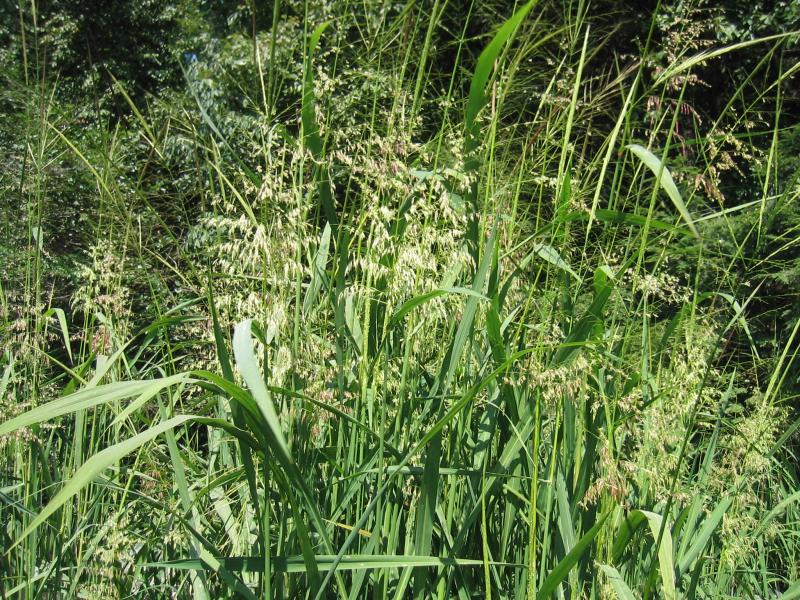 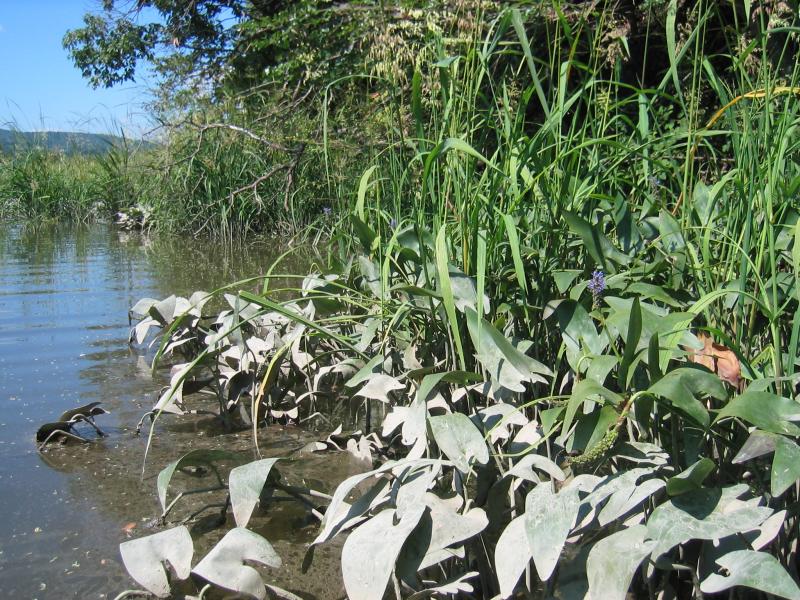 This figure helps visualize the structure and "look" or "feel" of a typical Freshwater Tidal Marsh. Each bar represents the amount of "coverage" for all the species growing at that height. Because layers overlap (shrubs may grow under trees, for example), the shaded regions can add up to more than 100%.