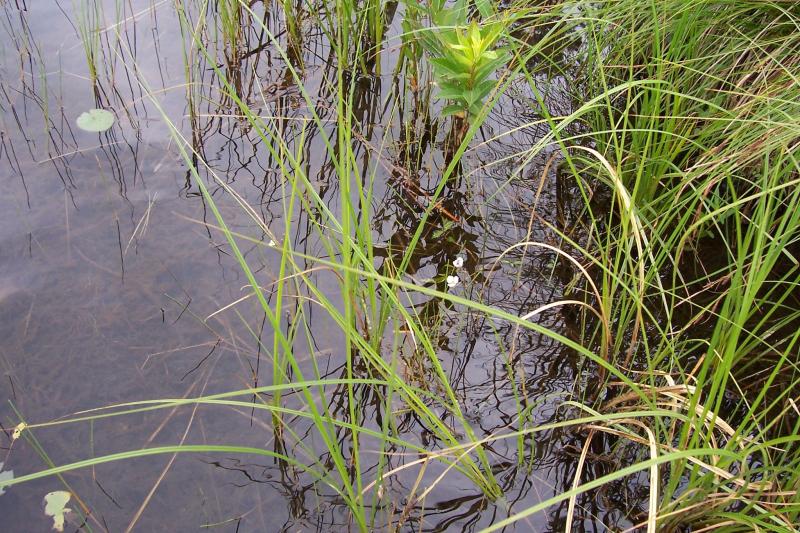 The species name is Latin for cylindrical and refers to the quill-like leaves that are cylindrical in cross-section, unlike other leaves in the genus (Fernald 1950). It was first described and named by Sereno Watson, a 19th century botanist from Connecticut who worked at the Harvard Gray herbarium (Library of the Gray Herbarium 2008).

The short-term population trend appears stable after being resurveyed in 2005, although a couple of them could not be relocated. This may be due to high water levels since short-term trends are often difficult to assess for plants in coastal plain ponds because of fluctuating water levels.

The ong-term trend appear stable since this plant has always been rare and is still found at locations that have been known for over 100 years. However, plants at a couple of locations have been extirpated.

Some ponds have seen direct disturbance by trampling and ATV use but this threat seems to have diminished in recent years. The invasion of Phragmites is also a threat to a few populations.

The pondshores need protection from direct disturbance by ATVs and excessive trampling. Exotic invasive species must be prevented from colonizing new shore areas and any present populations must be eliminated. A natural buffer of at least 200 feet should be established around the ponds to prevent excessive runoff and pollution events.

This wetland wildflower is only known from Suffolk County on Eastern Long Island.

It is rare throughout its range. It grows from New Jersey to Long Island and north to Rhode Island, Massachusetts, and New Hampshire.

Quill-leaf arrowhead is an aquatic plant with erect stems growing 1-8 dm tall from long slender rhizomes. The leaves grow 3-20 cm long from the base of the plant and are tubular, chambered, and long pointed without separate blades. The branching inflorescence has 2-4 whorls of flowers on slender, ascending to spreading pedicels 1-3 cm long. The upper flowers are staminate and the lower ones are pistillate but only one or two produce fruit. The flowers have sepals that are reflexed in fruit and white petals 3-6 mm long. The 12-15 stamen filaments are roughened with minute scales. The achenes are 2-3 mm long with 1-3 prominent toothed wings on each face and a wing on the top. The beak is erect to horizontal (Gleason and Cronquist 1991).

This species can be identified with leaf characters only although it is best to see it in flower or fruit when it can be distinguished from surrounding vegetation.

Two other Sagittaria species occur within the range of Sagittaria teres. Sagittaria engelmanniana has large arrow-shaped leaf blades and filaments that are smooth. Sagittaria graminea has bladeless leaves that are flat and not chambered and often produces larger leaves with blades (Gleason and Cronquist 1991).

The best time to identify this plant is in July through September.

The time of year you would expect to find Quill-leaved Arrowhead flowering and fruiting in New York. 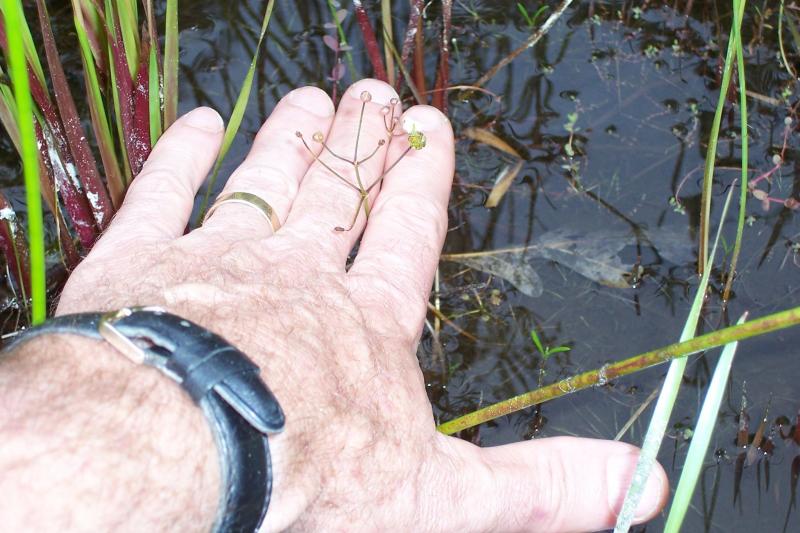 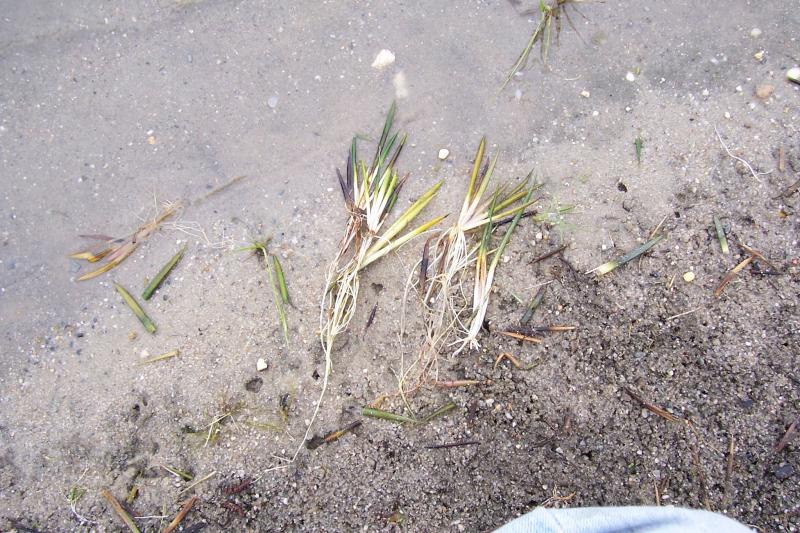 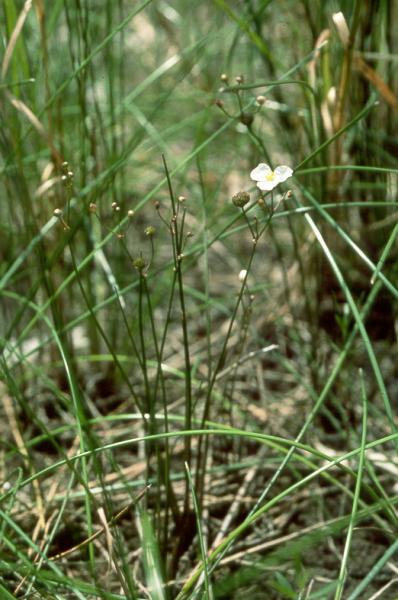