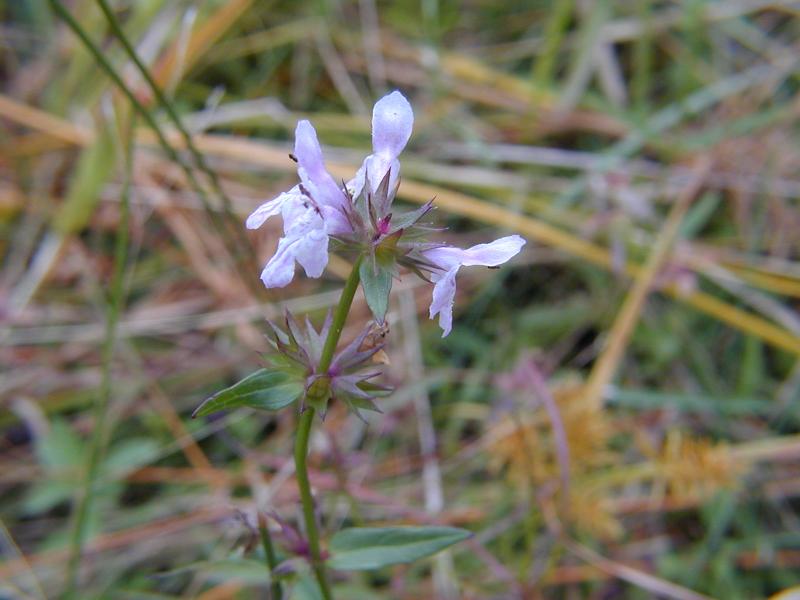 The genus name is Greek for spike and refers to the spike-like inflorescence (Fernald 1950). Only one population in New York has been found away from a pondshore.

There are nine existing populations and some of these Long Island pondshores contain over 150 plants. However, most of the populations are under 50 plants. There are three historical populations from the early 1900s to the 1970s which have not been resurveyed.

Short-term trends are unknown because almost all populations have not been resurveyed more than one time.

The long-term trend appears to be stable. This plant has always been very rare in New York and the number of populations has remained about the same over the last 100 years.

Some ponds have seen too much development along the shoreline which threaten populations with direct disturbance by trampling and ATV use. The invasion of Phragmites is also a threat to a few populations. One population will probably be extirpated by succession.

More information is needed about habitat preferences so existing populations may be augmented.

This species grows mainly on coastal plain pondshores but can also be seen in wet sandy disturbed openings and wet areas of sand roads within pine barrens. One population was in a moist sandy area that had been bulldozed for a house foundation (New York Natural Heritage Program 2012). Moist, usually sandy soil near the coast (Gleason and Cronquist 1991).

This small mint is known only from Suffolk County, Long Island with historical records to the west in Nassau, Queens, and Brooklyn. There are also historical records from the Pine Bush area of Albany County as well as Collins Lake in Schenectady County, and Staten Island, where it has been extirpated.

This wildflower has two centers of distribution. It grows in the Atlantic coastal states from Maine south to northern Florida and in the upper Midwest in Michigan, Indiana, and Illinois. It also occurs just south of Illinois in a couple of counties in Missouri and Kentucky.

Rough hedge-nettle is an herbaceous, rhizomatous, perennial wildflower that grows 3-5 dm tall with stems that are often branched from the base, hairy at the nodes, and sometimes sparsely hairy on the angles. The leaves are opposite, stiff, sessile and linear to narrowly oblong, 2-7 cm long and 3-7 mm wide, tapering to the base and with a few low teeth. The whorls of flowers are spaced far apart and bracts underneath the whorls are without teeth and lance-linear. The sepals are without hairs or with a few hairs on the upper side. Their lobes are narrowly triangular and nearly as long as the flower tube of the white flowers with lavender markings (Gleason and Cronquist 1991).

It is best to identify this species in flower.

Stachys palustris has stems that are hairy on the sides as well as the angles and its leaves are wider, 1-4 cm wide. The flowers are mostly lavender with white markings. Stachys tenuifolia has leaves with petioles and blades that are much wider (Gleason and Cronquist 1991).

The best time to identify this plant is July and August.

The time of year you would expect to find Hyssop Hedge Nettle flowering and fruiting in New York. 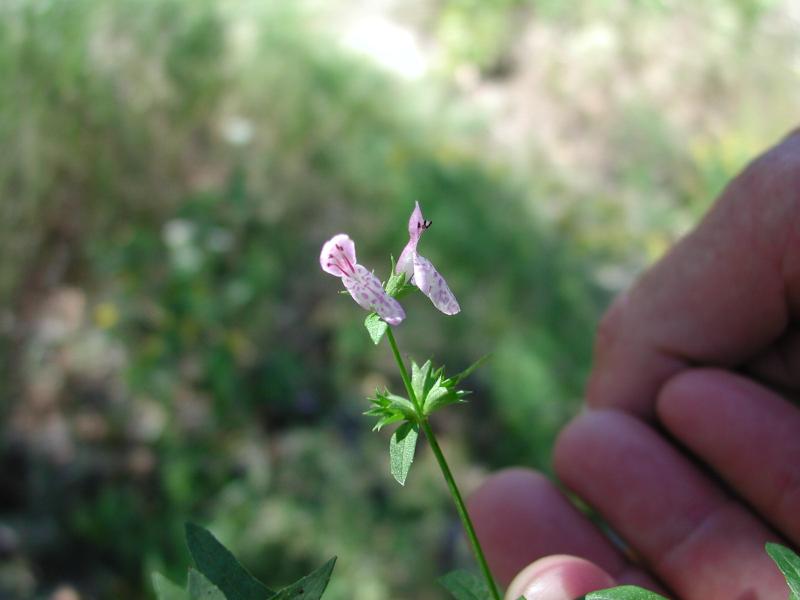 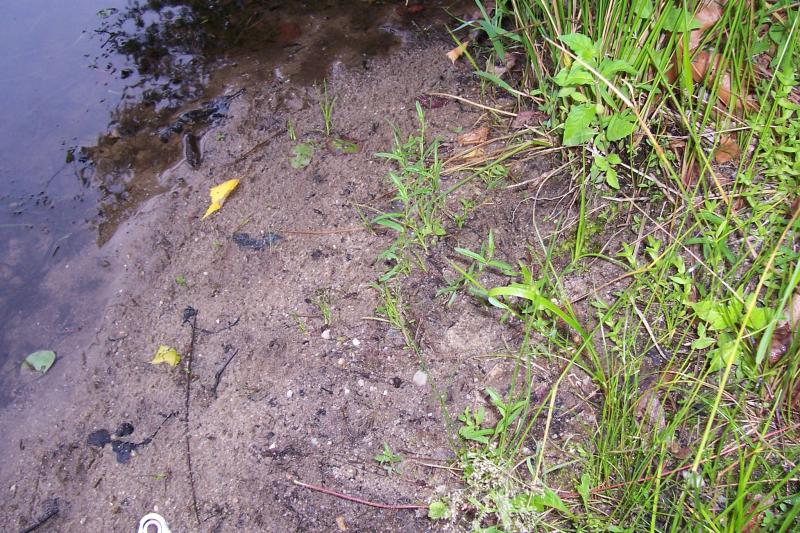