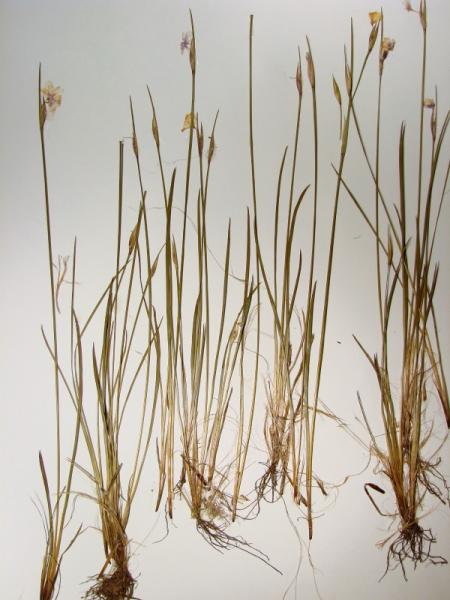 The name mucronatum means with a short straight point (Fernald 1970) as is probably in reference to the pointed tips of the petals.

There are 7 known extant populations and about 16 to 18 populations which have not been seen in over 35 years and are considered historical. Ample habitat for this species exists in New York, but New York is close to the northern edge of its range.

Two populations that were known extant within the past 20 years were searched for again without success. In both cases more survey work is needed to determine if these populations have become extirpated. Overall, short term trends are not clear.

Habitat where populations occur should be managed to help keep these sites in an early successional stage. Fire might be one means of achieving this goal especially at the populations which occur on maritime grassland. Invasive species should be controlled if they appear to be negatively impacting the populations.

Populations that are only known historically should be surveyed to determine if they are still extant.

This species is known from throughout most of New York excepting the Adirondacks, most of northern New York, and the higher parts of the Catskills (New York Natural Heritage Program 2008).

This species is a perennial herbaceous flowering plant in the Iris family. It grows in clumps to 42 cm tall. The stems produce clusters of flowers towards their apices. These flowers have six petals which are dark blue to bluish violet and have yellow bases. The flowers mature into roundish capsules which contain numerous seeds (Cholewa and Henderson 2002).

This species can be identified when it is in flower or fruit.

Sisyrinchium albidum can be distinguished by the rhipidia (cluster of flowers) occurring in a pair at the summit of the stems. Care needs to be taken in observing this character state. Each rhipidium is subtended by a pair of spathes. A leaf-like bract subtends the two pairs of spathes making it difficult to note that two rhipidia are present. In contrast, S. mucronatum has only one rhipidia with one pair of spathes at the summit of the stems. The spathes are not subtended by a leaf (Cholewa and Henderson 2002).

Sisyrinchium montanum is the most similar species that occurs in New York. In fact, narrow leaved individuals of S. montanum approach S. mucronatum. Sisyrinchium montanum can be distinguished by its wider ((1.5)2.0-3.7 mm wide), obviously winged stems and spathes that are green to bronze with margins rarely purplish. In contrast S. mucronatum has scarcely winged stems that are narrower (0.9-2.0 mm wide) and spathes that are purplish (or partly purplish) (Cholewa and Henderson 2002).

The plants are predominately in bloom from late May through most of June. Occasionally plants will be found that are in bloom till as late as mid-July. The fruits begin to form soon after flowering begins in early to mid-June. Fruits predominately last through July although fruits can occasionally be found into September. It is easiest to spot and identify this species when it is in flower and therefore, the best time to survey for this species is from late May through the third week in June.

The time of year you would expect to find Sharp-tipped Blue-eyed Grass flowering and fruiting in New York. 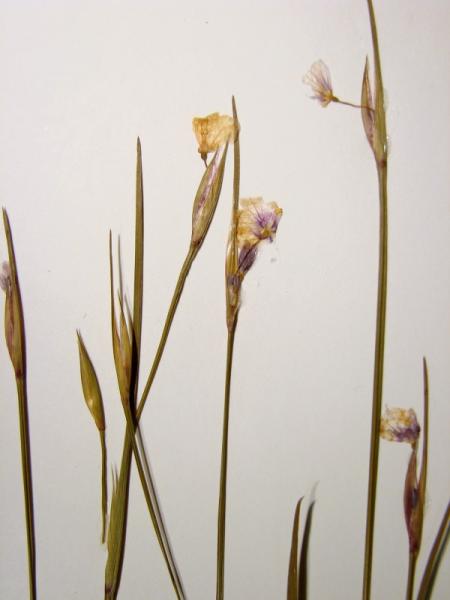 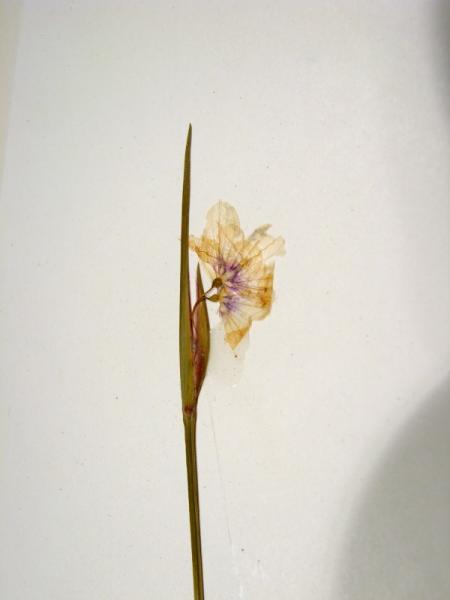 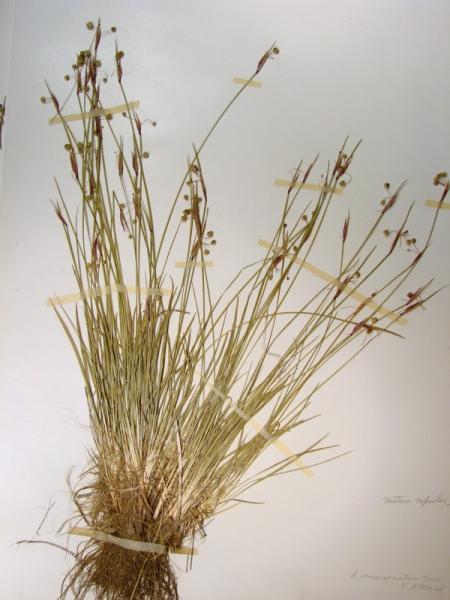 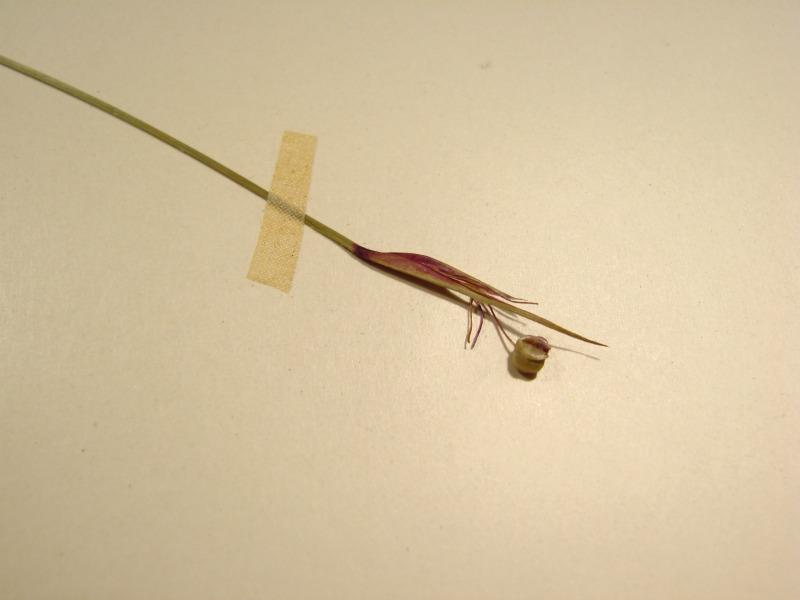 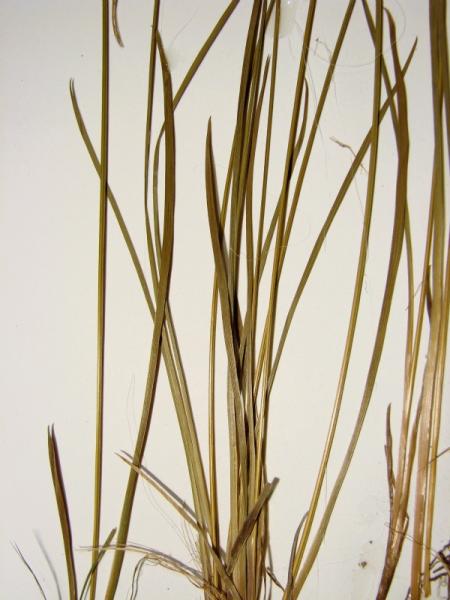 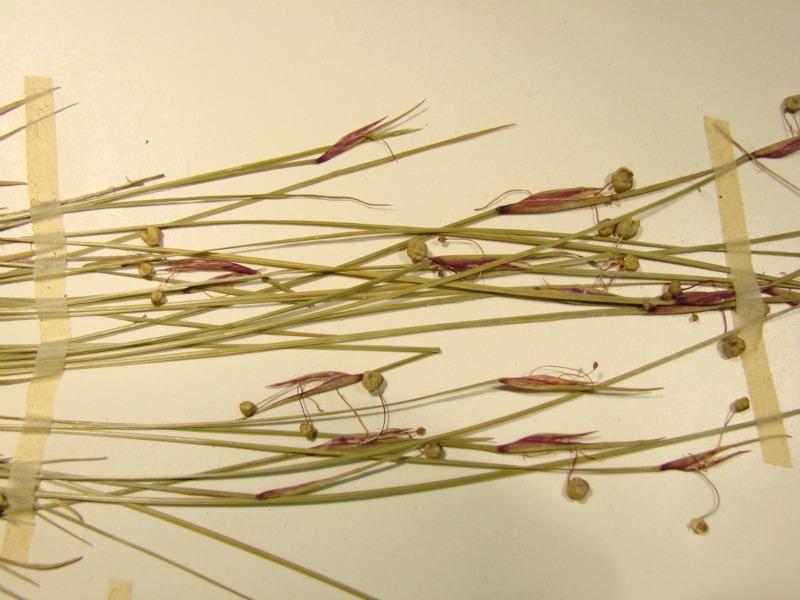 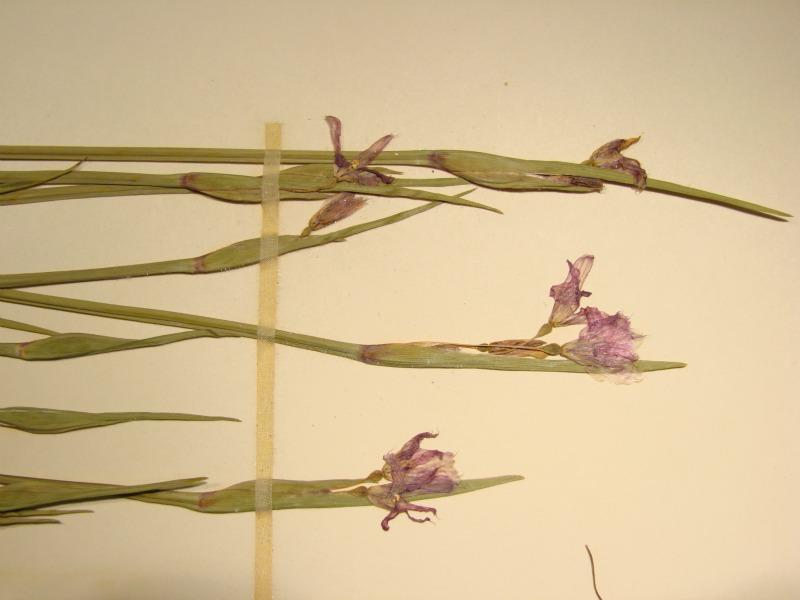 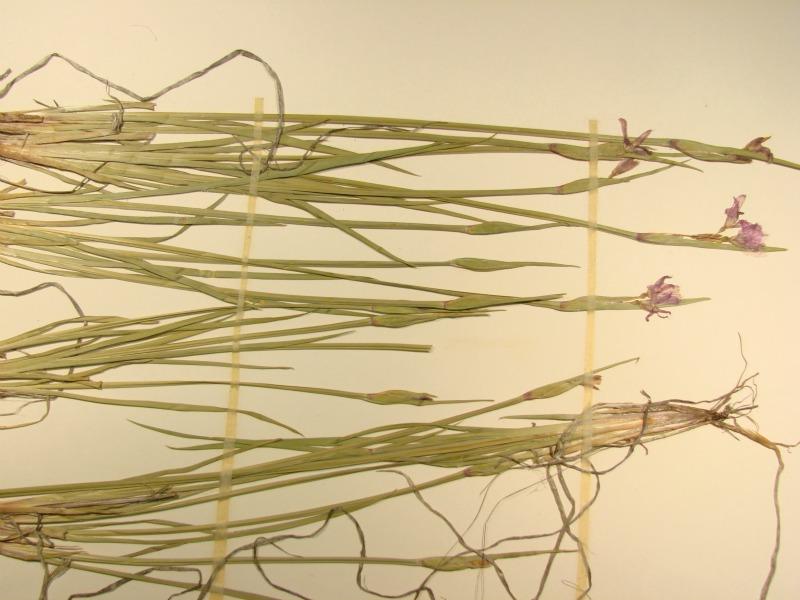 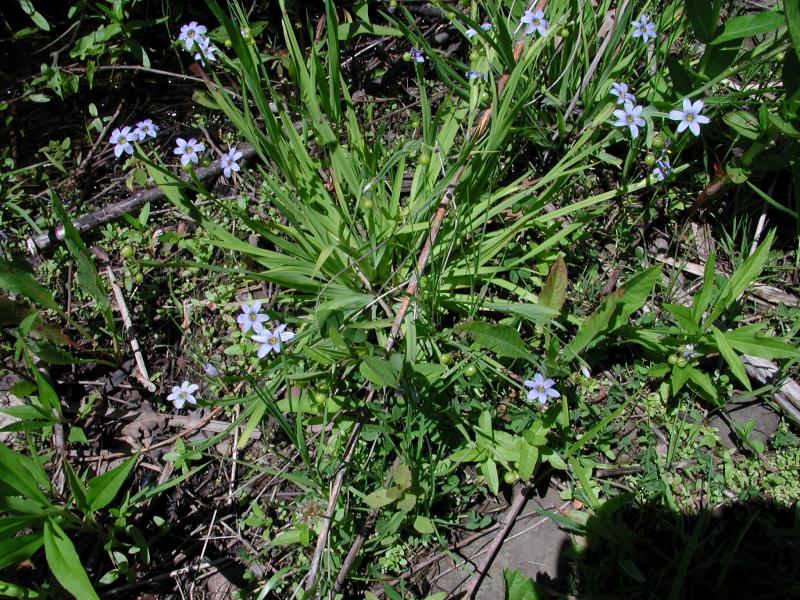 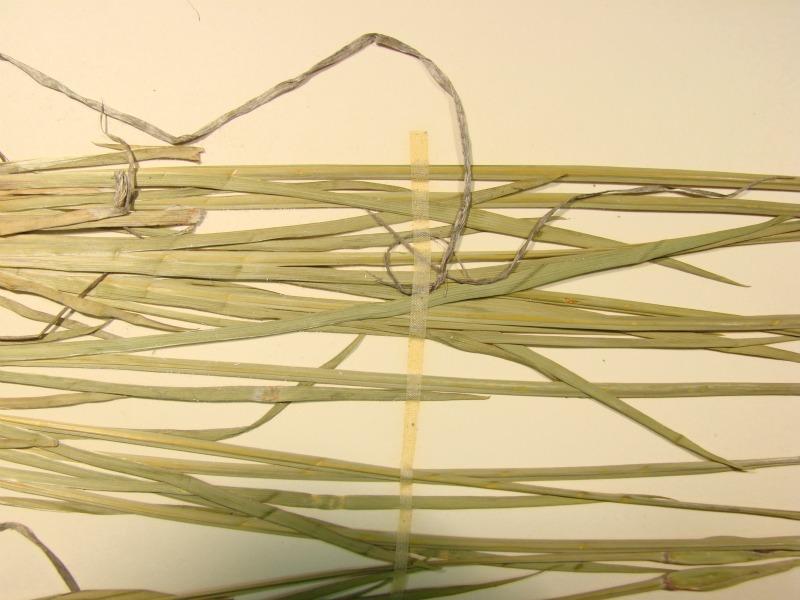