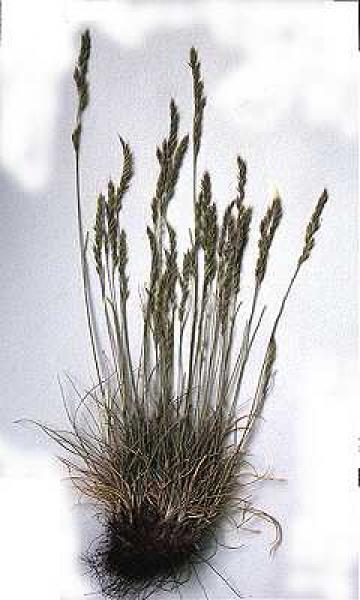 Sheep Fescue is also sometimes known as "Rocky Mountain Fescue"; "saximontana" is a combination of the Latin for rock (saxi) and mountain (montana) (Fernald 1950). Although rare in New York, this species is an important forage species for animals of mountain habitats in the western U.S. and Canada.

There is currently only 1 existing occurrence and 1 or 2 historical records in New York.

Additional inventory and monitoring is needed to determine current population trends in the state.

This species has always been rare in New York. The single existing population has persisted at the site since at least 1910 when it was first discovered.

The existing population may be subject to natural threats such as rockslides. As a boreal species, sheep fescue may also be negatively affected by climate changes.

Rock climbers occasional use the cliffs which are the one known site for this species in New York. Management and education should focus on protecting this and the other rare species at the site from any associated human disturbance.

Additional searching of appropriate habitat and monitoring of the known population is needed.

The only known New York population occurs on a dry anorthosite cliff with in the High Peaks of the Adirondacks.

This species is now known in New York only from a single location in the High Peaks of the Adirondacks, though there are historical records from scattered other locations in eastern New York.

Festuca saximontana var. saximontana grows in open habitats in Canada, Alaska, and Greenland, and perhaps in the Russian Far East. Its range in the U.S. includes most of the west, but east of the Mississippi River it is only known from Wisconsin, Michigan, New York, and Vermont.

This perennial grass is 25 to 50 (60) cm tall, and grows in dense tufts. The basal leaves are hairless, involute (curled upon themselves), and less than 3 mm wide, with the leaf sheaths open for about half of their length. The stems are usually 3 to 5 times as tall as the leaves of the vegetative shoots, and topped by a narrow, erect infloresence (spreading slightly during flowering) 1 to 10 cm long. The spikelets are 4.5 to 8.8 mm long, with 3 to 5 florets each. The anthers are short, up to 1.7 (-2) mm long (FNA 2007).

This grass species is best identified when in flower, though identification from fruiting material is also possible.

Festuca ovina and Festuca trachyphylla have longer anthers (2-3 mm), and are introduced, weedy, and not restricted to alpine habitats. Variety saximontana is the only variety of Festuca saximontana native to New York, and tends to have taller (3 to 5 times as tall as the vegetative leaves) culms than the other varieties.

Sheep fescue flowers mainly during June, and the fruits mature in June and July.

The time of year you would expect to find Mountain Fescue flowering and fruiting in New York. 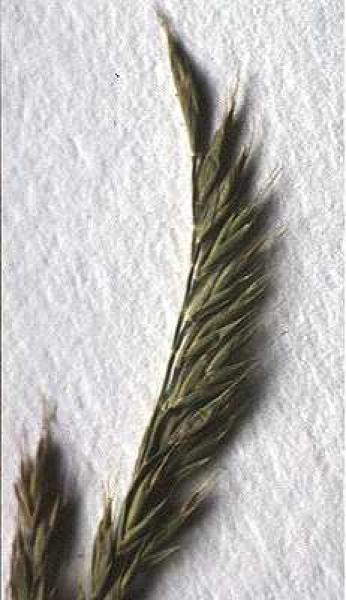