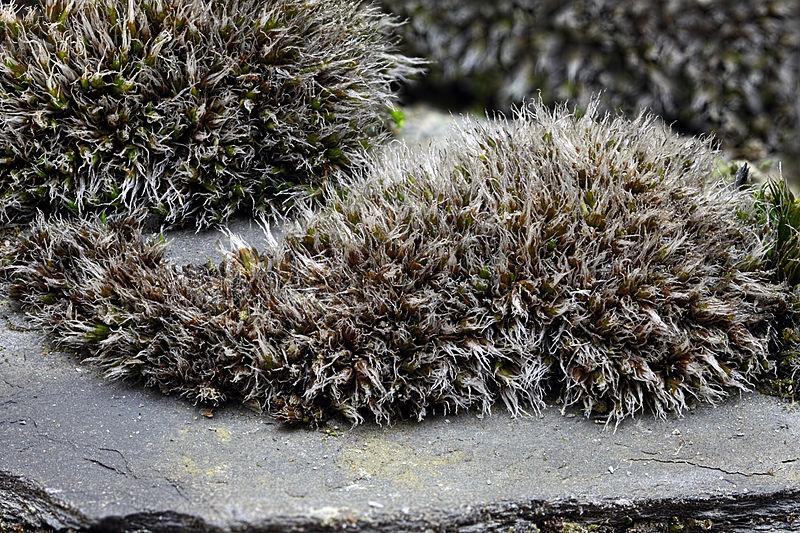 It is the only species of the genus that has a hygrocastique peristome (ring of teeth at the capsule opening) which means its peristome opens when wet and is closed when dry (Flora of North America). In the past the species was put in the genera Grimmia and Weissia. It was assigned to the genus Coscinodon by Richard Spruce in 1849 (Spruce 1849).

The rank was confirmed to be S1 based on Cleavitt et al.'s (2006) report. Four specimens were verified. The last collection was made in 2005.

The short term trend is unknown. There are five known populations, and only one of these has been visited since 2005.

The long term trend for this species is also unknown. Some populations have not been revisited since the 1960's and 1970's, while the other has only been surveyed once.

Habitat loss via the alteration of the cliff habitat through human disturbance or erosion is a threat at one site.

Protect the cliff habitat from disturbance and invasion of exotic invasive species that could,reduce, alter or displace the moss's habitat. Monitor conditions that could accelerate erosion of the cliff-face.

Efforts to better understand and characterize the habitat of this species throughout New York are needed.

In New York the only Coscinodon cribrosus collection with habitat information was found on a calcareous cliff-face in a gorge (New York Natural Heritage Program 2015). Acidic, dry sandstone, shale, and granitic boulders and bedrock exposures but also found on volcanic outcrops and granodiorites; low to high elevations (0-3300 m). (FNA 2007).

There is a small cluster of historical locations in the Hudson Valley in Rensselaer and Saratoga counties with an additional recent collection at a Steuben county site in western New York.

Sieve-toothed dry rock moss has a widespread but scattered distribution in North America (and is found in Eurasia as well). It is known from Alaska, Arizona, Colorado, Maine, New Mexico, New York, South Dakoa, Tennessee, and Texas. In Canada its documented range includes Alberta, British Columbia, Labrodor, Northwest Territoires, Nunavut, Ontario, Quebec and Yukon. It also is known from Greenland, Eurasia, and the northern and montane part of Europe.

Coscinodon cribrosus plants are 4.5 to7 mm tall and dark olive green. Its stem leaves are oval to ovate-lanceolate, 1.1 to 1.9 mm long by 0.4 to 0.7 mm wide. The leaf margins are bent upwards (incurved distally), and the leaf apex is flat (plane) with a 0.1 to 1.1 mm awn. The leaf blade (lamina) has two folds (2-plicate), that do not always reach the leaf base. Further away from the blade base (distal) the laminal cells are two layered (2-stratose) while in the middle (medial) section of the blade they are only one layered (1-stratose). In the basal portion of the leaf near the midrib (juxtacostal) the cells are quadrate to long-rectangular, 20 to 47 µm long by 8 to 12 µm wide and thick-walled throughout. In the margin region of the leaf base the laminal cells are quadrate to rectangular, 12 to 34 µm long by 6 to12 µm wide, with thin or thick end walls and thin lateral walls. The individual plants in vegetative condition (gametophytes) are either male or female (dioicous). The capsules holding the spores are emergent, egg- (ovate) to bell-shaped (campanulate). They have a circle of perforated (cribose) teeth present inside (peristome), that are incurved when dry and relaxed when moist (hygrocastique). The stalk (seta) bearing the capsule is 0.8 to 1.2 mm long (FNA 2007).

Positive identification of Coscinodon cribrosus is easiest with mature capsules borne on the sporophyte stage of female plants. Only a small amount of the female sporophyte (reproductive stage) plant that includes the mature capsule along with accompanying stem bearing leaves is needed.

Cosinodon cribrosus grows in small (up to 1 cm tall), dense, hoary tufts with very long hair points and looks much like a compact species from the moss genus Grimmia. It can be separated from Grimmia species occuring in New York by its large, typically bell-shaped, grooved (striate), hairy cap covering the sporophyte. Other notable characteristic features - incurved margins near the leaf base and longitudinal crimping near the leaf tip - can be seen in the field with a hand lens. When in its sexual reproductive form, Coscinodon cribrosus' hairy caps (calyptrae) covering the sporophytes are large, loose-fitting and pale; the capsules otherwise look like those of Schistidium.

Capsules are rare, but when present mature winter through spring.

The time of year you would expect to find Sieve-toothed dry rock moss vegetative and fruiting in New York.

Information for this guide was last updated on: January 6, 2016