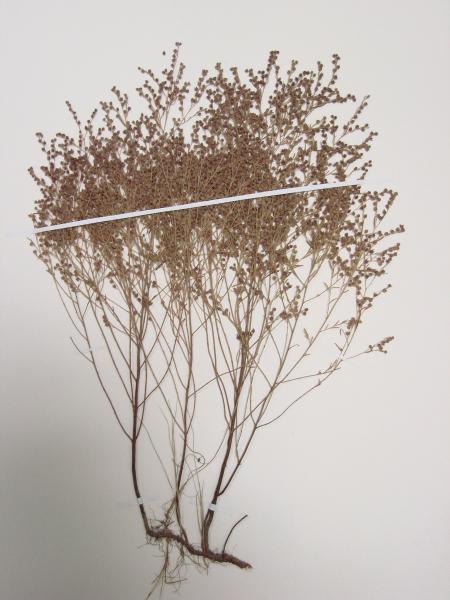 The genus Lechea was named by Linneaus for Johan Leche (1704-1764), a Swedish botanist who taught in Finland. He is regarded as the father of meteorology and space research in Finland for his early measurements of air temperature (at the suggestion of Anders Celsius) and documentation of the northern lights. So the next time you are looking at Lechea on a hot day think of Dr. Leche. The species name refers to the very long narrow leaves of the basal shoot.

There are 18 existing populations but only four of these are in good condition with substantial numbers for good viability. Five populations need to be resurveyed to obtain more information about condition and numbers. There are seven historical occurrences.

Existing populations seem stable although more survey work needs to be done to assess more populations since many plants occur in human-disturbed areas that could change quickly.

This species was never common in New York and is restricted mainly to eastern Long Island with a few disjunct populations in the Hudson Valley. Many historical populations have been relocated and there are now more existing populations than remaining historical records. Over the last 100 years the number of populations has probably remained about the same even though the size of the populations may have decreased.

The open habitat, often along roadsides and trails, is threatened by improper maintenance that destroys plants during the growing season or by direct impact from vehicles and ATVs. Hikers do not seem to affect the plants as much as vehicles. Conversely, if the habitat is not kept open the plants are threatened by succession.

Prevent direct damage from vehicles and ATVs. Keep the habitat open by mowing but refrain from destroying plants before they flower and fruit.

In New York Slender Pinweed occurs in dry, often grassy, natural or artificial open habitats. These include pine or oak barrens, and disturbances within them such such as roads, firebreaks, ATV trails, or runways, as well as rocky slopes and summits on limestone. (New York Natural Heritage Program 2007). Dry sandy or rocky open woods and slopes (Fernald 1970). Dry soil, upland woods and barrens (Gleason 1952).

In New York Lechea tenuifolia is found on Long Island and in the lower Hudson Valley as far north as Orange County.

Slender Pinweed reaches the northeastern limit of its range in northern New England, and is known from all states east of the Mississippi, except Michigan, and west from Minnesota to Texas. In Canada it is known only from Manitoba.

Slender Pinweed is a perennial herb, the stem with ascending hairs and up to 30 cm tall. It has small (< 2 cm long) linear leaves usually at least 10 times as long as wide. Late in the growing season the plant produces basal shoots with many, crowded, tiny (3-6 mm long) leaves. The flowers are in a large, branched infloresence (a panicle). They have 5 sepals, the 2 outer ones are linear and exceed the 3 inner ones as well as the 3 red petals (and later, the 3-parted, dry fruit). The flowers rarely open (Voss 1985).

This species is best identified late in the growing season when the leafy basal shoots and ripened fruit are present.

The genus, when flowers are present, is distinctive. Lechea mucronata has keeled sepals, and the leaves of the basal shoots are larger (to 15 mm) and elliptic. L. racemulosa and L. minor both have stem leaves less than 10 times as long as wide (Gleason and Cronquist 1991).

Slender pinweed begins flowering in August and fruit may be present from August into November.

The time of year you would expect to find Narrow-leaved Pinweed flowering and fruiting in New York. 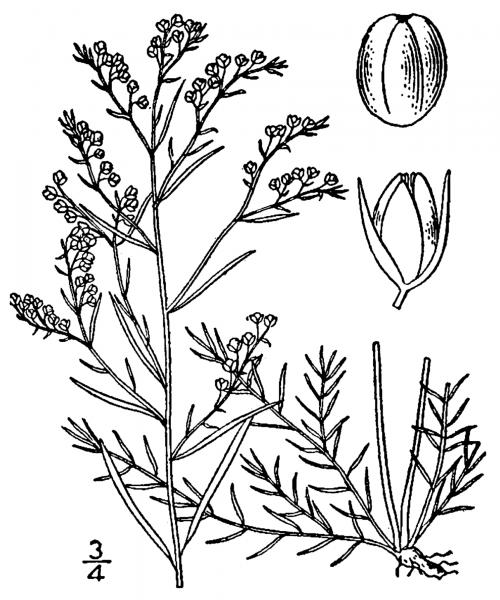 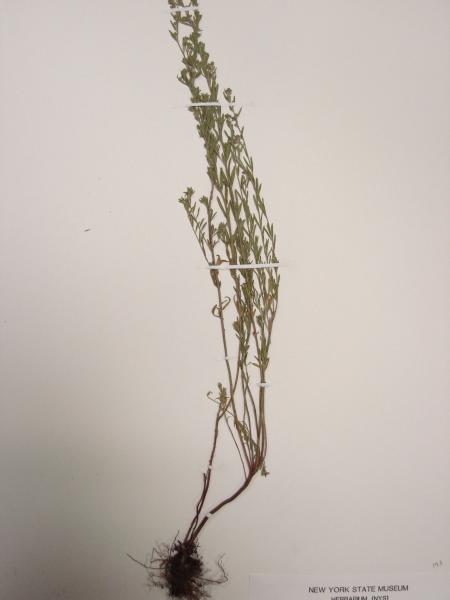 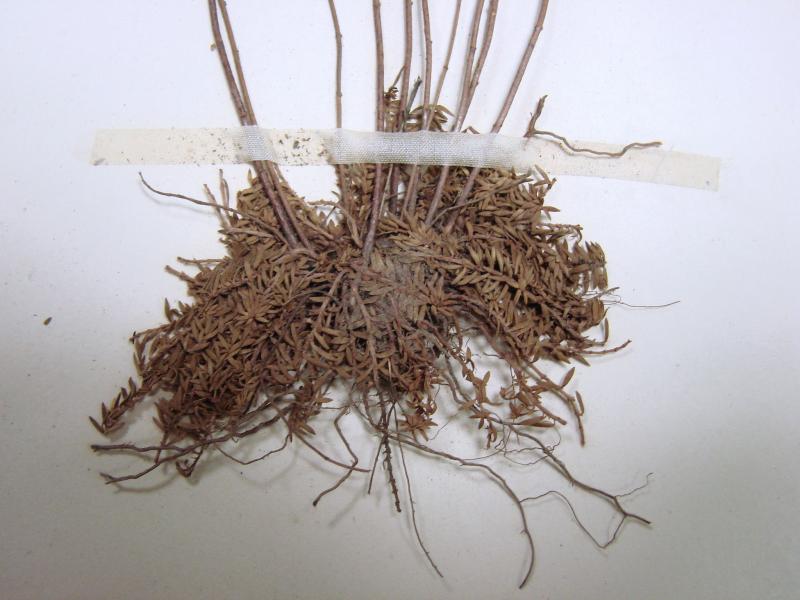 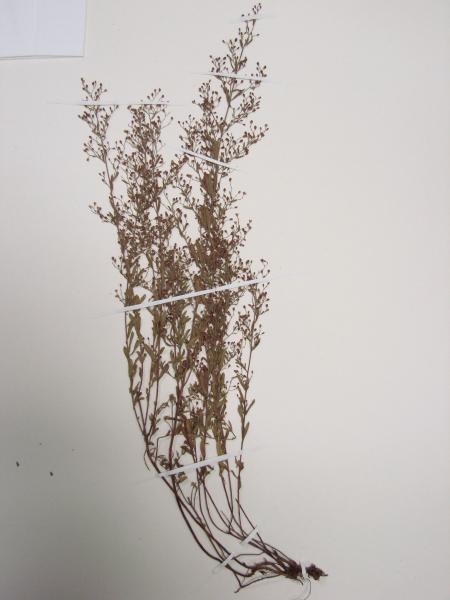 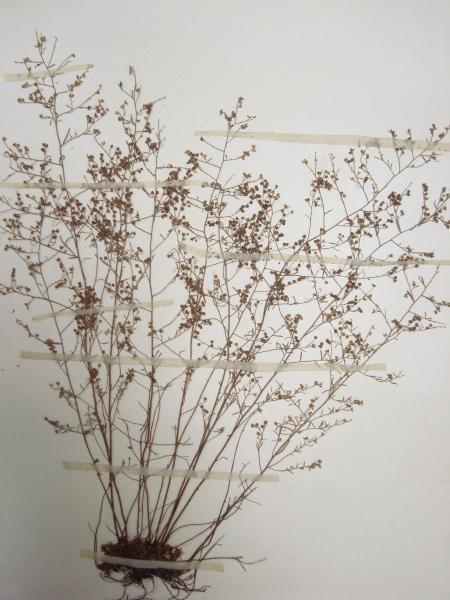