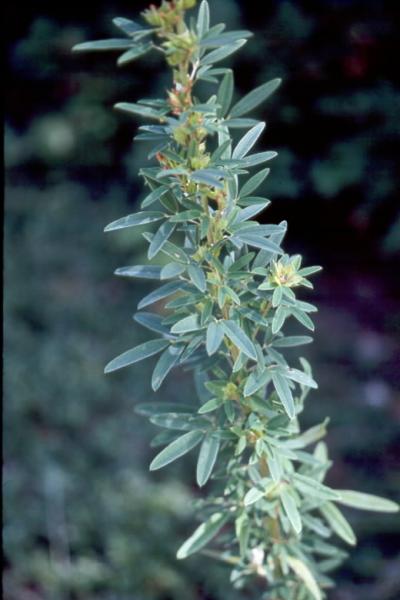 This plant was named for 19th-century Prussian botanist and pharmacist Wilhelm Stuwe (Haddock 2010).

There are nine existing populations but only three of them are large. There are 25 historical occurrences, mostly in Nassau and Suffolk counties on Long Island but many of these have probably been extirpated.

The succession of the open grassland habitat to more woody plants is a threat.

The open habitat needs to be maintained in an open canopied state but the plants should not be disturbed during the growing season.

There are no research needs known at this time.

In New York it grows mainly in disturbed openings dominated by grasses and wildflowers within pitch pine scrub oak barrens, pitch pine oak woods and coastal oak hickory woods. It can often be along trails or roadsides within these woodlands (New York Natural Heritage Program 2012). Dry upland woods and barrens (Gleason and Cronquist 1991).

The largest number of populations occur on Long Island and Staten Island where it is currently known from Staten Island and Suffolk County on Long Island. There are historical records north along the Hudson Valley to Washington County and one record in the Southern Tier in Tioga County. There is also an unconfirmed report from Erie County.

This is a plant of the southeastern and central US. It extends to the states of the Northeast where it is rare except in the southern New England states of Massachusetts, Rhode Island, and Connecticut.

Velvety bush-clover is a perennial that grows erect as either a simple stem or a stem branched towards the top. It grows to about 1 meter tall and the stem is covered with soft hairs that stand out. The leaves are on short petioles and have 3 elliptic leaflets. The largest leaflets are 1.5-3.5 cm long, hairy above and densely velvety below. The purple flowers are in dense racemes in the upper axles of the leaves on peduncles that are shorter than the leaves. The flowers are 6-8 mm long. The upper two sepals-lobes are not joined together or only slightly joined at the base. The fruit is densely hairy (Gleason and Cronquist 1991).

Distinguishing characteristics: leaves wooly or velvety with spreading hairs, beneath; calyx lobes 1.7-3.5 mm, the 2 uppermost connate less than half their length and not extending to the middle of the fruit, fruit velvety. Best life stage for ID: in fruit. Characteristics needed to ID: leaves and fruit.

The best time to identify this plant is when it is in flower or fruit.

Lespedeza virginica and Lespedeza intermedia are closely related and much more common but the undersides of their leaves are not densely velvety but only with long hairs that are appressed to the leaves. The upper two sepals-lobes are joined together at least half of their length. Their fruits are somewhat hairy but not densely hairy (Gleason and Cronquist 1991).

The plants flower beginning in August. Fruits develop in September and are visible through October.

The time of year you would expect to find Stuve's Bush Clover flowering and fruiting in New York. 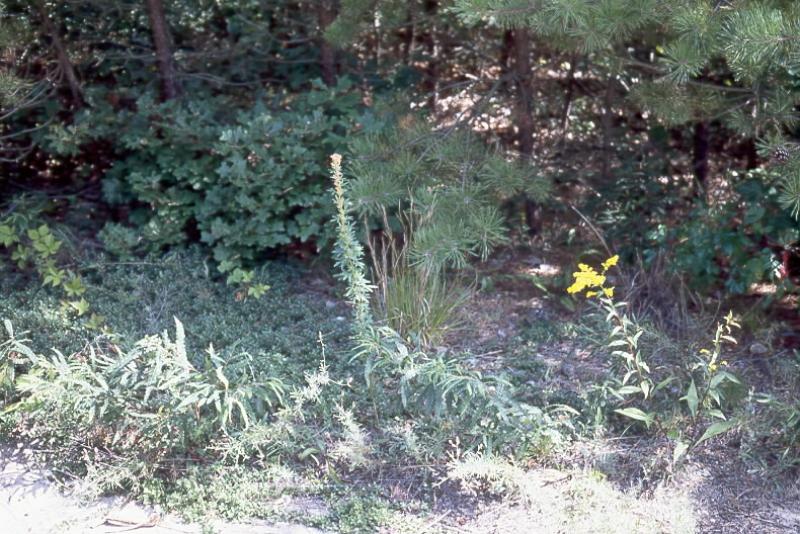